First, let me remind you of something. NASA scientists on several occasions have discovered on Mars mounds and geometrical ancient settlements.

After checking the very first panorama photo I have come across a few distinguishable statue features and other identifiable pieces of what can only be called ancient Martian artefacts.

Identifiable artefacts and other distinguishable pieces of Mars debris (can it be called ancient debris) are part of a larger collection of very, very familiar looking coincidental pieces of stuff you'd find here on Earth and what's more is that I don't believe in coincidences! But what other actual or specific word can I call it? Cover up? Lies? Known objects? Deliberately worded so that nobody knows that NASA is aware 9f an ancient civilization that lived on Mars and the Rovers are sweeping "actively sweeping Mars." They're not actively sweeping Mars, haven't you ever wondered why NASA is actively sweeping the Martian surface. It's not just taking lovely panoramic photo's, lol. It's sweeping the surface looking for something, and it's something that is worth hundreds and hundreds of billions in dollars of research and development of vehicles to carry out the full scale survey of Mars. And that's just an undisputed fact. 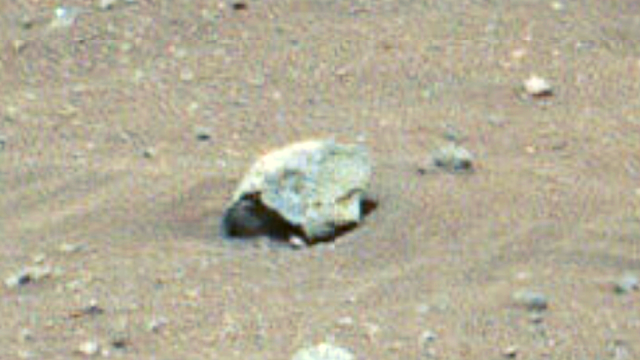 Jezero Crater’s Delta Is Getting Closer: The expanse of Jezero Crater’s river delta is shown in this panorama of 64 stitched-together images taken by the Mastcam-Z system on NASA’s Perseverance Mars rover on April 11, 2022, the 406th Martian day, or sol, of the mission.

After collecting eight rock-core samples from its first science campaign and completing a record-breaking, 31-Martian-day (or sol) dash across about 3 miles (5 kilometers) of Mars, NASA’s Perseverance rover arrived at the doorstep of Jezero Crater’s ancient river delta April 13.

I'm on the outside looking in with a bagful of distinguishable artefacts and it feels like I'll be laughed at for calling them part's of a lost ancient civilization. The only way to describe it all is to call this lot part of a coincidental set of rock's that are collectively or individually pareidolia pieces in appearance which are fooling people like me into thinking that they're from an ancient past civilization.

Is it *pareidolia or something else entirely like an ancient Mars culture that existed long enough to be established, culturally established where ststues have been introduced so we can definitely say it's a culture of at least 2K years in Earth terms and following the timeline of Earth's "human cultures." Martians are definitely different from the bottom to the top both in appearance and culturally. But there has to be similarities, right between humans and Martians because we both are from different planet's.

Are Martians and Humans similar or completely different from both communication and appearance? We might never know unless we uncover a statue perhaps, which could show us their appearance and culture all in one swoop.

Is this a statue in the photo? Is there anything else that has been found on Mars that could back up this theory? Yes, that's the answer to that question. There's been a lot of statues and UFOs discovered on Mars by a lot of people (myself included) who have been posting their finds on the internet which is what I'm intending to do from now on as this is something that I've always wanted to do but just didn't want the ridicule! Well, I'm over that. I'm totally over it from now on because the evidence is overwhelming and there's not enough people to write about it all, so I'm stepping in to fulfill my dream and fulfill the shortness in people actually discovering and posting these Mars anomalies.

Here's a quick video that I've done to show the strange Martian dry riverbed statue of a face:

*Pareidolia and what is pareidolia?

Answer; Pareidolia is the tendency for perception to impose a meaningful interpretation on a nebulous stimulus, usually visual, so that one sees an object, pattern, or meaning where there is none. Wikipedia.