If you know me or are aware of my website's or even know of what I post about then you'll already know that I don't believe in coincidences, at all.

There's no such thing as a coincidence because as you'll probably already know, everything happens for a reason, right. So based on that, there can't be a coincidence or a coincidental occurrence.

Spaceship And A Dome Home Found On Comet 67P

Let's just take a deep look into our own timeline and get a shortened version of what is no doubt a long story - a kind of peep into our history "wart's and all". I'm talking about the "hidden in plain sight knowledge" in say for instance ancient Egyptian tombs or found scrolls and religious texts including in carved reliefs in public for everyone to see. They're definitely there, in fact if you Google it you'll find way more than i could ever write about (don't go nowhere lol).

Just like the painting's with UFOs in them and as anyone might think after seeing just a fraction of it everything is all wrong including history that's been taught in schools! But there's just way to many examples for it to be wrong orade up because we're talking about anomalies that spans centuries and centuries.

Mainstream archaeology discoveries are shown in only one light and guy's we all know that it's not Extraterrestrials or a cover up and we are obviously looking at it wrong! If it cant be explained it will get tucked away in whomevers country that discovered these "anomalies" in their national antiquities museums never to see the light of day again. Let's take the UK for instance, The British Museum. Omg there's apparently over 2 million pieces of antiquities but only a single digits worth of antique or ancient historic pieces are on display at any one time.

We're talking about 2 to 5 percent of their stash is on display and of these 2 million pieces what percentage of it all do you think cannot be explained or hasn't got a back story with it, or it shouldn't even exist but yet there it is? It's not as high as you might think but it's still a lot of pieces from unknown origins, ie it can't be explained or attributed to anyone or any particular peoples, places or time in history?

Well, for that answer we need to look up how many things are still in situ but shouldn't exist?

The hidden in plain sight anomalies.

Then we can at least say that if there's stuff still in place that shouldn't exist, it stand's to reason that some thing's have been recovered and stashed away, right? Or, they've been recovered and absolutely obliterated and possibly taken apart right back to it's components and if you think that people didn't hide thing's in plain sight back in ancient times just think about the General E. Lee statue with the time capsule directly below it hidden in plain sight. So we definitely know that the people who was in charge in the olden days of "long ago" really did hide who knows what in that particular time capsule. Sure there's an official statement, stating what they want us to know was inside the time capsule but they could say anything. Anyway, let's take a look at this totally unexplainable ancient Egyptian tomb carving of modern day symbols which has been verified as been from King Seti I reign.

Oh believe me this is 100 percent legitimate and real because archaeology expert's have dated it and I suppose we should accept it, you know because it fits the narrative lol:

Helicopter hieroglyphs refer to an Egyptian hieroglyph carving from the Temple of Seti I at Abydos. The "helicopter" image is the result of carved stone being re-used over time. The initial carving was made during the reign of Seti I and translates to "He who repulses the nine enemies of Egypt". 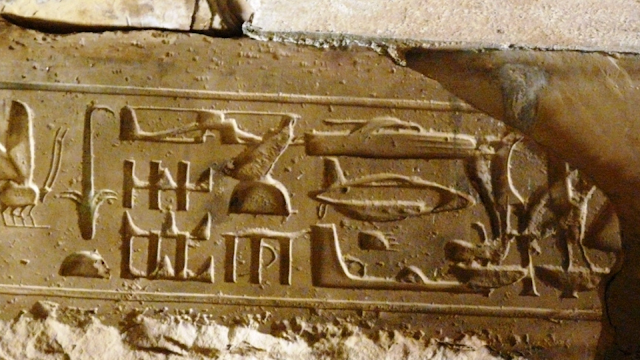 I seriously could not believe it when the archaeological expert's actually verified this ancient historic carving after long investigations. But let's not forget about the UFO disclosure in 2017 or should I say UAPs because if we combine all the information of not just a helicopter but a submarine and a modern day Tic Tac UFO, the air ship in the carving, the tank etc then I start to realize that there's a lot to this Earth that we humans are not understanding? There has to be because we're seeing in ancient times technology which hasn't been invented yet but will be. Then there's the US Government admitting to UFOs and supplying not one but three UFO videos. They call it Unidentified Aerial Phenomena but it's UFOs in all but name. All this reality has been done before and of that im convinced. How else do we describe prophecy that has come true, it's a very hard subject to understand?

My thoughts and opinions...

Is our reality like a record on an endless loop  like a heartbeat expanding and contracting or is this just one simulation of many endless best outcome scenarios where absolutely everything is added artificially otherwise it's not a proper simulation, it's just part simulation. Are we all an experiment...

I ask this because it's exactly what is happening with Covid outcomes. Scientist's are running simulations to get closer to the 100 percent vaccination protection and to do that they need AI which is so advanced it's indistinguishable from the real world, just ask Elon. Simulations are running and outcomes are being checked, onto the next one.

Is this life like that of a simulation, I suppose we "should" never know...

Here's a bit more information on the Helicopter carving:

As with all dates in Ancient Egypt, the actual dates of Seti's reign are unclear, and various historians propose different dates, with 1294 BC to 1279 BC[3] and 1290 BC to 1279 BC[4] being the most commonly used by scholars today.

So, as with anything guy's, please let yourself explore and research instead of been told something and believing it. I used to believe that it's a modern day fake but as it turns out when i did my own research it's actually a real carving from King Seti's reign. So it goes to show (for myself at least) that it really does pay to do my own research.

Hidden In plain sight knowledge! Check this out:

The star map of “Safety Island” has baffled visitors for decades.

I've just got started on hidden in plain sight knowledge and ooparts. That stands for Out Of Place ARTefactS. There's no limit to how many things are hidden in plain sight because we're still finding brand new but ancient buildings for instance in the Amazon, underground in Peru, tombs in Egypt, ancient tunnels in Scotland to Iran. There's out of place artefacts in Kuwait, Sumerians lived in modern day Iraq then there's the ancient Mayans and so on and so on.

The Sumerians gave the world it's very first writing system that literally just came about "overnight" from nowhere! We're talking about a fully fledged writing system with intricate words, phrases, pretty much everything that a sophisticated writing system needs and it evolved just like a modern day writing system. We're constantly adding to our English language. When the ancient cuneiform tablets of Mesopotamia were discovered and deciphered in the late 19th century CE, they would literally transform human understanding of history.

Prior to their discovery, the Bible was considered the oldest and most authoritative book in the world. That shows us just how important it is in the timeline of humanity. But yet cuneiform still appeared from nowhere! Overnight it just was and that is for me, the absolute deal breaker as far as coincidences go. There's no such thing as coincidences only deliberate acts that influence and affect directly and indirectly! 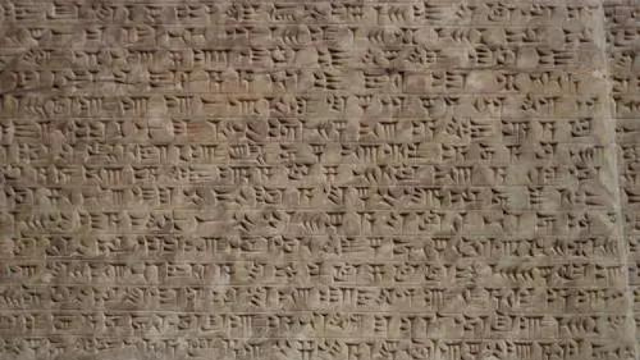 I've found a perfect video that explains why it's important to research for your own answers to questions about Extraterrestrial entities and ancient technology. Take the ancient Mayan people with their depiction of a spaceship on a tomb lid. The carving is there, it's ancient but yet it clearly depicts a working spaceship or "UFO". It could only be a literal translation because of the petroglyph system. Depiction of what was actually there, as there is no way that it's a lie or misleading information. They carved what they saw, their calendar, their knowledge of the stars right down to war, religion and even sports.

Here's a couple of fantastic videos with the first directly below showing actual real space artefacts X2 to be precise and that's been proven to have come from outer space that was found in King Tut's tomb. A gift from Extraterrestrial entities or created from a meteorite... The jury is still out on that one.

The second video is about Extraterrestrial entities hidden in plain sight on Earth, please enjoy:

King Tut's tomb had numerous ancient artefacts inside of it, two of them came from out of space. Architects found that the dagger and Tutankhamun's breastplate inside King Tut's tomb to be remnants of an asteroid that hit Ancient Egypt. Check out Egypt's Unexplained Files to see how Egyptian pharaohs were mummified and preserved for thousands of years.

Here's the second video about Aliens hiding in plain sight here on Earth: 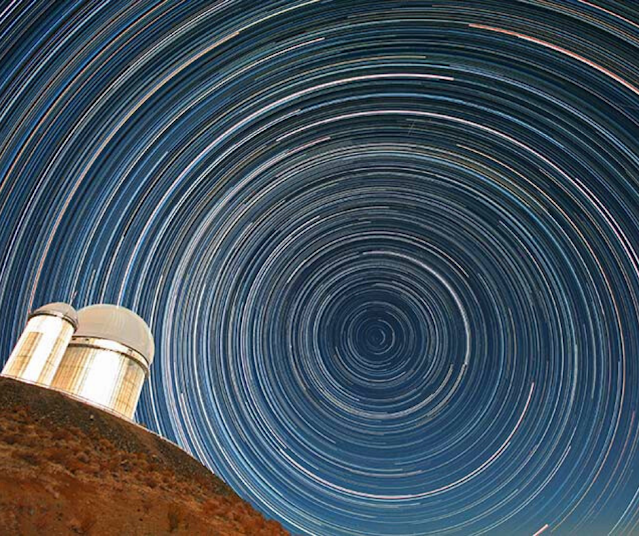 Long exposure of star trails depicting how all the stars appear to revolve around the earth’s celestial axis, which is currently pointed close to our current North Star - Polaris. Note that when I say that the stars of the night sky “appear to” rotate around Polaris, it is because this apparent rotation is only due to our vantage point on a rotating planet.

Presently, this center point lies very close to the conveniently bright star Polaris. The reason we have historically paid so much attention to this celestial center, or North Star, is because it is the star that stays put all through the course of the night. Having this one fixed point in the sky is the foundation of all celestial navigation.

The earth sits at roughly a 23 degree tilt. Axial precession is that tilt slowly wobbling around in a circle, changing what we perceive as the celestial pole or “North Star.” (Image from Wikipedia entry on Axial Precession.)

But that point near Polaris, which we call the North Star, is actually slowly moving and tracing a circle through the night sky. While Polaris is our North Star.

Please could you help share this post with anyone else who has an 8nterest in anomalies and ancient history strange anomalies, cheers. Don't forget to leave your thought's and opinions also, thanks.