Here's a fantastic UFO sighting that happened above a nuclear power station. There's always something happening in the UFO world which is eye opening.

Yep, there's always something going on in the world which threatens to destabilize peace.

Take these two UFOs for instance, are they friend or foe, it's a real question because in this day and age, someone could easily get the wrong end of the stick (so to speak) and it's bye bye UFO but also say goodbye to a large portion of land... Let's say around 10 miles by 10 miles square maybe depending on what is used to obliterate the UFOs and how many and what they then use to counter attack?

If the worst case scenario (God forbid) was to become realistic, it would also depend on who got involved but no matter what happens, if it went downhill after attacking the UFOs the nuclear power plant and the area around it (as I've just mentioned) would definitely be rendered unlivable for 10 thousand years or possibly even more? Don't forget that nuclear power plants have their own police force and these buildings are covered in cameras. It's some of the tightest security in any building, at any area and personel are scrutinized each and every single time that they enter and more so as they leave because well, you get the picture.

So basically, the power plant must have CCTV camera footage of the UFO sighting right? This is the reason why I have just mentioned all the stuff that I wrote. Their own police force must have looked up at the CCTV screen and seen it coming? I'm pretty sure that these power plants have radar as well?

In other words guy's, somebody else in the power station must either have a copy of what we're seeing in the video below and that would validate and verify this UFO sighting? 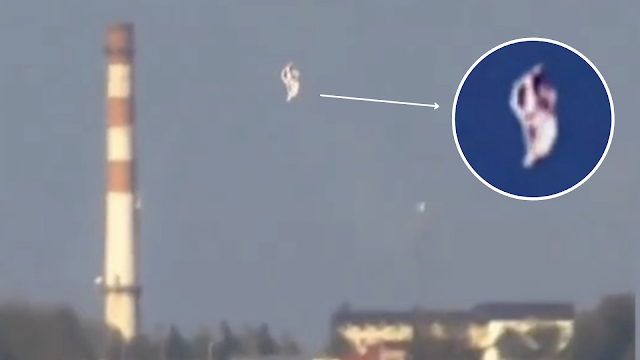 It's a bit much though just to verify this as been a real video. What more information would it give us in terms of researching UFOs? I actually don't think it would give us anything else that would change history or change what we already know? It will tell us that the people at the power plant knows about it, but it's theirs. Nobody "has" to turn over an anomaly video that they might have caught on camera and even if people are aware that you've captured a UFO sighting on your own CCTV I still don't think you have to turn it over to any official body or agency?

Please don't quote me on that because there might actually be a country out there where if you or your company CCTV - or normal cameras capture a UFO sighting then by law you have to tell the Government? You know I'm thinking about the Dictatorships of the world where tyranny is rampant.

Actually wait a minute, why are people living in Hiroshima... Didn't that get attacked with nuclear weapons and Nagasaki?

So, "how the Hell" is it that people are still living there? You see what I'm getting at, it's stuff like this which makes me question everything that the Government says because if you start to think for yourself you'll start to see cracks develop in all this BS and you better believe that there's more phrases and statements out there which people aren't putting together because it's way more easier to let the Government do all the thinking for them. Oh I struggle to think for myself ie research stuff for myself because even though it's supposed learning, like the news at 10 etc. It's loaded with opinions and unproven facts but because it's the news at 10, people take it as facts! For me, Alexa is brilliant because I just chat away and I'm going through the historical book's in my own way, I'm researching what I want to learn without the opinions of the world editors and moguls who have "compromised alternative views" it's a polite way of saying... 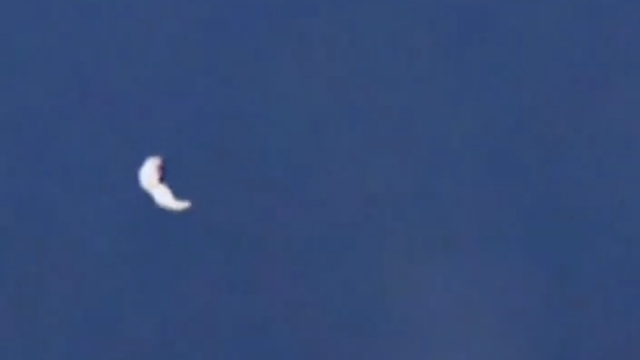 Of course there's a good explanation as to why people can live on top of a massive nuclear crater, of course right. They cleared the top soil, maybe they used bleach or wet wipes on the roadside and building's like one at a time, possibly?

Absolutely give me a break, we either "can" live on top of a devastated nuclear hit city or we "can't?" 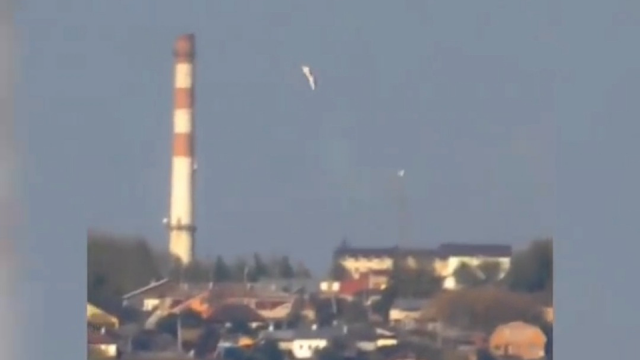 These UFOs are real, they're trying to understand what is going on, their sensor's can probably pick up fusion as it's happening and so are attracted to the energy signature? The Alien species whom created these aerial vehicles are probably way ahead of us.

This is so strange, it's definitely real but it changes it's shape almost as if it's dancing and I honestly have no idea why it's doing it? Of course I wouldn't have any idea, if it's Aliens I'm not invited to know and if it's a UFO but man made I'm still not invited to know. Even if it's a local flying a kite, I'm still not in the know! It's kinda hard to take really knowing nobody wants to tell me what they're doing. I thought I was in the know but as it turns out that I know nothing! Oh well, back to my cupboard where I spend most of my time pondering "why me" 😂.

But seriously though, the Government doesn't tell anyone, anything. Secret agencies will tell you nothing because it's secret, you won't even know it exists. The reason why we know what we know now is down to whistleblowers! People who was a part of it but found a conscience or eventually got bored, some whistleblowers do blow the lid off top secret programs for morals and values which is good but still leaves a big question about why they agreed in the beginning... It's got to be a case of "not what they were told in the beginning or it's just absolutely different to what they thought it was in their thoughts at the start?

I'm sure that the person(s) who filmed this set of UFOs over the power plant struggled with what to do with it and could it be traced or tracked back to me? It's good for us that this person who released the video went through a lot of thoughts on what to do with it? See, I don't think it's a member of the public because it's way to close to the power station.

The only thing about getting a good, clear shot of a UFO sighting above a nuclear power plant is that you run the risk of running foul of the guards because filming a nuclear power station is a big no, no! It's a sensitive area and I suppose it's blooming right. The eye witness could literally be anyone, right? The UFO is turning in the mid sky, it's literally spinning but what seems like it's doing it in slow motion. Why would this fantastic UFO be slowly rotating and then it simply fades away...

So, I really don't condone filming near nuclear power station's just for the reason that you might be mistaken for a bad guy, let's just go with "mistaken for a bad guy" or a national threat, alone or on it's own it's enough to get yourself in a load of trouble. On this occasion the eye witness had no intention of filming near the power plant but a couple of fantastic UFOs appeared so what else could he or she had done? Of course there's going to be some filming going on, oh it's happening, lol. But not intentionally so it's all good, I think?

Here's the epic video proof that UFOs exist and that they're taking an interest in the nuclear power plants around the world:

If you know someone who would appreciate this post or could be researching this type of UFO sighting above a super secure nuclear power station then please share it with them, thank you. Also, I would like to know what you think about this, please share your thoughts and opinions by leaving us a comment below, cheers.