Nikola Tesla was a highly advanced entity from a species called Human Being. He never took notes because he remembers everything. He's my own hero.

Why, oh why was the man who wanted to give free energy to the world ruthlessly shut down and belittled when all he did was give!

The best thing hardly anyone knows about Nikola Tesla (link to Wikipedia) was that he was born during a lightning storm... Eerily coincidental but true.

Anyway, here's my own thought's on Nikola Tesla:

Why did the power's at the time significantly and very deliberately go out of their way to make it impossible for the genius that was Nikola Tesla to give away his own inventions? I know that if your like me, it's horrendous what happened to Mr Tesla and for me to write about it after researching more about his life, it really is heartbreaking. I'm writing about history which I whole heartedly wish wasn't true but it is so, we have to lump it I'm afraid. 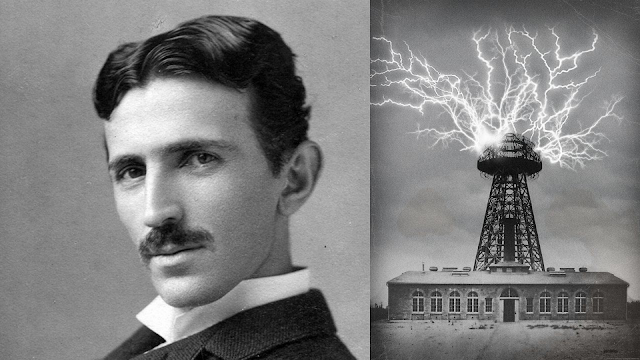 The forces which Nikola was going up against was unnatural and far away from the natural forces which he had single handedly tamed. See, we're talking about human nature, human forces which are manipulated hence why I'm saying that they are unnatural forces. As history teaches us, Nikola Tesla couldn't understand or probably even want to understand the human element of which includes back stabbing, collusion, ridicule and cliches and downright disgusting behavior like bullying and aggressive behavior. If you or anyone whom you know are affected by bullying, I ask you to please tell someone. I've been bullied myself (passively bullied) and I know how hard it can be. The mental strain can take a toll so please don't suffer in silence. If you could help someone who is affected by it, or you need someone to talk to then please ring someone. *I'll put a link at the bottom of this post where you can get help. 🙏👍🏻

Here's my own thought's on Nikola Tesla:

Because it wasn't his (Nikola Tesla's) nature to take advantage of people, he couldn't see it was happening to himself - as he saw the best in people. If we look at it like this as well - he was so far removed from been able to see people's flaws because it was just who he was, it didn't come natural to look for flaws in people so he was alway's going to be taken advantage of just through the cut throat world he was working in! It was so unnatural to him, it's not his fault and in my eyes it only makes him greater in my eyes because he could have got onboard, he could have learned to protect his patents and inventions through aggressive means but he didn't. He chose to stay true to himself and let "them" be damned by their own hands. His consciousness is clear, and the world has come to see it. This is why he's held in such high regards now, this is why people will alway's route for the underdog.

The image below shows us Nikola Tesla's patents. But one of those patents definitely reminds me of the Star Trek spaceship. 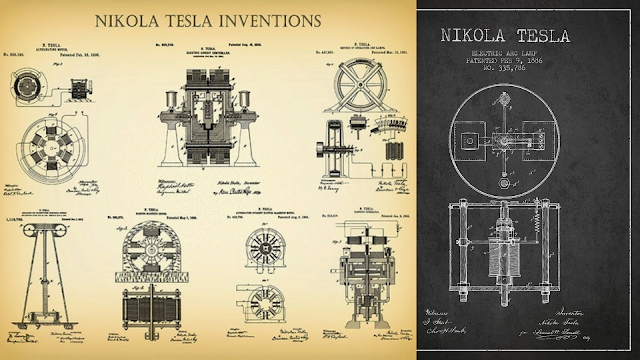 You see, no matter how you look at what happened to the great man himself, his legend only gets better. Year on year new people are learning about him and soon, there will be a statue of him in Washington DC. This is what happens when you research someone with no flaws, in my own opinion he only gave and that's flawless. Okay maybe that's a bit extreme but I truly dislike what people did to him personally and publicly, business wise and as an elderly gentleman living in the Hotel room. When he died the FBI robbed his safes. It was a true miracle that Nikola was able to get a message to his relative and right towards the end of his life and the rest as they say, you'll find in the library under fiction because the FBI won't say what they got and when they do say anything it's about inventions not falling into the enemies hands you know, like death rays and free energy devices. 🤫

Thus the world is spun a yarn, the lines are blurry and it's a case of "the rest being up to you as a person to see it through the eyes of innocence." Because he was totally innocent which showed through all his own inventions, because he was taken advantage of, you'll find Nikola Tesla's story through the eyes of every victim to a bully. Just imagine to live for decades knowing people bullied you, took your inventions, claimed your life's work, denounced you, tore down your biggest invention in such a public way just like they did with his career.

His free electricity tower was a symbol of hope to everyone living in poverty. It must of been heartbreaking but in my eyes, he made it, not in his own lifetime which is sad but it's the future. He will live on forever at the forefront of the electrical revolution. In cars, in batteries, in free wifi, in charities, in universities, in schools, in start up companies, in space travel. There's a Tesla car in space floating around the universe and that my friend's is the biggest symbol of hope to everyone. Tesla will live on forever, long after the world is gone, there will be a Tesla car in space. You gotta admit, Nikola Tesla has the last laugh on all his bullies and I absolutely respect that. 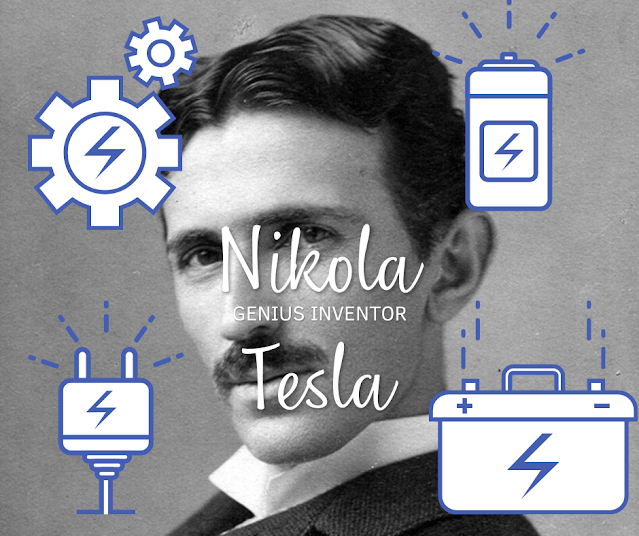 1. Tesla was born on July 10, 1856, in the Austrian Empire, now Croatia. He was the fourth of five children. After a checkered academic career in Europe, he worked as a telegraph drafter and electrician before moving to the United States to work for Thomas Edison in 1884.

2. If you couldn’t imagine life without your TV remote, thank Nikola Tesla for making it possible. Tesla invented, predicted or contributed to the development of hundreds of technologies that play big parts in our daily lives - like the remote control, neon light's and fluorescent light's, wireless transmission, computers, smartphones, laser beams, x-rays, robotics and, of course, alternating current, the basis of our present-day electrical system. What a genuine, real life genius.

3. Did you know that Nikola Tesla invented wireless energy transmission? Oh yes he certainly did.

4. It's not only his genius that makes Nikola Tesla remarkable (and a genius he was), he could speak 8 languages fluently, he held about 300 patents, and invented so many things and contributed to so much that it's hard to put a number on it because if you use something that he invented, well it's a case that wothout his work, that particular invention would not work! So yes, there you go. It's definitely a case for the good versus bad or something that significantly raises his status from human being to a... I dare not write it but what I will write is this:

4b. Please, think about poverty stricken land's and imagine how the lives of so many people would have changed and changed for the good. Farming takes energy, creating takes energy, so mankind having free energy would be the human races seeding of this planet and for the greater good.

5. Although he he nearly singlehandedly invented the modern day technology and contributed to countless experiments and technology - did you know that he hardly received any credit which he deserved.

6. He hardly ever took notes or made blueprints of his experiments because he was a synesthete* who visualized and memorized every idea in great detail. His prolonged skull caused allegations of him being an extraterrestrial - prompting phrenologists of his time to investigate the matter. You know what, I never even knew that myself? I didn't know that he was investigated for being an extraterrestrial lol. C'mon, Nikola Tesla was a genius, not an Extraterrestrial. But it definitely gives us a wee bit of phycology as a result...

If they thought that Nikola Tesla was an Extraterrestrial because of his slight prolonged skull or his extremely high IQ intelligence... Then that means a lot of people in the world are Alien's. I'm wondering if this is actually a bit of inside knowledge and the Government knows that "the real Extraterrestrial being's" do have prolonged skulls and have very high IQ's? It's either that or they was going after Nikola Tesla no matter what and this is Government officials, Government agencies but most of all, this is people willing to go after Nikola Tesla and that's where the bullies come into place.

OMG Did You Know That Thomas Edison Invented A Phone To Call Ghosts? I Swear It's True!

Using whatever reason and means to mistreat him, belittle him and in the end, break him. This is a shameful grey cloud over mankind's answer (which was Nikola Tesla) to the energy crisis we are all feeling now. If Governments had worked with Nikola instead of encouraging individuals to work against him, encouraging companies and individual entities that could have funded his work for thousands of years, they all chose greed and profits over doing the right thing and as a "thing", it's the saddest thing of all.

It's most certainly the only time that I've heard of an actual "reason for the Government to investigate" so is this a public blunder on the Government and is this why they never individually investigate such claims?

Here's a fantastic video all about Nikola Tesla which was uploaded to YouTube by Nevo's Fact's:

Guy's, if you know someone who would appreciate this post then please share it with them, thank you so much. Id really appreciate it if you could share your thoughts on Nikola Tesla and leave a comment, cheers.

* Synesthete: A person with synesthesia, a condition in which the normally separate senses are not separate. Sight may mingle with sound, taste with touch, etc. The senses are cross - wired. For example, when a digit - color synesthete sees or just thinks of a number, the number appears with a color film over it.