A UFO Orb sighting occurred at the Concorde literally when it was being promoted. An exactly the same UFO Orb was at the jubilee celebrations recent.

Concorde was an absolute gem quality airliner, Jet or whatever you want to call it, let's just call it what it is, Concorde!

Anyways, to cut a really long story short and narrow it down to the money shot as it were, I got a hold of an old news article that I wrote on this UFO Orb phenomena a while ago. The recent Jubilee weekend saw a UFO Orb sighting which I knew I'd seen elsewhere before? Then I remembered that I wrote about a Concorde UFO Orb sighting a while ago. They're both one and the same if you look at them? 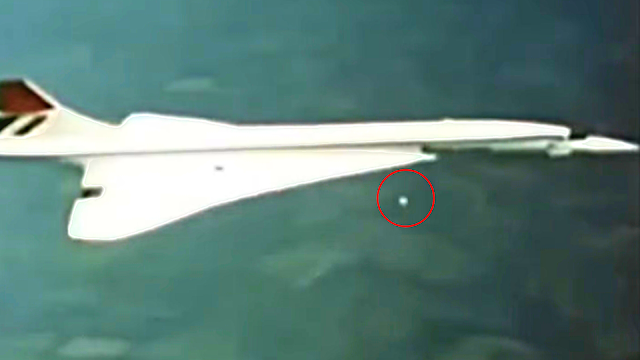 Below is a side by side comparison of the Concorde UFO Orb and a UFO sighting from the Jubilee weekend involving the Red Arrows. 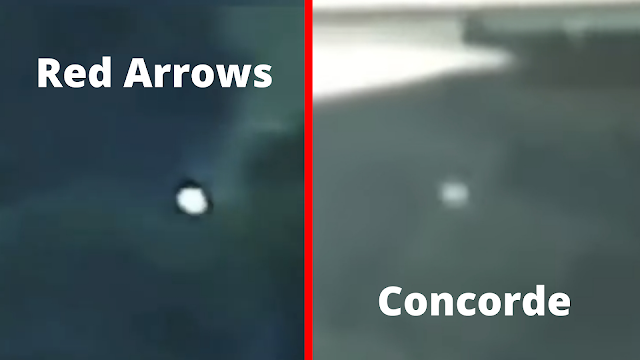 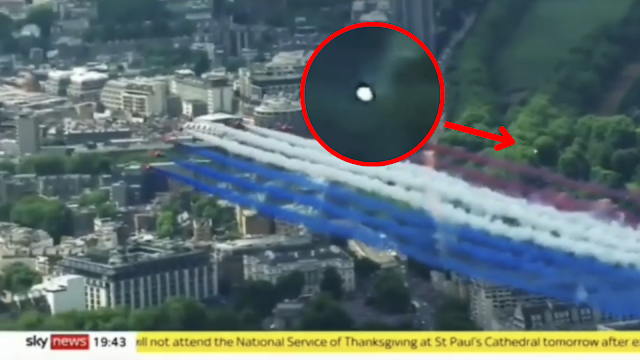 Concorde was a Anglo - French endeavour whereby both countries contributed to this (some would say) wonder of the world. Both countries had contracts albeit both countries where reliably for each other and reliant on production lines, technology, products or parts as it where and life was good! Luxury had never known anything like it, there was lists as long as you are tall, writing in miniature!

The Red Arrows UFO Orb is in my opinion the exact same one as was at the Jubilee weekend celebrations behind the Red Arrows aerial display.

One fine flying day was all it took for the excuse of the industry to go flying and arranging for another plane besides the Concorde (literally beside it) to film the promotional materials I suppose you could call it. Anyways like I said, to cut a very long story short, while filming was going on, a UFO actually get's close to the Concorde literally while it's mid air, and that's not even close to what actually happened!

This UFO Orb is flying around the Concorde as if it was stationary on the tarmac at the airport. It's flying or hovering, gliding or whatever a UFO does (does a UFO fly or hover, or is it gliding) or do we have to call a propulsionless aerial vehicle something entirely different? I mean it's not a traditional flying aerial vehicle is it? It's not driven forward, flown forward or gaining momentum by another process and it's definitely not got a propeller! There's no thrusters neither and it's got no wings flapping away or otherwise.

Miami Resident Filmed The Best UFO Event Over His Home

So yes, absolutely we will have to give it another name Because technically speaking, it's unknown to humanity and look, I'm rambling in like a headless buffoon. Just sit back and you be the judge. Also, if you remember the jubilee celebrations recently and you saw the UFO Orb that was behind the Red Arrows, this Concorde UFO Orb looks exactly and I mean exactly the same as that one, don't you think? I'll do a side by side comparison image in a second.

This is the post (above related post) about the UFO Orb which actually went straight up to the Concorde, check it out.

For now, here's the extraordinary video of a UFO Orb checking out a Concorde and the video was uploaded to YouTube by UFO News channel:

What's your thoughts and opinions on both of these very compelling videos? There's a strong chance that the UFO Orbs are one and the same?

If you know someone that would appreciate this post please share it with them, thanks. Please leave your thoughts and opinions on what you think is going on in this video and if you think theres any similarities, cheers.