What Look's Like A Real Unidentified Flying Object Above People's Home's

Possible alien ufo sighting in the night time skies filmed by CCTV. Why was the UFO craft actually hovering silently over people's homes at night.

I'm definitely a believer in this UFO sighting because it's slowly moving, it's got that certain look that can't be faked.

I believe that there's other craft's out there in the world and that not all of them are UFOs, not necessarily. But never forget people, we still don't know what's out there do we...

One person's UFO sighting is another person's conspiracy theory. The world would be a better place if we were all more open minded. At least then I don't think we'll put so much stock in war and conflict. 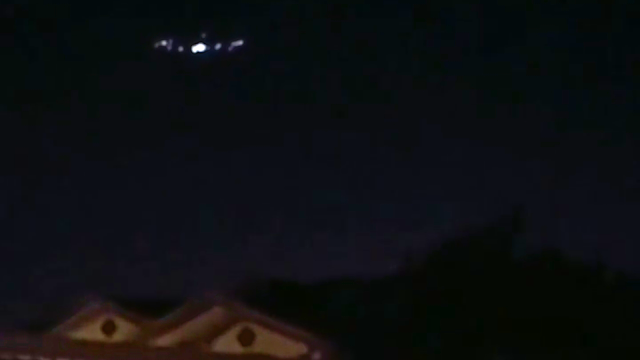 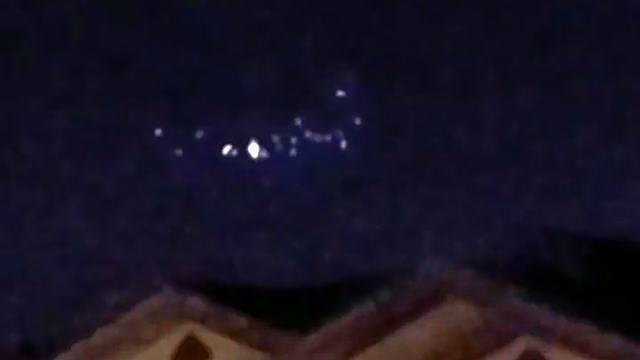 There are so many questions about this night-time UFO sighting caught on a home cctv.

The object appears to be floating above the home's, and there are many lights on the UFO. They're all in a row with the one light in the middle of the UFO actually being the brightest.

I believe that it's a real UFO sighting and that this object is about the size of a pick-up truck, so it's pretty big! Hopefully we'll all get some answers soon but unfortunately it was reported anonymously.

There are many strange things in this world, but there are few things stranger than the object that was recently captured on a home CCTV. It is a long "Phoenix light's" shaped object floating above people's homes. Why is it there, why is it above a residential area instead of the normal Government type buildings? The UFO is lit up by it's own lights, all of which are in a row and arranged with the one in the middle being the brightest.

I believe that this is a real UFO sighting and I genuinely think that, as it has all the hallmarks of one: it's large and it hovers, there's no signs of video tampering; it has lights; and it hovers silently. This particular UFO was spotted on a home CCTV, but there are many other possible locations where people could have seen this as well: airports, military bases, coastlines... It's a really hard thing to correlate all that data and bring it all together into one piece of UFO research. That would take insiders, money, travel to different countries and Governments would definitely have to be involved.

The best way to tell if a UFO sighting is real or fake? Try to find another person who witnessed it firsthand! This is the sort of UFO research that absolutely anyone can do because it's a case of writing about it, posting it in a UFO group or writing about it and posting it to your own website. Then perhaps people will share it and another eye witness who sees it, also writes about it and there you go. It's just been straight up verified. CCTV is all well and good, but at the end of the day guy's, Obama had his own face put through AR snd somebody else talked and it looked like it was Obama himself actually talking! Today's technology is what I'm talking about, is way too good at creating thing's that just aren't true! Even President Zelensky of Ukraine had the exact same thing happened to his own face.

This is a probable real UFO sighting.

The object hard to describe shape wise because although it looks like a UFO hovering silently, it's really not got a solid type of body or craft that is easy to describe. There are multiple lights on the strange object, with the one in the center being the brightest. The size of this UFO is comparable to that of a pick-up truck.

This is a home cctv video of an unidentified flying object (UFO) that only just happened on the 6th June in 2022 and that it was recorded in the night sky. The UFO is a long-ish boomerang type of craft with the lights on it that look like they're in a row. It's hard to tell how big it is, but it looks like it could be the size of a pick up truck.

I believe that this is an authentic UFO sighting, I really do. There are many reasons why I think this: 1) The lights on the UFO seem to be arranged in a symmetrical pattern around one large central light; 2) The shape of the object resembles that of other known UFOs; 3) If you look closely at the video, you can see another object that is moving around at the back of the UFO and it's to it's right. They may not be connected together and could be independent of each other but working together, maybe?

I don't know what these objects are or where they came from but I do know that they are not from around here. And for some reason I believe it.

This video is the latest in a series of UFO sightings around the world which to be honest with you, UFO sighting's all seem to be on the rise. Ring doorbells seem to be the ones catching more and more UFO sighting's, even than other traditional cctv cameras on building's.

There are many lights on this UFO, but there is one light that is brighter than the others "why is that". Is it because it makes it easy to see as it moves through space. I know how that sounds, but why else would it have a large light on the front of the craft?

I believe that this is a real UFO sighting and that it may be an alien spaceship or possibly a drone that has been sent from another planet or solar system for reconnaissance purposes.

If you can shed any light on this post, please be my guest and share your thoughts and opinions while your at it. But if you could share this post, I'd appreciate it, cheers.