This is one of the best UFO incidents that has ever encountered with humans. It's a large silver tube shaped or Cigar shaped UFO which has 2 UFOs.

This is incredible, if this is real then it needs to be looked into but I get the feeling that it's to controversial for anyone or any Government department to touch it.

They'll just stick with what they know well while time moves on and people hopefully forget about it entirely. Because when all the Tic Tac UFOs or should I say UAP's where in-between the actual encounter and disclosure, these videos just sat for extended periods of time collecting dust.
It's a shame, but there's probably a lot, lot, lot more UAP type videos still classified and deemed to Alien for release? See, this type of UFO sighting is disharming, it's doing absolutely nothing in the video but hover and fly. So it's easily manipulated and can be seen as public friendly, safe for release and definitely it can be part of a spearhead of UFO knowledge. There's no surprises, it's easy to remember what happened in the videos, the press cant hound political figures because there's literally nothing to hound them about!

So getting back to this particular UFO sighting, it's a Cigar shape, it's cylindrical, it's classified as a Mothership or "assistance craftX". A smaller UFO exit's the UFO Mothership and it's this which is the most damning evidence (from a military perspective) because it's something that is unknown, what's going on inside of this M'ship? When two UFOs are coming together, is it for good, is it for bad, is it for intelligence, updates, upgrades, downloads, gathering evidence of Extraterrestrials inhabiting Earth?

Oh you better believe it goes both ways! We're Extraterrestrial entities to them! It's just that they've got obviously better technology with greater and more advanced capabilities and maybe it's this why the Government's around the world don't want to admit to these existing because they cannot meet them militarily or even defeat them if a battle were to ensue after failed talks, say a interspecies treaty...
And the public would be outraged! No Government worth their salt would admit to being inferior to any species, especially if it's an Extraterrestrial species because it's political death and as you know politicians don't confirm or deny anything at all!
To be fair, I can't tell you what's real and what's not but I can definitely give you my opinion and that's always gonna be fair, I won't let my judgemental side for very odd looking UFOs get in the way of you giving your opinions and ideas. I'll bring you UFOs to comment on. 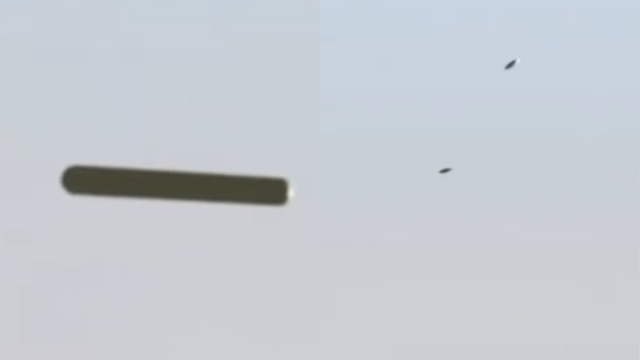 Credit: Ufosmagazine Instagram Account/UFO Sightings Footage/Secret Space Tube 2.o/UFO News/Canva.
We can't just take a 2 second look at a UFO video and get all the information from a few seconds, right. We at least owe it to check them out and make sure. That's just my thoughts, and I would like more opinions, thoughts and ideas because I couldn't see it from every angle possible but together we can.
I get it, posting about UFOs that look to unreal to be true. But everything has changed now, UFOs are real, the US Navy released UFO videos with what they say isn't other countries technology or other countries advanced aerial vehicles. They only left Extraterrestrial Vehicle's on the table. Without this information there's more chance that it might be fake but now, now more than ever we must check everyone (unless obvious rubbish) because now we know UFOs are real, we've had disclosure so guy's, we should check them all it's only right. It makes sense, I mean, the video looks so, so real, it looks exactly like a UFO sighting should look like.
Year's of writing about UFOs and years of having to defend my UFO beliefs from the trolls and the people who don't understand something, so they poke fun at the UFO and at me. But I'll alway's bring you something great if I think there's a chance it's real just like this epic looking UFO Cigar shaped craft does and it's 2 drones it picked up, while a little suspicious but I'll tell you now, I've never seen anything like that before in real life and I'm guessing that neither have you so it's definitely got to be looked at more instead of based on our erm, 2 seconds glance because that's the right thing to do.
The Cigar shaped UFO below was snapped at the ISS which was literally at arm's length away from the station itself. It's so dangerous, it's got many implications for the astronauts onboard the ISS most notable is the safety of the astronauts. These UFOs ain't no joke, they've been known to kidnap human beings in the past. Please, don't make fun of Extraterrestrials kidnapping people because it's recognized by pretty much every specialists and doctors of the mind. 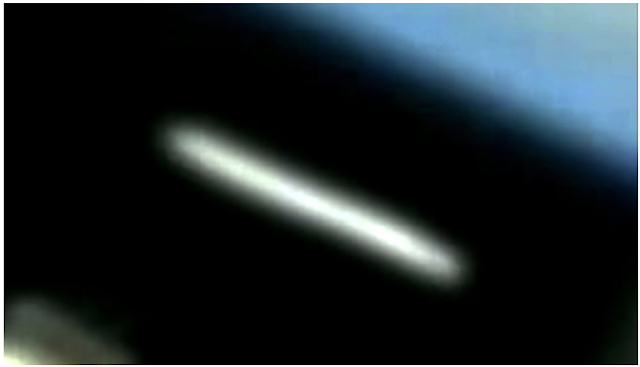 Credit: NASA/Ufosmagazine Instagram Account/UFO Sightings Footage/UFO News/Ufosfootage/Canva.
In the video we see the camera operator keeping track of the UFO shaped like a Cigar and the two smaller drone like UFOs but the cameraman zooms into and focuses on the UFOs collectively which all looks proper and above board. To be honest with you, how can anyone fake a zoom into and refocus on anything let alone a trio of UFOs all at the same time? To me, that seems like it's near on impossible? Tell us what you think about that? What would happen if anyone was to zoom into a single UFO that was fake? It wouldn't look like this I bet, it would look fake. But this one looks spot on or as it should be with nothing dubious standing out.
I'm not into Adobe Photoshop or CGI persay but I'm gonna guess that faking a UFO sighting like this would be hard work just with the animation etc. If this is a real Cigar shaped drone and the two smaller drones are real, then that would explain why we saw a flawless zoom into the UFOs because the camera is actually focusing on real objects.
Related post
Cigar Shaped UFO/Mothership Filmed Over Lake Norman is Remarkable
But now we arrive at the propulsion systems and the energy needed to power such crafts (if real Alien crafts). Electric drones are all well and good but then this energy needs to be put into propellers and at least 2 maybe 4 propellers at least per "drone" on any drones come to think about it and we don't see anything near that description. So again, we have another hint in the direction of these been real UFOs!
Related post
2 UFOs In The Arizona Cloud's Meeting Each Other And One Changes on Camera
South Africa is where this was uploaded from and the Instagram account is called Ufosmagazine which I believe is where this UFO encounter had taken place? Here's the link to that video.
Related post
Fleet of UFOs in Formation Controlling Chemtrails Filmed By Guy on His Yacht
MUFON is a sore subject for me, but I totally get it why it needs money from the public to do scientific research. I just wish it didn't hold the most basic of all Ufology behind a brick wall and force people to pay to see any UFO sighting? It is what it is, it's become a lucrative endeavour so no matter what the people say, it ain't gonna change. 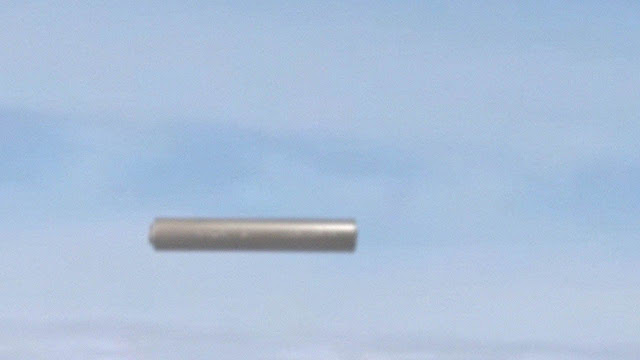 Credit: Ufosmagazine Instagram Account/UFO Sightings Footage/Secret Space Tube 2.o/UFO News/Canva.
Here's another extremely similar looking UFO shaped like a Cigar or cylinder just like the Brean, Denton in Manchester, UK one! The similarities between the two UFOs are uncanny. Check out this post with this UFO image. 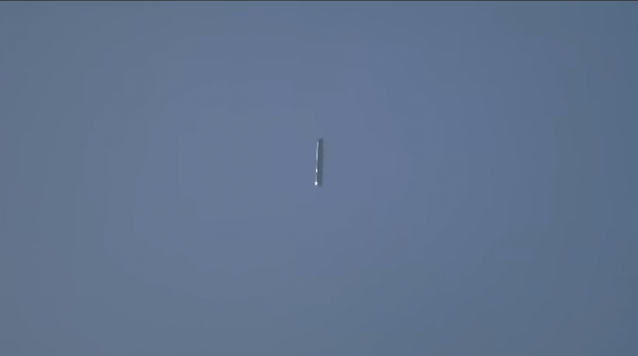 Video footage of a cylinder-shaped object floating in the skies above Brean, near Burnham-On-Sea, has raised speculation that it could have been a UFO.

Here's video number 1, which was uploaded to YouTube by omex2005 and it was uploaded in 2011 from Denton in Manchester, UK:
Now, after watching that absolutely awesome video uploaded by awesome Mancunian's from the UK, are you ready for the epic UFO video of the UFO Mothership with two smaller UFOs?
Here's video number 2, I think you're going to really like this video:
Apparently the Cigar shaped UFO Mothership with 2 smaller UFO probes occured over Johannesburg in South Africa?
If you know someone who would appreciate this post please can you share it with them, thanks. Also, you know the drill, leave your thought's and opinions on this unusual looking UFO sighting that happened possibly in a few places involving the same UFO Cigar shaped UFO, cheers.
Related post's
Credit: Ufosmagazine Instagram Account/UFO Sightings Footage/Secret Space Tube 2.o/UFO News/Canva.