Lake Norman in North Carolina in the United States saw an amazing cigar shaped UFO sighting. Jason Swing filmed the UFO and the rest is history.

Yes this is a real hovering cigar shaped UFO sighting that was filmed by a guy called Jason Swing with this happening over Lake Norman in the US and guy's, what is the US Government doing about this.

I'm really impressed with the guy's initiative and relative composure because I'd probably be shaking with adrenaline. The scale in which people are either forgetting to get their phone out in time to film the UFO is up and also a lot of people don't even have their phone with them which is up as well. 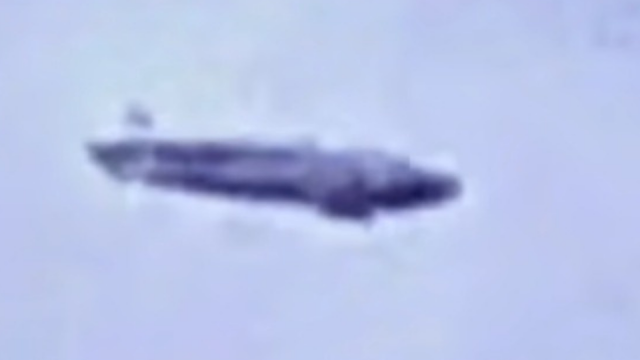 That exact scenario I've just mentioned is why I believe this UFO sighting. It's already there hovering when he starts filming which is correct in my view. Also, his hand is shaking which is probably also, from adrenaline coursing through his veins? So that bit checks out. There's also another eye witness to this but they didn't film it. The reason why nobody else saw this Cigar UFO is likely because of "how low the UFO is hovering"... 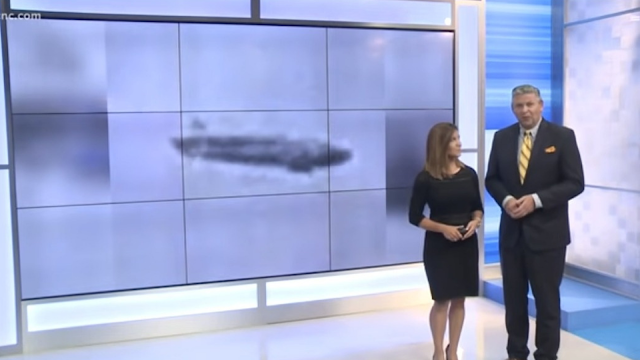 Here's the YouTube video description by Jason Swing himself:

I was at work 2018 10:30 a.m it had been raining all morning. Rain finally stopped so we went w pick up a boat from lake norman.. When came around the corner I saw this thing sitting still very close..

No wonder nobody else saw it, look at how low it is from the ground? It's metallic in color, it's making no sound, it's definitely moving towards the right of the screen.

Believe me, I've seen meteorites and I still got my phone out (not in time though) but I still stood there waiting for another meteorite which obviously didn't materialize but I was hopeful nonetheless. It's the same thing with seeing a UFO as well (probably). That's why I tend to trust CCTV camera footage over someone who has "phone camera footage of a UFO"... 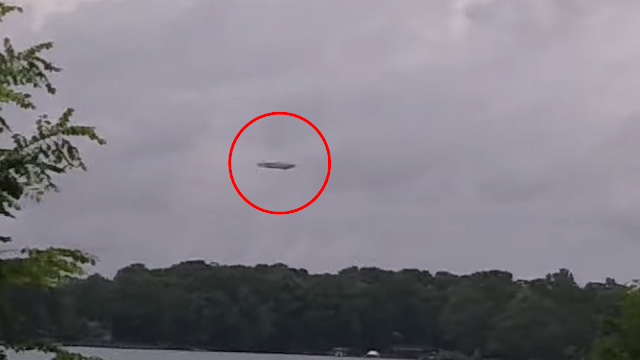 You'll see below that I've just put together an image which shows us all seven, cigar shaped UFOs like Alien vehicles and I've only taken these images from post's that I've written about in the recent past. See, in my view there's a very clear pattern possibly emerging? So, my question is this; Is there a specific Extraterrestrial species that uses a particular shaped UFO perhaps? I mean, that's what this would suggest right, it's not just me. Anyone else could look at this and I'm pretty sure that they'd come to the same opinion? See, I just think to myself what's the chances of seeing a UFO and getting the phone out in time and especially doubt the phone camera footage of a UFO that catches the entire thing. I'm talking about the actual UFO coming into view, if the camera is filming and it's pointing in the direction of nothing but then a UFO starts to appear, you'll know it if you see a UFO video with this beginning because it's something that literally never happens, right? It's almost as if it's staged.

But that's not what we're seeing here, what we are all seeing here is a guy (plus his friend) yelling out "hey, this is a spacecraft"? It's not everyday that someone yells out hey this is a spacecraft. I'm definitely taking notice of the UFO in this video because I'm pretty sure that I've seen this same UFO in another video of the same kind of situation? I'd have to go through my post catalog which is right now at 1,139 so it's going to take me some time.

Here's the astounding cigar shaped UFO video that was uploaded to YouTube by the Jason Swing Channel:

If there's anyone whom you know that would like to see this almost certainly a real UFO video then please can you share this post with them, thank you. I'd also really appreciate it if you could share your own thought's and leave us a comment, cheers.