Well, this is a very pleasant surprise because as I was posting the very last post I'd written, I came across this spectacular UFO sighting, so I pretty much stopped what I was doing and now I'm writing about this once in a lifetime event - a hovering metallic UFO Orb.

The metal sphere is really strange, it's got nothing giving it tgrust, it's silent, there's no strings, it's hovering, it's absolutely awesome and the very and I mean the very definition of what I think a UFO sighting would be like if it was actually Extraterrestrial in origin! 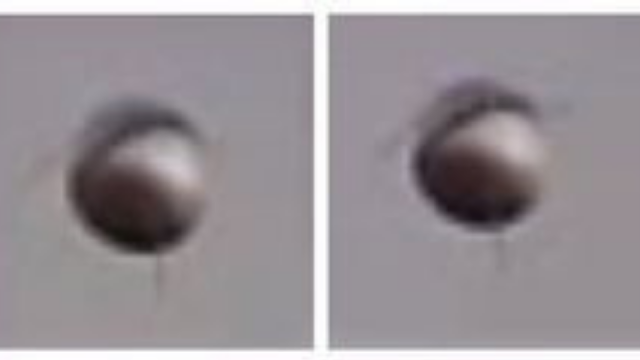 That doesn't mean that it is Alien in origin it's just what I think a true Alien vehicle would look like? It's getting energy from somewhere but where, and it's blooming silent. 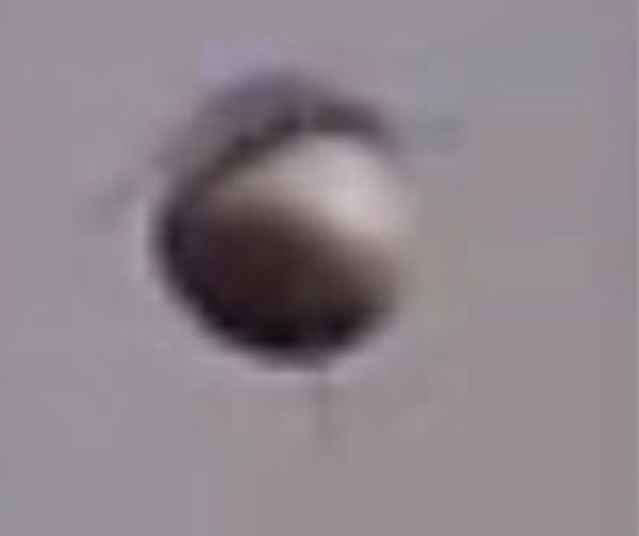 As soon as I saw this silver ball I didn't hesitate to get right onto it. I'm looking this up because I know that I could connect this one to ancient history, but I think it's to easy that route? The Celestial Sphere as it's known is nicknamed the Sputnik satellite so I really could go down the prophecy route and say that this was prophecised in that painting and what absolutely proves it is the aerials on the sphere, in the ancient painting. Yes, the Celestial Sphere has two very, very distinct antenna's on the top of it, that's why it's nicknamed the Sputnik satellite. Looking at the snapshot image, I can see three antenna's on it. I can just make them out.

But I don't think it's that what makes it look Alien, I think this is a UFO sphere which has been coming to Earth many times in history right up until recently. It's that what makes it seem more Alien to me. But, I don't know if it is one hundred percent Alien so I can't say it is with complete conviction but nobody can either way so it's all good. I also say that this Orb UFO has been coming to Earth in the past up till recently because I find it very hard to believe that this is it's very first time here, don't you?

It's probably been coming here (if not, then it resides here) for centuries if not millennia! Unless it actually lives here, in and underground bunker or a hidden base in the mountains? Nobody quite knows for sure it's true origin so to disagree with that statement is okay with me, but if nobody knows then based on it been here now, it stands to reason that it's been here before, right?

I adore UFO sighting's because it gives me hope for this planet. It gives me hope that one day mankind will be working side by side with another species on projects for good, on saving not just this planet from global warming or climate changes which has already happened like land erosion, ice melting, displaced people, land reclamation, rising sea levels, plastics in the sea, microscopic plastics in the water table.

Oh God, it's just so sad so I'm going to stop right there guy's, it friggin depresses me. I have this image in my head of Easter Island when a TV show showed a skeleton of a bird. It looked natural as the island has a huge bird population so seeing a birds skeleton is going to happen, right... Only this birds entire rib cavity was stuffed full of plastics. Bottle tops, plastic lighters, pen lids, plastic rings, lego pieces you name it, it was absolutely chockablock with plastics! It (the bird) probably couldn't eat? I saw that 20 years ago, I still have flash backs and it's so vivid I can see it clear as day.

This is where I go on tangent (different line of thought).

Ashamed, it's sad, really sad we should all be ashamed. But as a human being we're all responsible for that one bird's horrendous and painful death. See, it's not just the one bird, it's on a scale that is hard to imagine but it's not the first and I can assure you that it's certainly not the last 😭.

Here's the epic video that was uploaded to YouTube by Rick Ybarra's channel:

This is the raw footage lasting about 12 min. Its what I saw, take it or leave it. The sounds are from my camera. It is a digital tape vintage 2002. Also the sound of the zoom motor on the lens. It also took me about 2 weeks to figure out how to get the video from my camera to my computer. I'm not that swift with this stuff.﻿ It drifted off to the west and into the dark of the evening. I should have switched to night view on the camera and taken it off of auto focus in hindsight...﻿

Please could you help share this post with anyone else who you think might appreciate it, it's a really good thought provoking UFO sighting video. There's definitely an argument here for the Extraterrestrial cause having got a foothold on Earth with videos like this, it's easier to understand, cheers for sharing this post with people who will appreciate it. Also, please leave your thought's and opinions on this post, cheers.