This is a Stereo SOLAR Telescope Satellite UFO sighting that happened in 2020. Vasco Fernandes was the eye witness that was scrolling through NASA.

An Eagle eyed viewer was absolutely on point in 2020 when he "Vasco Fernandes" was strolling through the SOLAR Observation mission footage when he came across this spectacular UFO.

After researching this incredible structure in space and trying to find any relevant information or even any second hand knowledge I did come across a really interesting website blog post. It's been published a couple of years now and so it's gained a fair bit of juicy info in the comments section which is where all the best  added info can be found on any website blog. 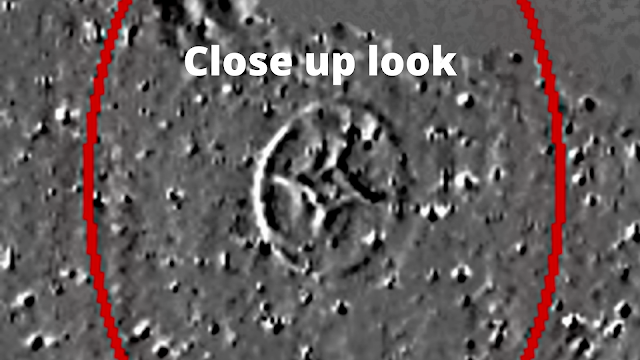 Look, at the end of the day it shouldn't be there, right. NASA and cohort's can say what they like, they have done and it's been lapped up by the dismissive and the rest of the avoidant of fact's, people. There's a small piece of realistic evidence here that everyone is forgetting.

Technical difficulties, electronic interference, frequency disruptions and man made accidental interference - does NOT take the shape of that! Interference from electronics which is exactly what some scientist at NASA tried saying that it was, doesn't take the shape of an Ezekiel style wheel and that's just the way it is, so in the word's of my Nan, wash your ears out, I said grow up! 😂 Directed at "the NASA." 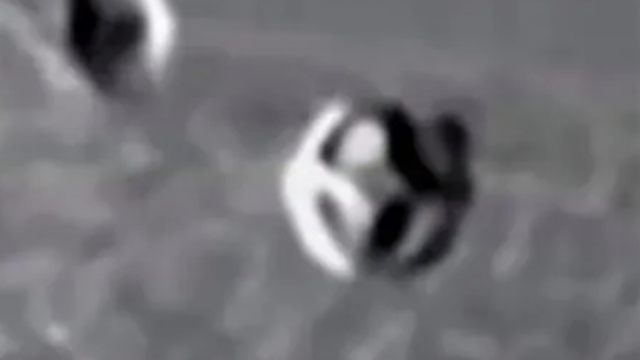 Seriously, if your looking for official info or off the record statements this is usually where you'll find that? The reason is because some officials or anyone really who wanted to either set the story straight or add their side of such and such, this is generally where you'd find it...

Deep space is definitely inhabited by Extraterrestrial entities and what's more is that there's (according to this evidence) structures on the scale of which is just not gonna fit 8nto our imagination because it's all on a scale that even in imagination it's off the charts! Look at how big the Earth is then compare it to the UFO? Also, if a deeper than anything else before it, a deep space Extraterrestrial species was to send out many armed and ready weapons and just let momentum take them to another inhabited planet "say Earth" what can we do? Probably not a lot, just knock a couple off their intended course maybe? It doesn't bare thinking about, but as anyone might say, reality is reality and now that we've had UFO disclosure, we best get prepared for anything. Because we now know for sure that Alien entities in space are real. That's how I've interpreted the UAP disclosure, thats just ehat it is though.

Here We Go Again, NASA Hiding A UFO From People

Sometimes you'll get a lot of "he said, or she said information". Was the Solar Observatory Mission anomaly on the screen a genuine, innocent satellite perhaps in deep space? Because if it was it was way off in the distance, beyond comprehension to be honest with you about how far out it was! Or was it just stuff like sensors or malfunctioning electronics in the equipment? Oh believe me there's always something that it has to be, it's just that in the latter case, it cannot be (we still have to go there though) and as it turns out that everything is working well.

January 21, 2020: The PLASTIC team reports: All PLASTIC systems are behaving well, except there is a high background count rate, which seems to have a locus (a particular position, point, or place] toward the non-solar wind side of the instrument (which we call the WAP or Wide Angle Partition), which includes the ram direction. While we continue to monitor the background rates, we are gradually increasing the post acceleration voltage, alternating with short windows of exercising the entrance system.

But you should already know that anyone can make this claim as to something been debunked. Generally though ive found oumt that people do say that type of stuff just to stir up the feeling's in people? that type of info of what Vasco's immediate reaction was after discovering this strange looking UFO or "humongous" planet sized structure in space. I found a fair bit of interesting comment's from people who have left comments on one written post about this by The Hidden Underbelly which is a popular conspiracy YouTube channel.

But, I also found some really interesting stuff on ATS (Above Top Secret) which is a fantastic website called Above Top Secret. Check out these couple of quotes:

Link says , 'PLASTIC suffered a high voltage anomaly on December 5. The instrument is in the process of being recovered to full operating mode, which is expected to take several days. Until this process is completed, PLASTIC data should be considered as untrustworthy.'

Whatever it is it’s moving pretty fast. And it’s here by now.

Video description; STEREO is a solar observation mission. Two nearly identical spacecraft were launched in 2006 into orbits around the Sun that cause them to respectively pull farther ahead of and fall gradually behind the Earth. This enables stereoscopic imaging of the Sun and solar phenomena, such as coronal mass ejections But every now and then the cameras pick up somethings that shouldn't be there and this is one of them times. Many thanks to Vasco Fernandes for spotting this...

If you know someone who would appreciate this post, then please share it with them, thank you. Also, I know most people have an opinion on Ufology so please guy's if you could, share your thoughts and opinions with us all, cheers.