A brilliant UFO sighting occurred at the ISS when an astronaut is filming out of the window of an external tank when a creature UFO appeared in view.

People actually thought that the external tank was the UFO but its actually an external tank from the orbiter that we "really" don't need to be focusing on, in fact it's the bottom right hand corner of the screen between 20 second's and 35 second's. This is definitely where you need to be focusing on... Because it's a blink and you'll miss it time for what is arguably an actual being of energy... Or creature, you decide? 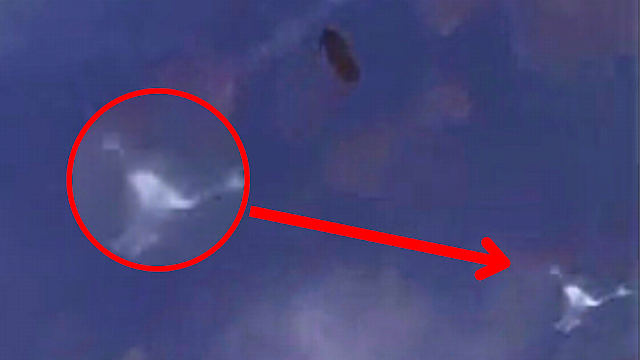 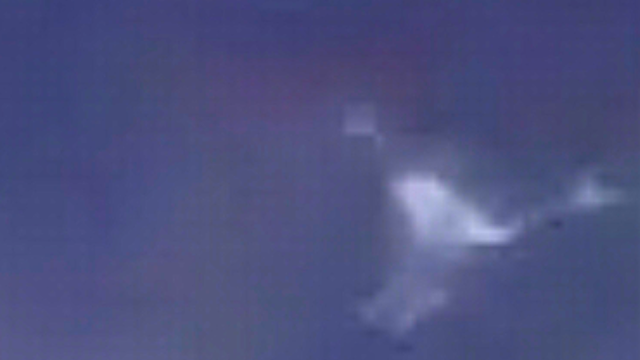 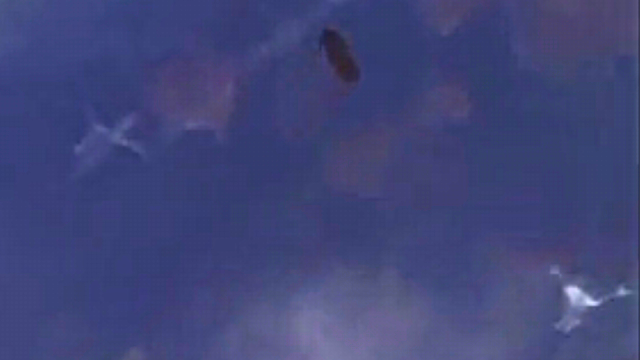 UFOs come in all shapes and sizes and please, please believe me that we need to understand that innate knowledge is possible (innate; we're born with) but it's something that most people do not recognize that they have and that's even if they have it! We definitely don't have a list prepared that we are "born with" and so how could we possibly look at something that's in space randomly filmed I might add and instantly say "that is or it isn't an Alien or an Alien craft". Come to think about it, the US Government definitely cannot stand there and say Extraterrestrial life doesn't exist. How do they know?

Or do they know, but are pretending to now know, to keep it a secret? It sounds strange when said like that.

Probably The Best Evidence Of UFOs At The ISS Ever!

It's a Government which is only made up of people anyway. The answer (if they really don't know) is that Alien life could or doesn't exist elsewhere in the universe.

But we all know that the Government knows for sure that Aliens exist!

If your rational thinkers, you must take the stance that anything is possible. There really could be life in some way or another in space. However do I know this, I don't! I'm just having to go with they could exist or they don't, I'll let you know once every planet and every comet has been checked, lol.

Here's another way to put it; it's like telling someone who is fixing a car engine "half way through it" that they've done it wrong. It's moronic, wait until that person has finished. Then check it and if it's wrong them, then it's wrong but not half way through because they simply might not have gotten around to it yet.

So, I guess that once people start to realize that if we are here on Earth then surely, and I mean it - that surely there could be another planet out there with a similar atmosphere to ours with a different altogether life form living on it... It's just that we are not in a position to say yes or no to that question yet "apparently" absolutely not! If you do say Aliens don't exist, you've instantly limited yourself and you've limited your understanding of how the universe work's and the universe is anything but limited, I mean everyone should know that, right?

A "creature" or a literal UFO was spotted in the footage filmed by the crew from NASA Atlantis STS 115, traveling alongside of the International Space Station (ISS). This is an established fact.

Well it definitely seems that the alien sighting is not a one off, oh and NASA turned tge screen off and put up a blue screen.

It's difficult to judge the size of this odd shaped object but it's white-ish almost transparent and it is located in the right hand bottom corner of the screen at between 20 seconds and 35 second's. Is it an independent UFO or part of the ISS structure come loose drifting through space? The best way we can get a better look at this is by breaking this down frame by frame...

ISS Has Another UFO Visitor And It's Cigar Shaped

This white-is almost translucent, almost creature looking UFO looks like a large, living organism that is semi-transparent in appearance. This large object is floating alongside of the ISS and is not affected by the microgravity environment of space. It's moving on it's own, there's no traditional thrusters, no nothing. The UFO whizzes around space unaided by itself. That's very interesting

A video has captured an anomalous creature UFO shaped object floating alongside the International Space Station (ISS) and a supposed external tank from the Shuttle Atlantis STS 115. The UFO was sighted by a YouTube user who was watching a live stream from the ISS who is called John Schaser. The UFO was filmed by another UFO enthusiastic person called Danny Lampkin. His video is also below which was uploaded to YouTube. This is definitely turning out to be something and it's in my own personal view that it was a creature.

Here's the exceptional UFO sighting video number 1 which was filmed on and by the NASA live feed cameras and the Atlanta Shuttle crew, uploaded to YouTube by John Schaser:

Here's video number 2 of the UFO or creature (your choice) which was uploaded to YouTube by Danny Lampkin below:

Guy's I'd really appreciate it if you could share your thoughts and opinions on this and if you'd also share this post with someone who would appreciate this, cheers.