Miami Resident Filmed The Best UFO Event Over His Home

This is a brilliant video of a UFO sighting that happened over Miami in 1995, October 20th. This UFO sighting actually vanishes into thin air.

The narrator has described this UFO sighting as one of the best UFO event's to have ever taken place in the world.

This UFO sighting happened over Miami FL in 1995, on October 20th. There's plenty of amazing videos coming out of Miami but this ones absolutely stunning and its 27 years old. 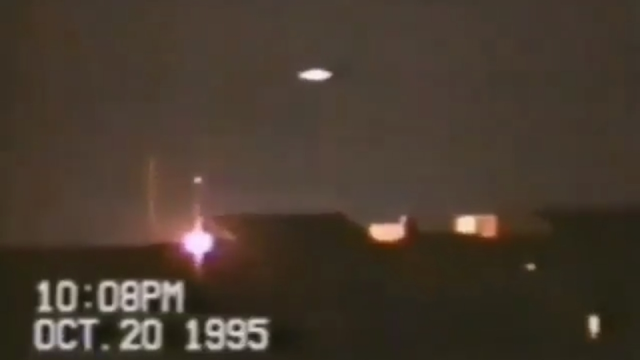 This happened in the year 1995, the narrator says that the UFO actually devolves, but personally I believe that it just vanishes (the same thing) or whatever you want to call it but it literally just vanishes into thin air! I'm starting to think UAP encounter... If you don't this is UAP, let's just clarify when the UAPs came to Earth (in the comments please). It's a misconception that the UAPs have just turned up. UFOs have been buzzing around the world since forever. Way back in history we've got artists trying to communicate that fact through their artwork but the religious order called that stuff blasphemy. It was very dangerous for anyone to speak of it let alone paint it. But some actually was able to do so. Look it up. It looks on camera that it flies off away from the camera and I think that this is because it's a really crap "huge shoulder mounted pile of garbage" with a horrible lens. Can you believe that people pay good money for this filter? It's as if someone see's the filter and say's omg that's awesome. Well, the people who can remember the camera that this is from, it's a big no!

This is why we have updates, upgrades and evolution! If we thought it was any good, we'd stick with it. Anyways, garbage camera aside, the UFO started it's harassment of "Adrian" some time before this was filmed. It's a light ball, a kind of spherical shaped UFO or an Orb if you will. It's a really strange thing because it's hovering without any visible means of propulsion system and that's what sends it over the edge for me! Drone's didn't have a place back in 1995 that was this good, without a propulsion system also if there wss a drone it probably would have sounded like a haidryer. 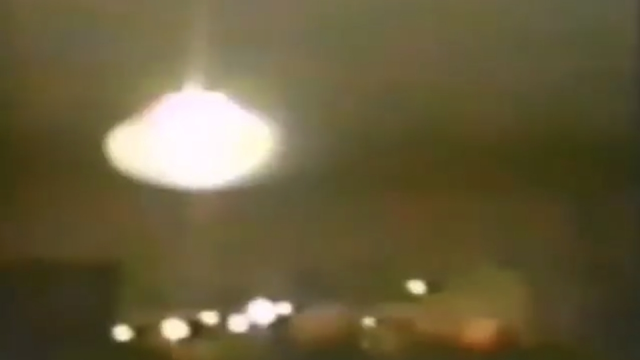 Look, this is one unusual looking UFO sighting. It's been slowly but surely getting closer and closer to thos guy's house. Over weeks, months and it's almost as if 8t can detect when it's been filmed by this VHS tape, garbage piece of equipment? It makes the light hazy, it makes the background look like a Van Gogh painting and the light's in the background cast a horrible orage color. I'm not a fan of this because it's hard to make it out which os exactly where hoaxers and fakers reside! Them people like hiding UFOs in blurred out images and hazy looking backgrounds.

It's 2022, everything is UHD ultra high definition and I'm writing about this because it's from a garbage camera, so basically I'm giving it a pass - this time lol.

Miami is known for UFOs, in fact every single state in the United States of America is known for UFOs! It's a statement that you cannot get wrong! But Miami has a lot of military bases, this moght have something to do with it?

The state of Florida hosts 21 military bases, some from every branch of the United States Military. The Pensacola/Jacksonville area is home to most of the military bases in Florida, but they exist in other coastal areas as well. Click a base name to learn more about it.

Described as the best UFO incident since records began, this is bizarre. It was "technically" prophesied because the guy it said it with was getting closer and closer. Until it was above her backyard one night. Then, a week or two weeks before it happened, he said yes - isn't that prophecy? I believe you will find it. Miami Florida, one of the best documented UFO contact cases of all time. I think the name of the guys is adrian? Didn't hear the name the announcer said before - does it sound like he says Nadrian?

Adrian, there's no full name. Has been filming these for a while. You should check out this video: