There's a real UFO sighting of an orange orb like fireball in the sky and Thirdphaseofmoon YouTube channel is covering it for everyone. Is it a UFO?

Many people have seen this unusual UFO phenomenon, and they're saying that it looks like a fireball, or orange orb which I have to agree with them.

It's hard to estimate the size of this craft, and i'm saying it's a "craft" as you'll discover further on why that is. Because of the distance from the ground and from the camera, it's hard to gauge the size of this thing. It's discussed in the video that it could be a celestial body but what do you think of this opinion? I'm adding a screenshot that shows us black protruding part's of the craft around the orange glow. We can definitely see the strange black arm's sticking out of the craft in the screenshot. They're very easy to spot which then leads on to my next question, are we seeing a craft that's come from high up in the atmosphere? 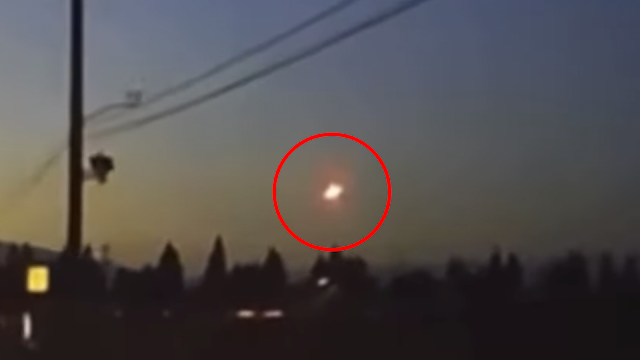 The UFO below in the shape of a Pyramid looks absolutely amazing, if it's a genuine UFO sighting which I'm not sure if it's real, but if it is then it's a fantastic catch. It's actually the second UFO video which is in the Thirdphaseofmoon YouTube video below so if you watch the video you'll see it after a strange structure on Mars segment. 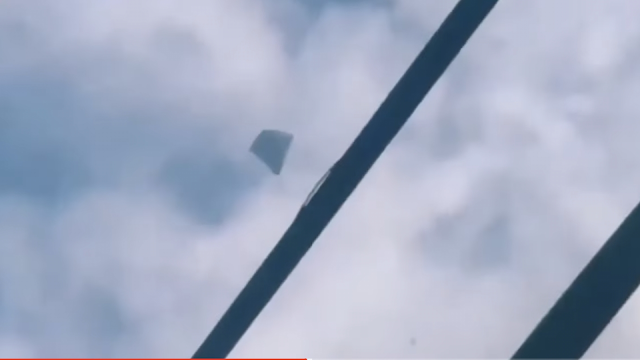 At the beginning-ish of the video we hear Blake Cousins say it's from Mauson which is what I heard? It's extremely hard to hear and he didn't elaborate or even explain where abouts this was filmed? But if it was Mauson then I've looked it up and it's Mauson, Indonesia. So there you go.

People are terrified apparently because UFO sightings are increasing at an alarming rate all over the world and nobody it would seem, is giving us (the general public) any answers except for the promise of a reporting center and maybe it's because the CIA, FBI, DoD, Pentagon, US Navy, Air Force, Army, NSA and NASA and all the other agencies that are acronyms know for a fact now that UFOs are real because of the UAP disclosure. And because they know specifically what the real ones look like actually having a reporting center "at hand" or even on tap will allow them to simply sift through the garbage remotely and get to the gem quality UFO sighting's! Look, the Government of any country doesn't do anything for nothing right. So for admitting that UFOs are real via UAP disclosure, they're wanting us to report UFOs on their terms and that's probably so they have first dibs on the UFO reports to (like I've said) to sift through the garbage! Personally I don't think there's enough people asking for answers?

Some say that it was a meteorite but personally I'm not so sure because meteorites tend to burn up don't they on entry, they tend to stop glowing as they get closer to the ground as they travel through the air and they always leave a trail - at least generally they do...

There's no doubt that people have been seeing more UFOs recently and more than ever before. Also it isn't just in the USA that UFO reports are on the increase, it's everywhere in the world in other words it's a worldwide UFO phenomena!
Related post
NASA Live Feed Cuts To Blue Screen When Huge UFO Craft Appears On Earth's Horizon
Huge Fly On The Mars Rover Just Chilling Out
Group Of UFO 3 Metal Spheres Flying On Their Own Making Turns Over West London
This orange glowing orb is newly classified by many as a UFO, but it's the way that it's slowly and I mean very slowly comes to the ground that makes me think it ain't a UFO at all. That's a controlled descent! It's literally been controlled by something either on-board the UFO or by someone or something externally? The fact that there's no smoke trail or any type of trail come to think of it backs it up. It's not experienced any shock by coming into our atmosphere which would count for it coming into our atmosphere slowly and it hasn't broken up into bits.
Is this a craft pretending to be a Meteorite and gaining access to Earth undetected... Look, I totally get it, it sounds insane doesn't it? But I'm only saying what I'm seeing. It's not my opinion, the UFO is slowly entering the Earth's atmosphere, it's glowing like a fireball or glowing like a Meteorite would glow. But it's not breaking up and if it stopped glowing, because it's been filmed we would be able to see what it is? And we know that there's something else there because we can see some black protrusions sticking out of the UFO.
So I'm only saying out loud what I'm seeing.
So what really was it? Is it a meteorite or a UFO? One thing is for sure, there has been a massive increase in sightings over the last 5 years!
Something mysterious has been happening on our planet lately!
People are seeing a large influx of the UFO Orb type of craft, except for some like this one which has black protrusions sticking out of the sides. Is it alien related, there's a strong possibility because we know that UFOs are real and not necessarily from the Earth I'll refer you back to the UAP videos.
Our planet has been growing increasingly strange as of late and many experts have attributed this to some form of global conspiricy. Has something happened on earth that is causing so many people to see unusual objects in the sky? People are experiencing wacky instances of misplaced time, paranormal activity and for me personally "even though I don't believe in coincidences, there's been so many instances of bizarre similarities occuring and repeated event's and hidden in plain sight realisations." What are we witnessing here, is it really extraterrestrials or is it a case of some specific human beings (not naming names) with technology that's way ahead of the general publics that's playing havoc with reality? If you think that's a strange statement then you should look up CERN in Geneva just as an example!
I can make out black protrusions sticking out of the UFO Orb or craft which is exactly what I think this is now. 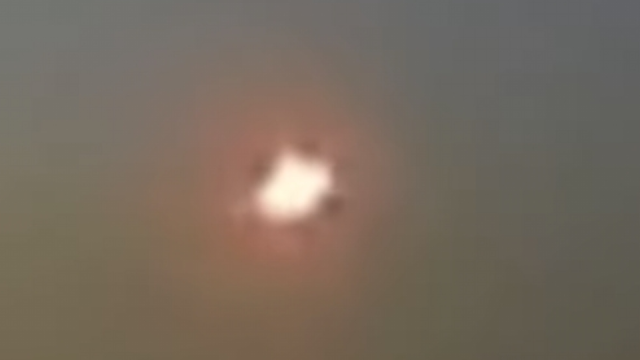 Credit: Thirdphaseofmoon YouTube Channel/UFO Sighting's Footage/UFO News/Ufosfootage/Canva.
We may never know for sure what this specific UFO sighting is, but the orange, almost "fireball - like" UFO is definitely going to stay in people's memories just because of it's sheer presence and strangeness and how it's not conforming to the norms. It's so large that it should have broken up in the atmosphere. If it's a Meteorite it's not leaving a trail or a tail of smoke or even debris which is super strange if you ask me? What we do know is that the situation is serious enough that people in the Middle East ie India and even people in the far East like China have begun speaking openly about it which is a real turn of events let me tell you.
Here's Thirdphaseofmoon YouTube video:
If you have any thoughts on this or opinions on what we're all seeing, then please leave your comments in the section below, thanks. Also please share this post with someone who would appreciate it, cheers.
Credit: Thirdphaseofmoon YouTube Channel/UFO Sighting's Footage/UFO News/Ufosfootage/Canva.