This is an eye witness account of a silver craft flying over Calgary Alberta in Canada. It's flying left to right and sequentially flashing on & off.

This is a stunningly real UFO sighting that has subtle light's on it which incrementally come on the slowly go off flying over trees and the eye witness is in Grass Valley, CA.

It looks silver in colour, and it's very dark also. I was sent this amazing UFO sighting yesterday via a direct message through my Instagram account. If your not familiar with my Instagram account then you can check it out here. I've got 183K followers and these guy's are brilliant at disecting UFO information like analysis of UFO videos and photos of Unidentified Flying Objects.

This UFO sighting actually happened over Grass Valley, CA in the USA. I did write it was seen over Alberta in Canada but I've since been corrected, thanks for your understanding. Here's the eye witness testimony:

So I’ve caught over 50 encounters in the last year, this being the most recent last Sunday, July 17th at 2:22 in the afternoon here in Grass Valley, CA. It also is one of the more unique things I’ve captured. I was outside getting some sun, when over my house and pass the tree line ( I live on 10 acres ) I see a white disc shape slowly moving down, I see this quite often.

I walked close to my barn to try and see it before it disappeared down behind the trees when I turned around and saw this silently moving over my head. They never make a single sound which is quite strange. I couldn’t see it while filming , but when watching it again, these strange white balls of light are seen zipping around the screen, and I mean MOVIN. After watching this thing so many times I almost seem to think that when one of the lights appear on the main black hovering object, at that same time a smaller white orb zips by. That’s just a theory 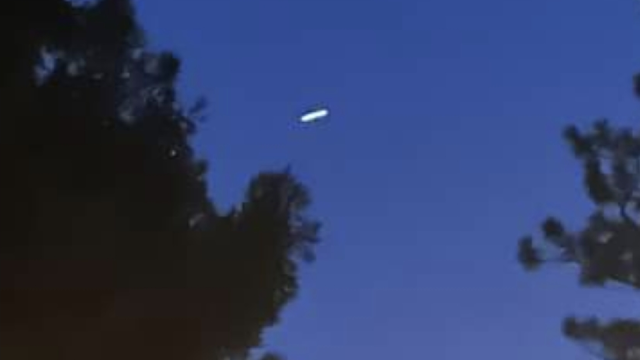 Picture here of the “white disc” I mentioned above , taken a few days before and later towards the evening 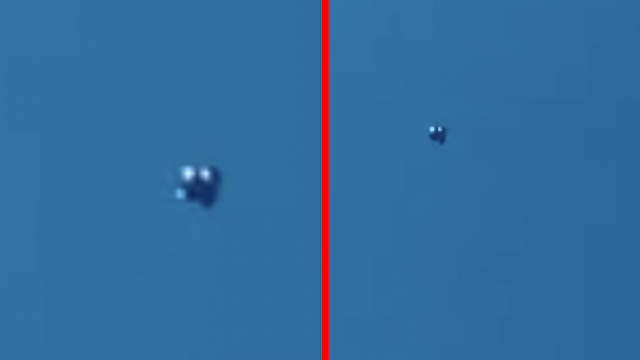 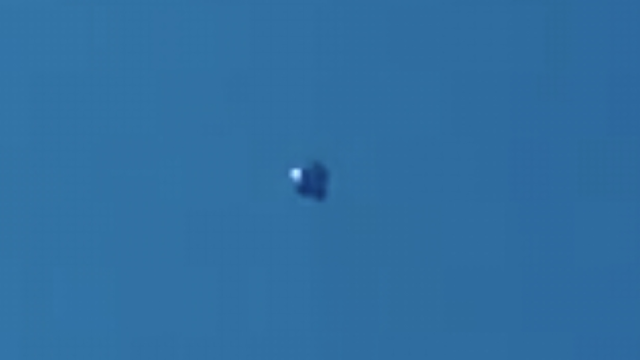 California in the US has seen a steady increase in the amount of UFO sightings being reported which is pretty much in line with the rest of the world. Some places see particular shaped UFOs which are usually UFO Orbs.

This UFO sighting is a breath of fresh air, literally because it's not conforming to any kind of the norms that I suppose we're all used to. In fact, because it's breaking the norms and it's not what we're used to seeing, this is the reason why we need to study this one and hopefully this is picked up by expert UFO analyst's with access to sophisticated software which I just don't have access to, yet? It's such a humbling experience especially when I know that I'm writing this for the right reasons which is to further Ufology. I'll be passing this on to hopefully the right people who can get us the ultimate and powerful, undeniable analytical answers using advanced methods of data extraction to get us the gold mine of data contained within the UFO video itself. Doing this, it will tell us if the video has been A. manipulated or B. Changed, C. Tampered with or interfered with full stop? I think it's real and there's other methods of information extraction by using filters to highlight square blocks around the UFO which is a tell tale sign of video tampering. Copying and pasting can be literally reverse engineered to show us if this has been added into the video artificially or not? I don't think it's a hoax or a fake video I'll be frank with you about that. But having the ultimate answer either yes or no by means of analysis will be epic either way. Analysis proof that the UFO video is real is always a good thing to have.

We see the UFO flying in sky from the left going to the right. We can see that it's not rotating, it's almost upright and following a predetermined flightpath almost? I'm not sure if it's a definite flightpath but because it's not turning in the wind or swaying uncontrollably in the sky that tells me it's under control.

We also see in the video that light's are definitely coming on in what looks like a sequential order? The light's come on relatively slowly and slowly turn off the same way but in reverse. This could be by design and it could be because it's a direct link to a battery? It's almost like a electrical leak of energy which goes off eventually and starts eventually. Instead of the instantaneous on and off that we're all used to in say a light switch on the kitchen wall.

What's the difference or what's the significance of this?

A UFO or an unknown craft using a battery to operate (I'm not saying it is) it's light's is suspicious. And because I'm not an expert in electronics, it'd be good to know if a UFO could potentially be operated by batteries lol? There's no visible propulsion system which we can see.

I already know this answer is a no, UFOs don't operate with a battery, but if not, then what? And if nobody has an answer to what power's a UFO - well then my answer doesn't seem silly after all does it because it's one answer more than "nothing"...

I could be wrong about the origins of the power needed to operate the light's on this UFO but something is powering the light's and the only thing I know would be a battery... That's if it's a fake UFO as well, which hasn't been determined yet.

If you know anyone who would appreciate this, please share it, thanks. Also, please share your thoughts and opinions on what we're all seeing in this video in the comments section below, cheers.