Strange UFOs filmed in New Jersey which was definitely weird things seen by multiple eye Witnesses and it was on 2 smartphones on Christmas Eve.

Here's the strangest UFO sighting that you'll probably read about because it involves multiple eye witnesses and a couple of smartphones with both fully charged batteries just died while trying to film these UFOs.

Having started to film the UFO event that was happening over New Jersey's skyline, the sky is normally lit up by light pollution so to see a UFO event unfolding before their very own eyes, was strange. 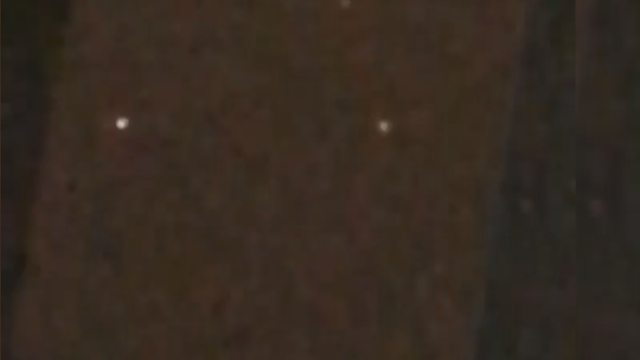 After grabbing the first smartphone (iPhone) which had a fully charged battery and starting to film these UFOs, the phone itself cut off. It literally just stopped working or recording... So the eye witness (Pascual Pēna Jr.) ran back inside of the home to grab his smartphone (Samsung) and again they started to film the UFO sighting taking place in front of them. But unfortunately, just like the other one - the battery died and that was it, no more recording could take place.

Here's the extraordinary story that the eye witness himself sent to me:

It was taken Christmas Eve 2021. About 9 or 10 ish. In New Jersey. We were on my balcony having a cigarette. It was a clear night. Not to cold. Whatever it was didn't make a sound. It went across the sky without changing formation. It wasn't planes, or helicopters. We just couldn't figure it out. My friends girlfriend took a video on her iPhone and it barely showed anything. Her phone died after the nine second video. I ran inside to grab my phone (Samsung) and recorded the 12 second video I sent you (UFO Sighting's Footage). My phone was at 100 percent, and completely died in 12 seconds and shut off. That's why it shut off mid sentence. Can't explain it. Both phones just went dead. 2 fully charged phones. Oh one more thing. With the naked eye it seemed like each light had its own rotation. They moved in formation across the sky but each one moved in a circle. Like if you take your pointing finger and move it rotating it clock wise.

Now if your like me, this would be ribging alarm bells because for the simple fact that whatever it is discharging the good smartphones (both very good makers) then there has to be some extremely dangerous signals, frequencies or some other wireless technology that could be responsible for the extremely fast depletion of what is a good makers phone battery?

There's always something that is responsible for literally everything that happens in the world. That's just basic logic and common sense. I'm not an electrician but I do know that there's a lot of electricians that read my blog. Come to think of, let's just put it out there and see what takes in regards to possible causes for this to happen to "both phones" one ofter the other and I'm sure you guys will either give us possible causes, possible reasons, possible but not limited to and could be a combination of all, but there could be top secret, advanced technology which could be to blame?

I'm not asking people to reveal state secrets or company secrets but if there's a chance that we should be looking in a certain area for the culprit as to why the smartphones went dead after only a few seconds of recording time then I'd love to hear that.

If you know anyone who would appreciate this post, please share it with them, thanks. Also if you have any questions or thoughts and opinions on this post and video, please share it below in the comments section, cheers.