A white elongated shaped UFO was filmed live over what I think is the UK. It's a bright glowing white UFO that people think is a portal. It's a UFO.

There's a fantastic video which was uploaded to Instagram by ufos_nr.1 channel and this has well and truly caught the imagination of the commentators.

People who are leaving comments on this video are suggesting that it's a portal or that it could be CERN in Geneva opening dimension portals or "doorways" to another reality if you like. 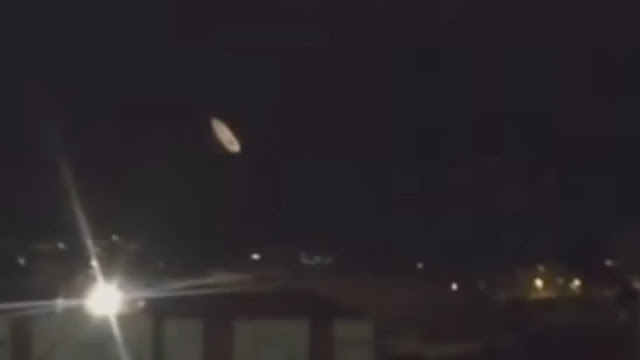 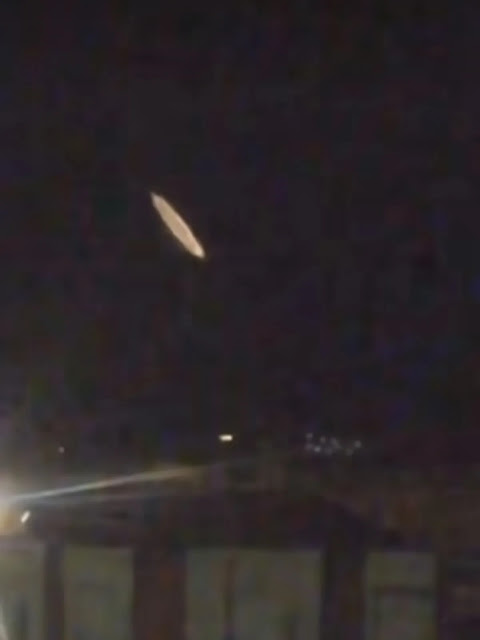 Just because there's no information with the uploaded video to Instagram by ufos_nr.1 channel, that doesn't mean it's worthless, it just means we've got a bit more uncovering of the real, true story that must go with this UFO event.

There's no information whatsoever with this UFO sighting but like I've mentioned lot's of times in the past, it's not a deal breaker. The actual UFO sighting is what's the most important.

The camera is trying to focus on this UFO and that's why it looks like it's elongated and then inflating fast and deflating rapidly. It's a camera focussing glitch in my opinion. I am not an expert but that's my opinion as to why it looks strange in parts of the video.

Where is this, it's not a crucial piece of information but I suppose like anything else related to researching and developing an idea (in this case it's Ufology) the more information on this probably it just makes the time line of the event more complete. But with the seagulls in the background chirping away I really want to say that it's the UK? But in reality because of the seagulls, it literally could be anywhere that has a coast?

Look at the bottom of the UFO, it looks like an actual light.

It was the shape of the buildings in the foreground that made me instantly think of the UK coast. My friend pointed out that it could be in BB enidorm or another European country?

It's a white balloon type of craft, if it's a solid one piece craft I'm not so sure but it could be illuminated by someone's torch or it could be glowing and the light could be emitted from the UFO?

It's hard to tell?

Also another thing that my friend suggested was that there might be a building in the background underneath the UFO and a large light could be on top of it turning half away from us so that a round search light becomes a long elongated looking side view of it? It does actually make sense but that means there has to be a building underneath it but in complete darkness with the light sat on top of it?

I said I'd add it as an opinion on this because it's a really good opinion on what this could be, it fits the scene perfect. But is that what it is?

Here's the really good CERN like portal in the night time sky over what looks to me like it's the UK: