Hawaii in the USA saw a fantastic video which had three UFO Orbs all suspended in the air. It's a great UFO sighting but has people divided on it.

Eye witness saw up to 8 to 10 strange glowing UFO Orbs filmed over West O'ahu, Hawaii, USA and it even made it to the local news KHON2.

Apparently a lot of people did actually witness this strange set of glowing UFOs. 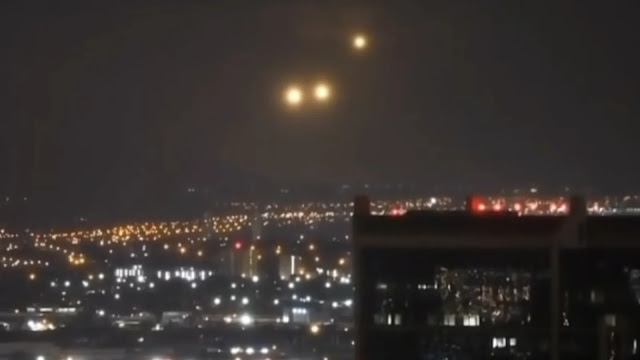 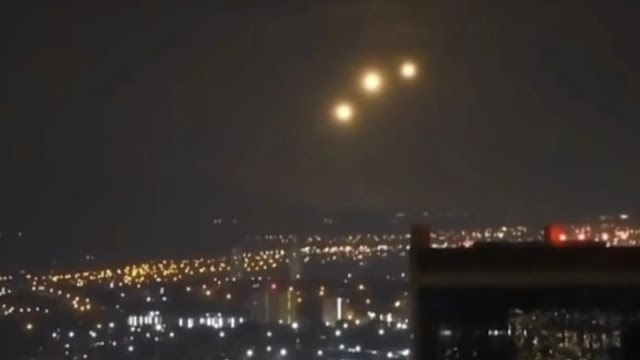 We can only see three of the orange glowing UFO Orbs which the eye witness said was altogether including these eight to ten UFOs.

In the past the news station has confirmed sightings either with the military or local Government but they haven't heard from them.

UFO Orbs are traditionally really hard to figure out because of the flare aspect. It's so easy to dismiss it outright without even looking into it. I totally understand that because for one it's just an Orb. Not very interesting and certainly not as interesting as say the Black Knight Satellite UFO. But a UFO is a UFO no matter what, right!

The eye witness say's that this could be flares, but it makes me wonder if military can drop potentially hazardous materials such as brightly lit flares which burn? Especially over an urban area such as what you can see in the video?

It's a densely populated area and as such there's a potential for a flare actually dropping it's red hot embers down below? Or the burning red hot flare itself could actually fall onto a home, property (or perhaps even people God forbid). And as a realist it could cause a major fire with untold property damage? This tells me that flares are either not allowed over a city centre which is where this one is or it's restricted to daytime which would be pointless but as a training aid only?

It's one of them bizarre moment's in your life where you find you have to pinch yourself because of what's literally happening in front of yourself.

Personally I have never seen anything out of the ordinary except for the odd meteorite skimming through the Earth's atmosphere.

But other than that it's nothing like what some people have seen and filmed. I live in the hope that one day I'll see a UFO or actually a magnificent UFO sighting! Why not if we're talking about hope let's throw the boat out.

Mash Hatae says he woke up at around 2:30 a.m. to get some water, and bright lights in the sky caught his eye.

Guy's, seriously if you've got any thoughts or suggestions and including opinions for that matter on this brilliant triple UFO sighting (that we can see) then please share it with us in the comments section below, thanks and I mean that plus I really appreciate it. Also please share this post, cheers.