Reverse Engineering Is Definitely Happening In Militaries Around The World

Okay, we all pretty much already know that reverse engineered craft's unmanned or manned are "happening" in the world, but now we know for sure.

This generation is the first one to know for sure that there's unknown aerial phenomena actually occuring and what's more important than ever is that we're not alone! 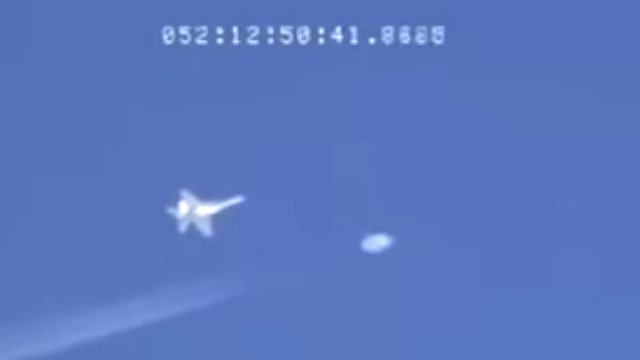 It was a given that UFOs have been recovered from places around the world most notably The Roswell UFO incident way back in 1947.

Are we part of their plan because it seems like them UAPs actually being here is not by accident so why are they here?

I think the Government could have elaborated a wee bit more don't you? But I suppose saying they don't know what or why they're here means whatever happens (if anything happens) they can say they didn't know? The only problem with that is I've never known any politician to ever admit that they don't know anything about something which they've just admitted to!

See how confusing it is?

Unless it's under oath! For real, that's the only time you'll hear that kind of answer from anyone!

If Argentina had a UFO crash on it's territory they'd be wanting to learn as much as they could about it with regards to the exotic technology, the leverage it'd give them world wide which by the way would be enormous. The edge this would give them in all things would be mind blowing especially aircraft and possibly weapons?

This video shows a stunning craft which is a Disk shaped aerial vehicle. It's almost certainly a combustible engine Inside of the craft which is strange. It's leaving a contrail from the fuel which is being funneled out of the rear end of this white, disk shaped craft.

Is the unmanned aerial vehicle limited to the speed it's going?

I mean seriously the questions this pauses are unlimited. Let's be under no illusions here, I'm just assuming that this is a reverse engineered craft and who knows this could literally be straight from the mind of an engineer within the Argentinian Government?

It could be a ground up original, from scratch "home grown" unmanned aircraft behind it's creation and might have nothing to do with UFOs?

These are questions that could be answered by the Argentinian Government, but I'm just at the curiosity stage for now plus getting there attention on UFOs is probably impossible? Even though precedents have been set in the United States for UAPs and the public are now, well informed about UAPs been real. But some people are still going to scoff at the suggestion of UFOs been real.

Yes I'm mainly talking about the "older generation" because the younger more progressive public of the world are a lot more informed on UAPs. The older generation it seems are still rolling their eye's, chuckling and talking about "back in their day" and stuff like that.

How do I know?

Because I too have tried to have "that UFO conversation" with some people who just aren't up to date with the UAP disclosure situation and UFOs in general! UFOs are real, it's now a scientific fact. It's kinda futile in trying to explain or show that UFOs are real even if you pull up a UAP YouTube video with them on! To some people it'll always be out of the realms of possibility that UFOs are real, so it's a pointless excercise I found.

But anyways, back to more important things.

The Jet in this video is white which leads me to believe that it's a training or experimental aircraft? I've been looking for a long while trying to match the white Jet in the video to an Argentinian Air Force jet, but all I can really match it to is possibly is the SU-24 which I don't believe they have?

This Wikipedia page lists all Argentinian Air Force jet's but it's states "Prototypes and aircraft evaluated but not used operationally are excluded."

So, technically we'd never know anyway's at least publicly if they have used one of their "private" shall I say, aircraft's to carry out the testing and development of the UFO (white Disk) in this video? It's about as simple as that if you ask me... 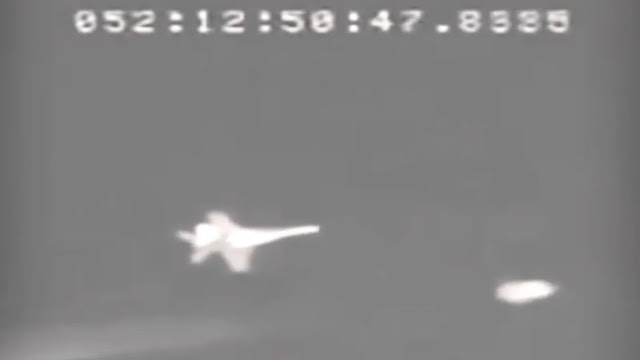 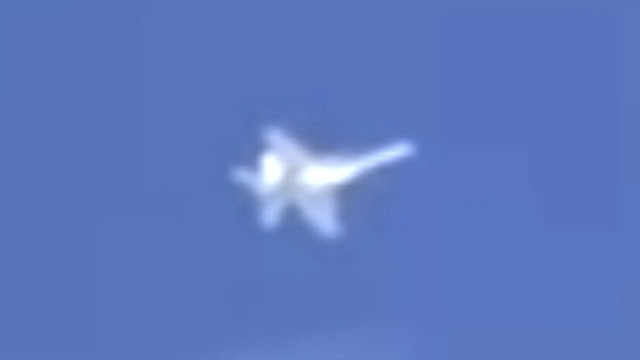 There's a few more variations in the Argentinian Air Force jet catalogue but we would never know for sure as their experimental aircraft and secret aircraft is kept hidden. It's a bit naïve to be honest with you that I thought I would be able to literally just find one of their secret airplanes that was following this white Disk, it was wishful thinking on my part.

Here's the extraordinary video which was uploaded to Instagram by UFO Sighting's Footage (my Instagram page) please enjoy: