San Diego in California, USA saw a fantastic triple UFO sighting or one triangle shape UFO on July 27th 2022. It's supposedly over a military base.

This happened not to long ago even though it seems like a long, long time ago it's just mere month's ago.

San Diego CA USA is a total hotspot for UFO sighting's and other strange craft that's seen in the area. 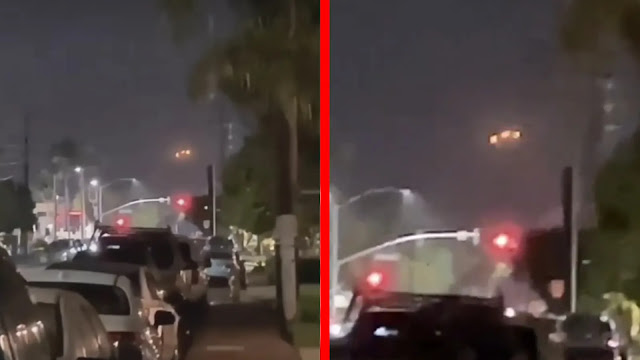 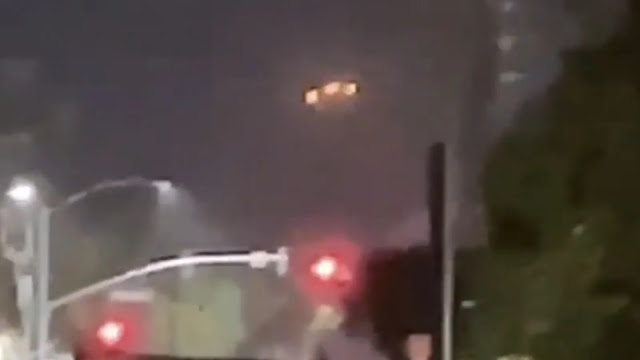 San Diego CA USA is a genuine UFO hotspot where many people have been filming strange UFO light's and craft's for many year's if not decades.

I've written about San Diego UFO sighting's since the beginning of my UFO research which is 2016.

Here's the video which was uploaded to Instagram by aliensuk and it was sent in to them by one of their viewer's. The video starts off with the eye witness walking down the street in San Diego CA when he turns on the camera because he sees a strange triple light up ahead over the red traffic lights.

There's kind of a triangle type of symbol to the arrangement of these UFO Orbs. Or it could be that there's only one triangle shape UFO here which is hovering on the spot and in and around the area of the road ahead. If you recognise the UFO sighting and know the area, did you catch this on camera as well because I'd love to hear from you in the comments below or send me a message direct through Facebook.

Is it a drone operator that's out taking the drones for a stroll in a bizarre twist instead of walking the family pet? Seriously, in this day and age nothing surprises me anymore. If someone has a newly formed hobby of walking their drones, it wouldn't surprise me. Would it surprise you?

Hopefully that's not what we're seeing here because that'd be strange.

There's not a lot to the video and it's a short one but it's where it is, it's in full view of everyone and I'm wondering if it's possible that it's on purpose for people to get used to seeing a UFO? It's a good way to get people to see that UFOs are real and aren't a threat because they're not doing anything?

One comment actually stated that it's flares from the military base. If you know the area could you either confirm or deny it, thanks.

Personally I can't see (or believe for that matter) that the military base would be so reckless by letting off flares so close to traffic and probably people's property, can you?

If you've got any video footage of UFOs and strange footage of craft's, Orbs or other UFOs please share it with us, thanks.

Here's the video of the triple UFO sighting over San Diego CA USA: