4 UFOs Right Over Iranian Highway, The Car Is So Close To The UFO

4 UFOs are filmed in a row right near to a highway which is being filmed by a person who is driving a car. Please be safe while driving. It's in Iran.

Fantastic Quadruple UFO sighting's aren't everyday sighting's which is something that I've only actually written about just a few times before, that's how rare they are.

I've wrote on and covered many UFO sighting's over a long time and these ones here, they're either attached as one single UFO or they're lined up working as one. 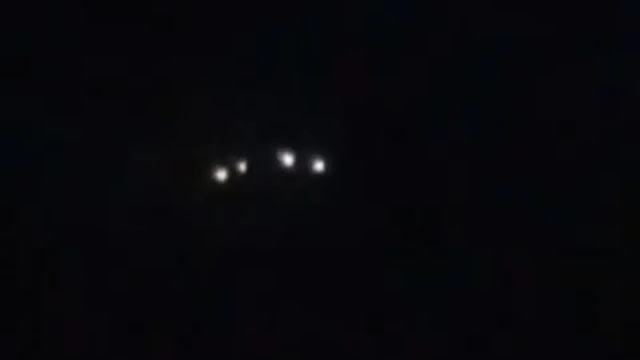 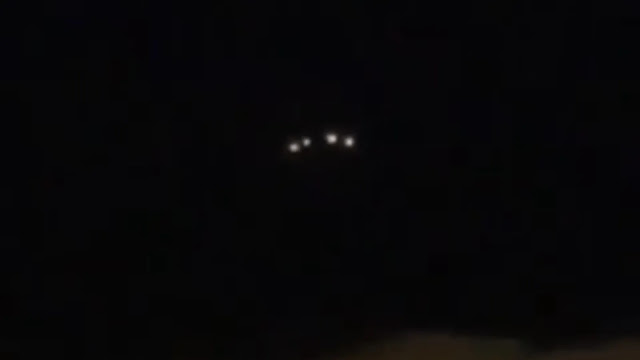 It reminds me of the Phoenix light's incident, what's your thoughts on this?

It could be military or another top secret type of property? I say this because it's the only conclusion I can think of as to why these UFOs (if they're Extraterrestrial in origin) would be hovering over the area? If there's nothing there significant, that raises the question about their intentions on Earth and it raises further questions as to what they are here in the first place?

If this is a hoax then it's a truly difficult time for Ufology researcher's because it's the time it takes up from people while researching these anomalous event's asking for information on them from the public and questioning what they are? It's more about the time that UFO hoaxes take up from other serious encounters, I could be researching other genuine UFO sighting's that have genuine merit and genuine reasons as to why these could be here?

That's a lot of the word genuine!

Ruling UFO sighting's in or out depends on time and place I must admit but it's not a deal breaker. People don't need to give their names but the time it happened, the date and the place is very important. Maybe I should have mentioned this "titbit" a bit more in previous posts because I have written about this type of UFO sighting before very limited where I actually said it wasn't really a deal breaker, but it actually is, it must be right?

The UFO sighting itself is the most crucial part of any UFO event but the time and date plus place can show a timeline of events. This happened over Iran in 2016 filmed over a highway. So, if your thinking about reporting a UFO sighting that you've caught on camera, but don't want to have your name attached to it. Please leave your name out of it, but the time and date and place is very important.

Quick quote from the video:

One of the strangest UFO clips seen in 2016. Mofan's UFO account posted this clip and wrote that it was seen in Iran.

What do you guys think about it?

I don't recommend driving and filming UFOs at the same time because of the obvious dangers. Seriously, if you see a UFO sighting either just watch it, that's the universe giving you a front row seat introduction "just for you" to see our universal family. Or just pull over and film it, please be safe.

Here's the video that show's us 4 UFOs lined up very similar to the Phoenix light's incident: