The eye witness got in touch with me today and sent me this awesome UFO video of 4 UFOs over Chile Skyscraper. It's a great UFO sighting.

This recently happened over Chile with 4 UFOs that was filmed by the witness from his apartment balcony.

What a fantastic video showing 4 UFOs hovering in a row and then they all decide to fly off which they then do so but start to shimmer which all this is in sync and together acting as one. 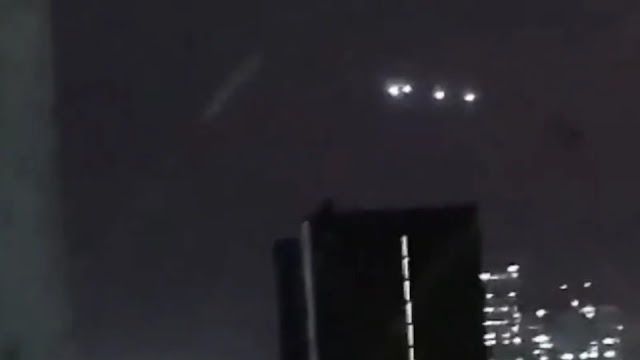 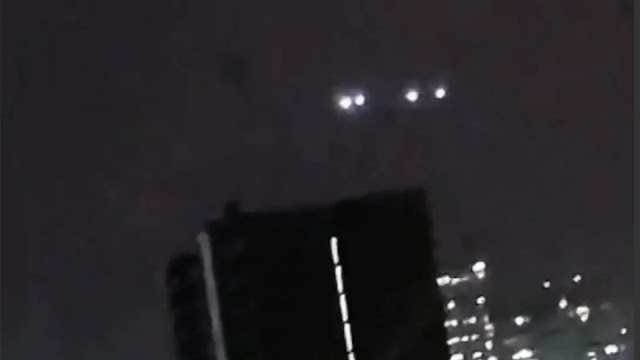 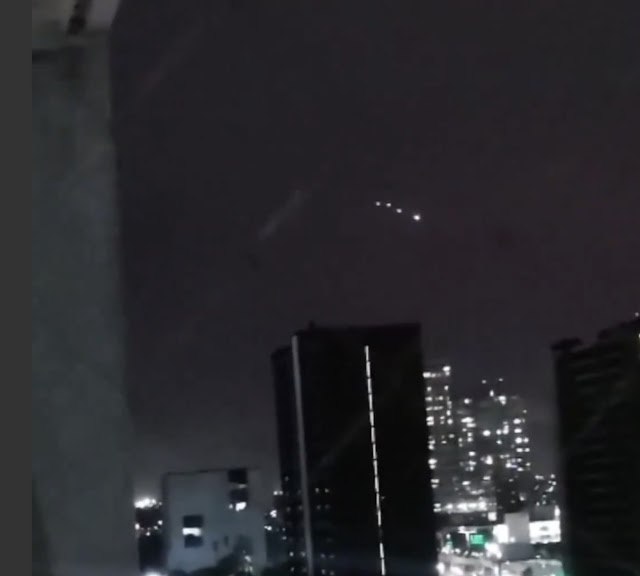 It's a fantastic video showing 4 UFOs over Chile, it's been filmed by the eye witness from his balcony in the city.

It sure looks like 4 Seperate UFOs that aren't connected as one, but the could be because we don't see them actually Seperate at all. It's got to have been filmed by other people as well? For all these bright, very bright actually"like beacons" and to be hovering above a skyscraper in Chile, this must have been seen by other people?

Apparently the 4 UFOs came in over the city and flew until they settled over the skyscraper. The witness tells us and shows us the flight path that they take in the video.

But, I've got to be honest people are all looking down at their smartphones with no time to look up nowadays. The only time that people are willing to look up is when it's time to eat.

I know that it's Chile but I'm wondering if it's Santiago Chile? There's the obvious skyline and maybe because of the skyscrapers and the unique skyline someone out there will know for sure where abouts this is in Chile? The eye witness literally just wrote "Chile."

If you have any thoughts on this please share it with us in the comments section below, cheers. It's a unique skyline so someone somewhere out there will know more about where this actually happened? I was only just contacted not long ago by the witness to this and I was sent this awesome footage of what is clearly a quadruple UFO sighting.

The answer that most people seem to be posting on the witnesses Instagram post, they are saying in the comments that these are UAPs or Unidentified Aerial Phenomena. It could be anything and even it could be drones.

Never is the answer to that.

Because we haven't recognised these or had any clarifications on this sighting, it's a UFO sighting until otherwise.

Here's the extraordinary video which was sent to myself today:

If you have any thoughts on this please share it with us in the comments section below, cheers.