Jeremy Corbell said in a TMZ video that he's released these UFO photos of silver spheres because the US Government/military has disclosed them.

The first time a UFO (slash) UAP has been filmed and released by the Military (slash) US Government over a conflict zone. 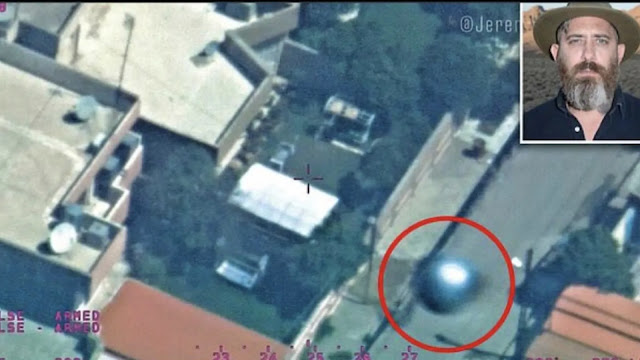 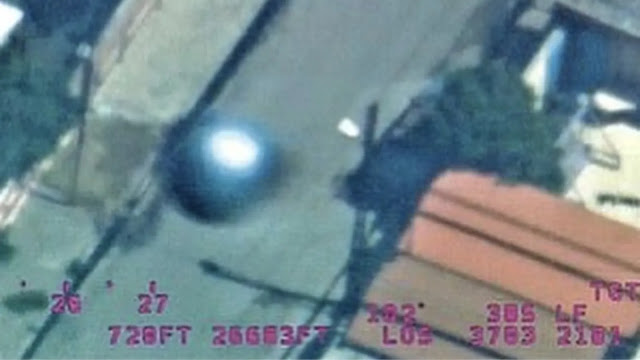 Silver metallic looking spheres filmed over conflict zone released for the first time by the US Government!

This is a round, metallic coloured sphere and guy's, something that Jeremy Corbell said that might escape anyone who's not really paying attention but he says:

So there's a lot of UFO event's taking place over a long period of time. Well, it's all recorded time! And believe me, the Sumerians brought writing to the world, from nowhere! That's a very long time.

Anyways, these metallic silver spheres have been filmed numerous times and even recently they've been filmed a lot. I've about these many times so it's good to finally have some sort of vindication thelst yes these are being recorded by the public but the military as well. With their kind of budgets and their innate curiosity you can guarantee that they saw these and looked into them.

How can they ignore a possible threat? If the enemy flew these close to a base and detonated it, and they knew prior that they was flying around then head's will roll. Plus they can't  ignore these flying in restricted airspace.

And that's possibly why we have a piece of clear footage of them.

The video starts off with a sonic boom in literal terms, the information he's going to be giving is huge in otherwords.

The US Government is affirming that UFOs are real. They are flying with impunity through restricted airspace when nobody has ever given these authority to do so. The US Government, military has obviously been looking into these and they are UFOs. They're not another countries advanced aerial technology because we'd all know by now which country is flying these.

They are either ours that are coming out of dimensions (they just appear on many occasions) there's actually proof to say they do just appear which must be dimensional.

And it definitely takes away the question of how did they get here? I saw a ajosh Rogan podcast not long ago where they was talking about how they get here and "just appearing" was talked about with dimensions talked about also. Where they come come from, the US Government isn't quite ready to tip it's hand just yet but it's started the dialogue with Ufologists, it's come clean which we all knew so for them to do this is commendable.

Expert Jeremy Corbell tells TMZ… the newly released photo is super significant because it’s the first time folks get to see an official government-filmed UFO from a conflict zone. He says there’s still a ton of questions about these objects, but it’s a huge step toward UFO transparency and discovery.

Make sure to leave a comment on what you think about the whole disclosure program and what would you like the Government to do next. If you can share this post I'd appreciate it, thank's.