UFO Break's Apart Over The UK Into Smaller UFOs In Formation

This amazing UFO sighting was filmed over the UK and guy's it's definitely fast becoming my most favourite, almost certainly real UFO sighting ever.

This is the best UFO sighting I'll probably ever see, and to boot it's happened over the UK which makes this "unidentified phenomena" all the better. 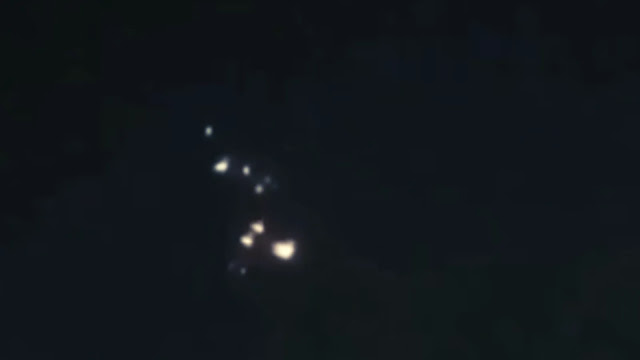 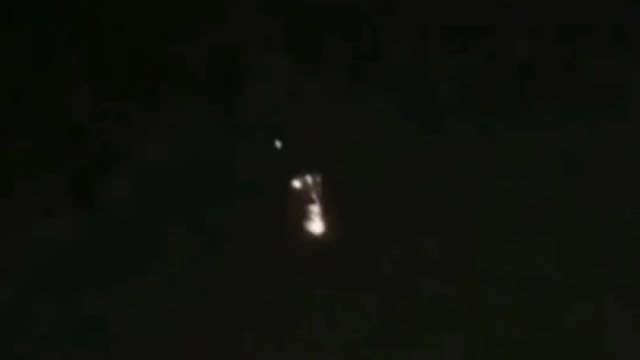 This is what I'm talking about guy's, the initial start of the video shows the UFO as a large single UFO with 3 small Orbs near it. It's filmed showing a smaller UFO coming out from underneath it and in the end it's apart and they all srart flying together in a formation.

I'm based in the UK (as my website address for this blog would imply), so for me to be looking at what's fast becoming my favourite UFO sighting, for it to have happened over the UK, that makes it all the better. Home town advantage lol.

By the way, researching I found this...

This YouTube video is an almost carbon copy of the one I'm writing about now, this one here was uploaded to YouTube by Cryptic Shadows Paranormal channel. It's been reported to MUFON case number 63598. 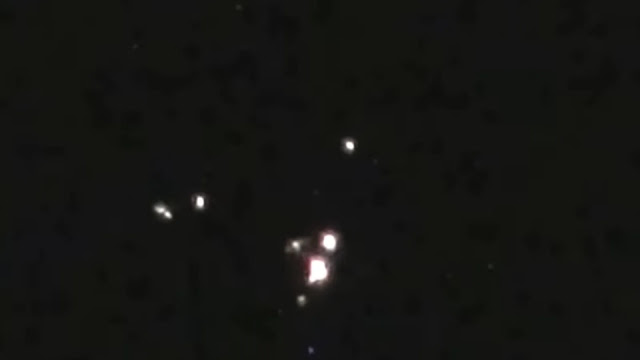 The UFO sighting I'm writing about happened over Olive Branch, MS at 12:46am on 02/26/2015. The similarities between the two are uncanny.

Unknown event's believe it or not don't happen all to often. But when they do happen and someone's been able to record it, that's what makes them all the point's in history. Without being able to back up a sighting anyone can claim anything right, but then the few that do get recorded (for some) become a before and after moment.

Like you can guarantee that the person who filmed this is now a UFO believer?

So how does it affect an already UFO believer? It reinforces the reason why I got into Ufology because there's something bigger than us, news bigger than anything else that's gone before us in history. Having confirmation of Extraterrestrial life in space would be a momentous event in time unlike anything else that has been, going to be or is! And that's barr none!

So, Alien's exist, they've got a planet out there, they've been in touch with us and they want to meet.

They're roughly 350 years ahead of us in terms of technology and spirituality.

What do we do?

They're willing to possibly share technology, enlighten us to food security, water security and guarantee that they have the technology to restore climate change, reverse the ice melting poles and cure most diseases.

You see, this is why when I talk about believing in Aliens I'm basically hoping that there's a help out there for the Earth. I look at the state of everything, I see all our problems and I hope to God that there's light at the end of this very dark tunnel.

I don't just think "I believe in Alien's" and that's it.

There's a reason for why I believe that Alien's exist, because if they don't exist with a cure then we're done for.

We know that we're all killing this planet. Many countries keep on burning record amounts of coal, we're trying to destroy ourselves with pollution, climate change, war, hunger, poverty, rich getting richer, the poor getting poorer and the oceans are losing all it's life. Record amounts of sewage are going into rivers.

We're decimating the planet and we know it, but we won't do anything.

I'm hoping that Aliens exist and that they'll teach us through shared technology how to heal "our" planet? So that's why I believe in Extraterrestrials.

The UAP disclosure has told me I'm on the right tracks.

Here's the most important UFO sighting this year so far:

If you've got something to say about this one please share it with us in the comments section below cheers. Also please share this post, thanks.