It wasn’t just an ordinary day at work for employees of a water company in the Netherlands, who earlier this month stumbled upon an earthenware cooking pot containing around 500 gold and silver coins dating to the 15th century while laying pipes at a building site. How lucky were they finding gold coins? It seem's to never happen to me but then again I don't go around laying pipes willy nilly.

Not Just at The End of Rainbows: Gold coins are still been found in modern places like the Netherlands even though they are pretty modern, they keep throwing up the past and it seem's like some are just luckier than others?

These gold coins when cleaned up will have a really good premium on them just because how they were found and how old they are? 15th century gold coins are rarer than Rocking Horse doo doo.
In fact these coins will probably set new records when sold on one day? 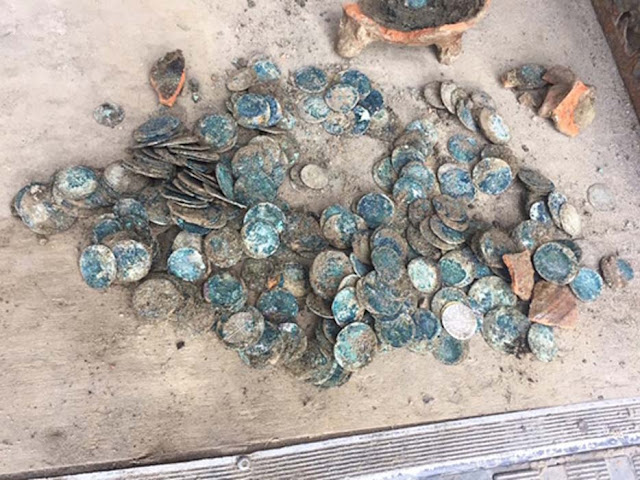 It wasn’t just an ordinary day at work for employees of a water company in the Netherlands, who earlier this month stumbled upon an earthenware cooking pot containing around 500 gold and silver coins dating to the 15th century while laying pipes at a building site.
How lucky were they finding gold coins? It seem's to never happen to me but then again I don't go around laying pipes willy nilly?

The only pipes I lay are bag pipes and I don't even play bag pipes? I suppose you get what i'm saying? People are luckier than me is what the jist of that is? It reminds me of the Shropshire hoard when a metal detector guy found England's biggest Saxon hoard just laying out in a farmers field! There were kilos and kilos of gold just there for the taking, very good because I am interested in the history and preserving our ancestors legacy.

I'm glad they (the farmer and guy who found it) because if sold on the black market, well we'd lose our heritage and a massive chunk of our history let alone a sizable hoard of
PRICELESS TREASURE!

Dutch News reports that the treasure was discovered during building work for a new town being developed between Vianen and Hagestein in the province of Utrecht, and may shed new light on what occurred in the medieval town of Hagestein after it was destroyed in 1405. Dr Boer explained that during the time the coins were in circulation, the Netherlands was ruled by a French noble family, the ‘Dukes of Burgundy’, who had deep ties to France's royal family.

However, there remain many gaps in the knowledge of this time period, particularly in the aftermath of the violent destruction of Hagestein, near where the coins were discovered.

“‘We now have a pot full of stories,” archaeologist Peter De Boer told NOS. "Every gentleman gave out his 'business card' by way of a coin, and therefore there is a lot to discover. Stories over power relations, religion and a lot of symbolism." 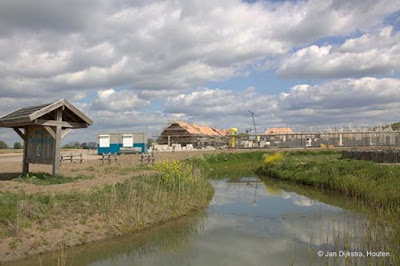 Pot of Gold An analysis of the coins revealed that twelve of them were solid gold, while the rest are silver. The true value has not yet been determined, but the owners of the water company Oasen, the project developer, and the land owner where the treasure was found, are likely to do quite well. “Some textiles were also found in the pot, indicating that the coins were packed in fabric bags or cloths,” reports NL Times.

“Most of the coins seem to date from the 1470's and 1480's. Some of the coins show King Henri VI of England, Bishop of Utrecht David of Burgundy, and Pope Paul II.” The joint owners of the coins have temporarily let go of the coins so they can be studied, and they will then decide what they wish to do with them.

It’s not the first time a pot of treasure has been discovered by some lucky finder. In 1993, two amateur treasure hunters found a collection of over 4,000 Roman coins in a pot in Lincolnshire, England, and in 2015, two clay pots were found by forestry workers in Poland, containing a hoard of more than 6,000 coins. There may not be golden treasures at the end of every rainbow, but pots of gold are still to be found! Top image: 15th century gold and silver coins found in the Netherlands. Credit: Oasen