Ancient times had it's fair share of UFO sightings and there's real and tangible proof of them UFO encounters in the paintings and wall carvings left by ancient and long ago dead artists? In Egypt for example there's carvings and reliefs of UFOs, submarines and even an helicopter! But our focus today is in the UFOs which seem to be out of place in masers of the art world? Read the following post and you will have your mind opened and even you'll become either a believer or believe even more in the phenomenon that is Ufology?

There's always a few UFO sightings that always stand out and seem to demand an extra look see? These are them! Diamond structures, triangular shapes and unusual markings with lights or what could be the power-train so-to-speak?

It could be light which propels these crafts which shouldn't be ruled out because one thing which is becoming apparent is that there's way more to light than just sending messages or lasers or using light parachutes in space?
Light seems to have more properties and is seen on pretty much every UFO since day dot of them being reported? Just like this one... 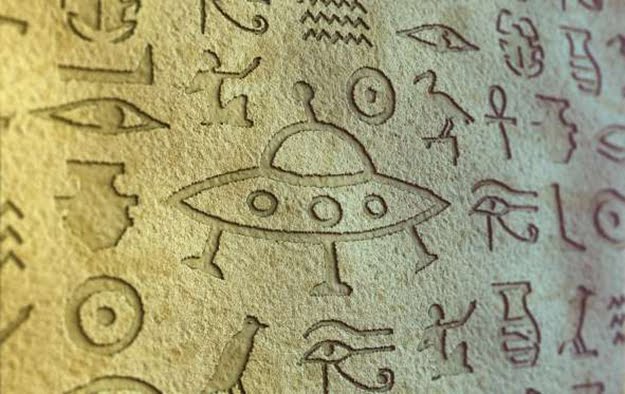 When focusing on one thing it's easy to become preoccupied with it but every now and again it's good for everyone to back the heck up and take full stock of all sides and look at the controversial evidence but see it for what it is and what it could be or what it could mean?

Well, the carvings in the above Egyptian Pyramid speaks for itself? There is no interpretation or confusion of what it could be or what it could mean?
And there you go? It's not hard for the naysayers to understand is it? Just take a seat rom the high pedestal your on and get a bit of common sense will you? I'm not having a go at the believers but the people that can't see the magic four in the wall carvings? Believers or "common sense" people can see this for what it is and it is bloody astonishing that modern day technology, machines and weapons of war or instruments of war are depicted in ancient Egypt wall carvings?

This wall carving of a helicopter and the tank, for me proves time travel or knowledge of the future but which is hidden and only accessible to a certain few or "illuminated ones"? Hint, hint. Illuminated or illuminati? Secret knowledge is everywhere. Or should I say hidden knowledge is everywhere? It's hidden yet to be understood and those that have it secretly hide it in plain sight and why not it's not like you can understand it, right? 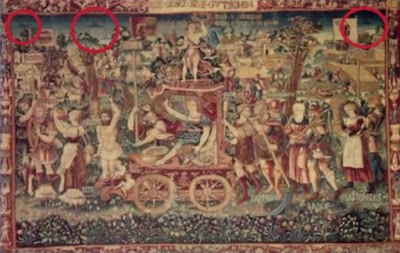 People are waking up because inadvertently releasing bit's of futuristic technology, books and all access documentaries and especially the popularity of Ebooks, people are reading more than anytime in history? We take more information in now than at anytime in history and so we are evolving the way we process information in the brain hence inventions are coming thick and fast.

One day the wheel was finished, completed. That was a very, very long time ago. Since then the major inventions just stalled. Before the wheel it was fire. After the wheel it was probably the train? But in the last 40 years we've gone from a backwards planet (majority of the people of the world was illiterate and living in the country) to a planet of for thew first time ever, people living in the cities are now the majority! Illiteracy levels are at the lowest it's ever been and the aspirations of people has never looked better for the lowest people in society i.e poor, disadvantaged and the most vulnerable.

But today these people (thank God) have a better quality of life and hurdles are being bulldozed down everyday. That is a miracle in itself but it's all down to technology and the brain evolving. The capacity for understanding has widened to the point that anything is possible quite literally. We can give ourselves super powers. We have super abilities like strength, stamina and health of which is the product of the belief system in which we tell ourselves more and more that anything is possible if you put your mind to it? That is a trigger point in your DNA that acts like the placebo effect. If you ever hear the statement that "if you believe it you can do it" well that is a true statement is it not?

That is all there is to it? Belief. Belief in your own abilities which are born from thinking and strategising of which is getting stronger within the human mind over and over again in turn passing that skill on to your children who then posses the hidden strength and then combined with a new ability well then it is called evolving of the mind and the evolving of the belief system which underpins the whole society in which the mind is a key player. You are a product of each and everyone's belief system so to say one day that we might be using cars that hover?

It's a fact that we will be using cars that hover, drive themselves and spaceships which have a warp drive. A scifi movie always has a warp drive for some reason humans are stuck on this which indicates we already know where we are going because we've got it mapped in our brain already? That's why the brain is so big? It has to possess all the abilities to process all the vast data that is happening and that is to come in a predefined reality of which just goes on and on like a wash, rinse, repeat cycle but forever? Reincarnation is real.

When you die you instantly wake up in a new body so the immortal soul is forever and it is immortal, but when you sleep your actually resting your body of which needs the recharging.The soul goes on a journey through the past, present and the future. This is why you can't make heads nor tails of dreams sometimes?

Anyways, this was all known to the ancient ones or the ancient watchers. Why do I know now? Because I literally stared insanity in the eyes and I came out with my faculties still intact but it was a fight that i'll never forget. Right at the last minuet I won that battle over losing my marbles.

Applying combinations like behaviour combinations can be applied to the bigger picture and this is how some predict the future because it's human behaviour we are creatures of habit. We actively seek out routines and routine behaviour is hard wired in to our DNA therefore when you see a warp drive in scif movie after scifi movie endlessly referring to it well then it's gonna happen!

The same happened with driverless cars and the flip phones or communicators like in early Star Trek which by the way prophecised a ton of stuff? The tractor beam (is now fact) and the ability to send information on a laser? It's all been prophecised in movies and why movies, it's because it's human behaviour playing out in motion therefore sad as it may seem, but TV does offer some advantages and that's giving one the ability to see human behaviours playing out and analyse what everyone is banging on about that the future is going to look a certain way? Obviously only in scifi movies?

The ancient ones would probably be happy and sad at the same time for us if they could see us now? Happy that were all trying to move forward but sad that we let our human instincts get in the way and we fight, kill and wipe out each other? 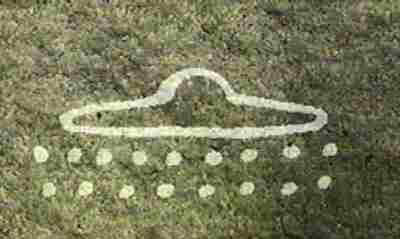 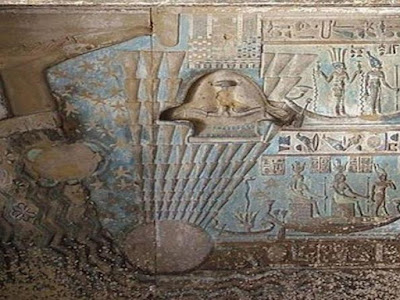 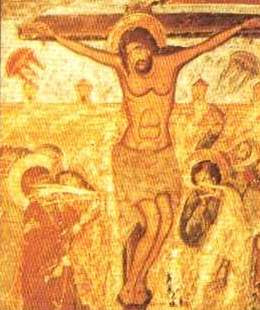 Guys seriously it's an endless stream of artwork which depicts UFOs in them? The artists were trying to tell us something or trying to tell a story back then that either the future could have Alien visitors or that the artist believed in Aliens but hadn't seen one but would like very much to see one and this is how he/she expects a UFO to look like? Just like today? It's modern thoughts and beliefs that transform our world around us, we are shaping the world with our thoughts quite literally via our hands! 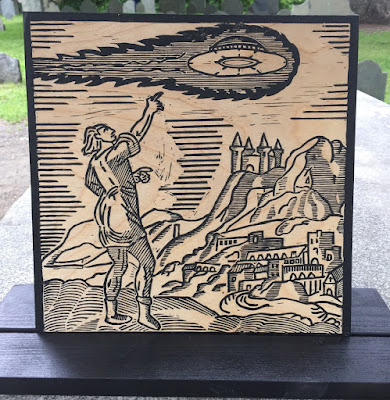 I'm not gonna stop what I do because there's a ton of research that needs well, researching? UFOs on any given day average around a thousand give or take a hundred or so either side? The UFOs that make it to MUFON or which are reported a while after have averaged around maybe 5 - 10 percent of what actually has been seen? Some say it's even less than that and it's closer to 1 percent?

Either way ancient Aliens have captured the imaginations of countless authors and movie directors? It will always be a "genre" of which will capture the imaginations of people but also it has it's drawbacks because it's controversial and conspiracies are sometimes now classed as fake news of which is getting battered recently? Everyone and their mothers are trying to police the genre of conspiracy theories because it all comes down to money over the truth! 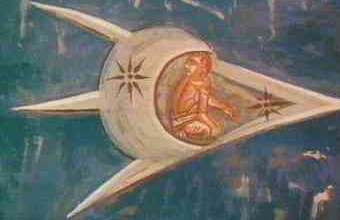 UFOs in the Bible and the Vedas

Guys, history is fascinating and you have to remember that there was things going on all over the world on any given days? Like the day of Christ being crucified, what was happening in England or France, Paris? There was things happening everywhere and it's the same for every notable and historic event that happened in antiquity, events were going on everywhere and people forget that?

On this day 3.002 days ago Egypt was building a tomb for such and such while in England people were living in huts with a tree for a neighbour?