Substantial evidence the universe is a hologram

Space is a universe and the new theory by scientists is actually surprisingly sound? The evidence is getting more better as they keep publishing new findings? It's fascinating to read it's fascinating to understand and from there you can't help but realise that this could be an air tight case?

You know what a hologram is don't you? It's a fake, unreal, not there or made up reality which is a product of intelligence right, and therefore must be the product of a master programmer or creator and destroyer of worlds? (maybe that's a good answer)?

It's however you word it really? I could just say that the universe is a hologram and that's it. No more thinking is needed. But, and that's a big but - if we go to the next chapter of this story so-to-speak and we have to address the facts or the information that we already know regarding how holograms are put together or made now and what is needed far a hologram to work. 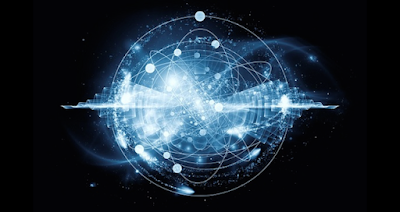 Well guys it leads us down an intelligently made reality of fake proportions which indicate that God is a programmer and uses that universal language with which we could communicate with Aliens, you know the one which scientists like to say or talk about and that's maybe what is making the hologram universe?

We humans only know holograms because we intelligently made them? As far as we know they don't exist in nature therefore we have to assume that the hologram which the scientists are referring to could be an intelligently made one? But, it could be a hologram that is all unto itself i.e self made, self aware and yeah i'm running out of questions and answers? 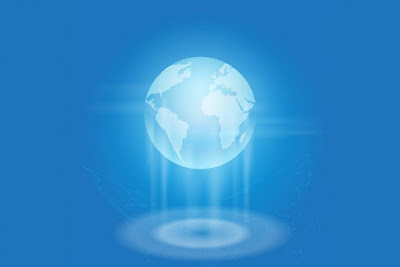 Scientists have found 'evidence' that the universe is a hologram. By looking at the universe just after the Big Bang, researchers claim to have discovered the first observational evidence of holographic cosmology where the universe is contained to a 2D surface, and we only perceive our 3D world. The idea for a holographic universe is not new. First suggested in the 1990s, it can be likened to characters on a TV show they do not know their 3D world exists only on a 2D screen. In the same way, our 3D universe may just be an illusion – an illusion that can be tested.

In a holographic universe, all of the information in the universe is contained into 2D packages trillions of times smaller than an atom. Advanced telescopes and sensory equipment is now making it possible for scientists to detect hidden data revealing the "white noise" left over from the moment just after the universe was created (cosmic microwave background, or CMB). At present there are inconsistencies between quantum physics and Einstein's theory of gravity. If the universe was a hologram, these would be solved.

Publishing their study in the journal Physical Review Letters, the researchers, from the UK, Canada and Italy, looked at the CMB to make complex comparisons between networks of features in Planck data and quantum field theory. Their findings showed some simple quantum theories could explain cosmological observations of the early universe more so that more traditional theories like cosmic inflation could.

"Observations can be used to exclude some quantum field theory (QFT) models, while we also find models satisfying all phenomenological constraints," the researchers wrote. "We showed that holographic models based on three-dimensional perturbative QFT are capable of explaining the CMB data and are competitive to ΛCDM model (the standard model of Big Bang cosmology)." 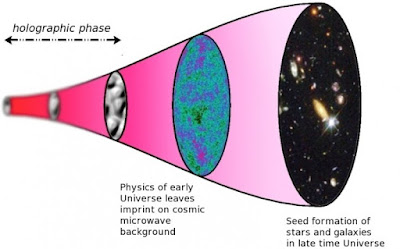 Study author Kostas Skenderis, from the University of Southampton, said: "Imagine that everything you see, feel and hear in three dimensions (and your perception of time) in fact emanates from a flat two-dimensional field. The idea is similar to that of ordinary holograms where a three-dimensional image is encoded in a two-dimensional surface, such as in the hologram on a credit card. However, this time, the entire universe is encoded!

"Holography is a huge leap forward in the way we think about the structure and creation of the universe. Einstein's theory of general relativity explains almost everything large scale in the universe very well, but starts to unravel when examining its origins and mechanisms at quantum level. "Scientists have been working for decades to combine Einstein's theory of gravity and quantum theory.

Some believe the concept of a holographic universe has the potential to reconcile the two. I hope our research takes us another step towards this." Lead author Niayesh Afshordi, from the University of Waterloo, said: "We are proposing using this holographic universe, which is a very different model of the Big Bang than the popularly accepted one that relies on gravity and inflation. Each of these models makes distinct predictions that we can test as we refine our data and improve our theoretical understanding - all within the next five years."

Check the link here for this fascinating stories origins: