Statue of Moses in Rome has HORNS!

Moses statue has got horns and that is a real statement! The Vatican ordered this amazing but very, very strange and extremely uneasy looking statue from Michelangelo but it is a really odd statue as it has a Goat style head with HORNS? I don't know what to make of this but I will attempt to make sense of it in this amazing post? 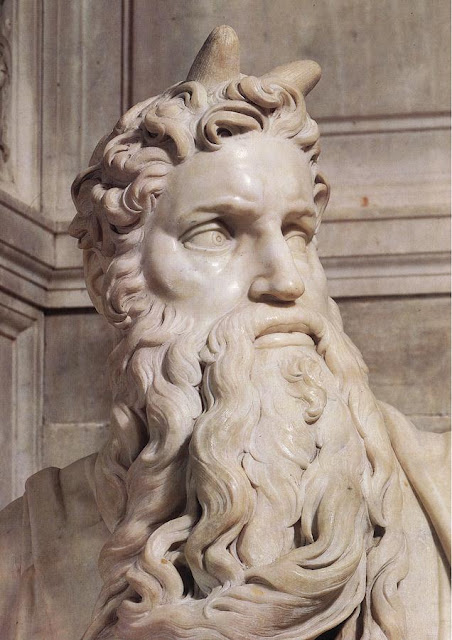 Here is what the Wikipedia page says about this real oddity and very bizarre looking and somewhat hideous looking statue of Moses:

The Moses (Italian: Mosè (moˈzɛ); c. 1513–1515) is a sculpture by the Italian High Renaissance artist Michelangelo Buonarroti, housed in the church of San Pietro in Vincoli in Rome. Commissioned in 1505 by Pope Julius II for his tomb, it depicts the biblical figure Moses with horns on his head, based on a description in chapter 34 of Exodus in the Vulgate, the Latin translation of the Bible used at that time. 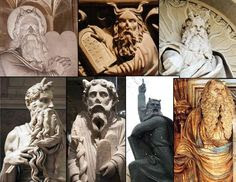 So it was a language translation error? Well I call that a load of you know what because the Pope that ordered this statue could of said "don't add any horns to the statue" or even "take them off" if they were added? Guys this stinks of a conspiracy theory and it makes me very uneasy just writing about this because Horns are associated with evil and horrible stuff? It has Baphomet looking characteristics (Goat Devil) and it does not sit right with me and the few people I have shown this to?

Even when I first suggest that this is real to people they simply laugh and say "your wrong" or "it can't have horn's because it's Moses"? Then I whip out the good old Google and people's jaws literally drop to the floor because it's not just one statue with horn's depicting Moses, there is a few of them! So there's no way this could of been a translation error, could it of been? I mean, one statue maybe but a few of them...

People simply can't accept that Moses, yeah Moses from the Bible has HORNS!

I couldn't believe it myself, until I looked it up? 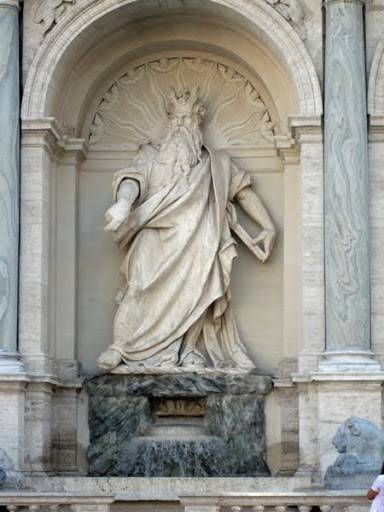 Why didn't the Vatican refuse the statue? They should of said don't bring that anywhere near here! That's a rhetorical question. Did you know about this blatant reference to the Devil? And yes, any human depicted with horn's is a reference to the Devil! I'm sorry to say that but it's true? I don't know of any other reason why this statue has horns and neither does the person who carved it? OR does he?

Therefore my assumption is that this is a blatant but hidden in plain sight reverence to the Devil! Until a good enough answer (not from now because that would be an assumption but from way back when this was built, carved or chiseled or otherwise, then I will continue to look upon this as a very, very dark and hideous abomination! Is this how you would depict Moses?

You would not depict Moses from the Bible with blooming horn's! So why does it exist? Is it anything to do with the recent telescope that the Vatican has just invested 100 million Euros in to? Oh by the way it is called LUCIFER!

I kid you not! They built, and called this new telescope Lucifer.

Giorgio Vasari in the Life of Michelangelo wrote: "Michelangelo finished the Moses in marble, a statue of five braccia, unequalled by any modern or ancient work. Seated in a serious attitude, he rests with one arm on the tables, and with the other holds his long glossy beard, the hairs, so difficult to render in sculpture, being so soft and downy that it seems as if the iron chisel must have become a brush. The beautiful face, like that of a saint and mighty prince, seems as one regards it to need the veil to cover it, so splendid and shining does it appear, and so well has the artist presented in the marble the divinity with which God had endowed that holy countenance.

So I am going to leave this post a bit more skeptic and doubtful of the intentions of why this was even commissioned made and also feeling a lot more conscious and aware of the unseen and maybe hidden evil forces at work in the world? I am not completely sure how to take this "whole thing" to be honest with you? It is a very puzzling and perplexing dimension if you will to an already world full of troubling and upsetting events?