If ghosts were real, Brian Cox claims CERN would have found them by now - Large Hadron Collider

So we found this post online that basically says that Brian Cox is the best person to ask when you need answers on Ghosts, the Paranormal, Eerie things, Poltergeists and other unseen "weird" forces? Well i'm pretty sure he's a professor at Manchester University and he's so far away from the Paranormal that he's practically the Pangea's continent of the Paranormal world? In other words he's NOT the best person to ask about modern day Paranormal and Ghost related investigation's? It's like asking a car mechanic to tell us why Physics doesn't fit in with the "standard model" of telephone calls from person to person using two tin cans and some string? 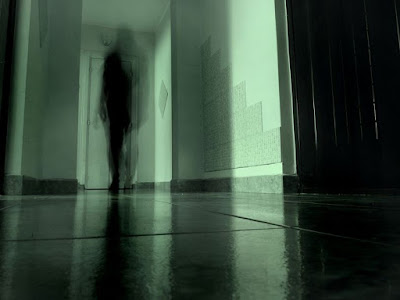 Ah sarcasm, my favourite past time since 1978.

The existence of 'spooky' paranormal beings defies the laws of physics.

There are countless conspiracy theories surrounding ghosts and paranormal activity, and while it shouldn't need explaining to anyone who has a scientific mind, Brian Cox has stressed why such apparitions are "inconceivable."

"INCONCEIVABLE"
Yeah to a scientist who only wants to continually do repetitive tests? The Paranormal world is not this world of material things or has someone left that bit of CRUCIAL EVIDENCE out of the equation?
Anyways...

Continued... "We must, in other words, invent an extension to the Standard Model of Particle Physics that has escaped detection at the Large Hadron Collider. That's almost inconceivable at the energy scales typical of the particle interactions in our bodies." Neil deGrasse Tyson, an astrophysicist who was a guest on the episode, responded, "if I understand what you just declared, you just asserted that CERN, the European Centre for Nuclear Research, disproved the existence of ghosts." Cox agreed.

So there you go! Pack up, get your hammock and your outdoor Crocks on and git thumbing it back to fairy land? It's all been sussed out and "extensively" I might add by these two during a radio show!

I knew it was this easy to work out the whole Paranormal phenomenon in a short radio interview? If only I knew beforehand I could of done it and wrote a book?

Speaking on his BBC Radio 4 show The Infinite Monkey Cage (real edgy) the University of Manchester professor explained that if ghosts existed, CERN's Large Hadron Collider would have found them by now.

My biggest problem with that is this Mr Cox:

They're not even looking for Ghosts! So they're not even using the right equipment (unless you know something we don't?) So if they're not using the right equipment (maybe) how can they be sure that they're checking all avenues that could result in the existence of Ghosts? They could be missing one crucial lense? Or a filter that needs to inside the machine? Or what about less or more energy?

So yeah, I don't agree with Mr Cox because of the reasons i've just said?

C'mon how can you say that Ghosts don't exist when your not even doing any research or experiments on Ghosts? Your taking findings from something totally different and applying their answers to the Paranormal world? It just does not compute?

"If we want some sort of pattern that carries information about our living cells to persist, then we must specify precisely what medium carries that pattern, and how it interacts with the matter particles out of which our bodies are made,” Cox said.

The LHC searches for the tiniest parts of our Universe

The Standard Model of Particle Physics describes everything we know about the fundamental building blocks of nature. It says fundamental particles are governed by four forces: gravity, electromagnetic, weak nuclear and strong nuclear. It is the best description of the fabric of reality we have so far, but it is not perfect. Scientists are constantly searching for new particles that do not fit the model. 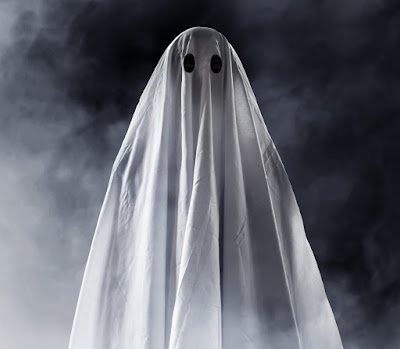 This is because they hope to break free of its strict guidelines, which have so far been unable to explain things like how classical and quantum physics can fit together. While particle physicists are battling with discrepancies in the incomplete theory, Cox says there is no way ghosts are another one of these mysteries, because they defy the laws of thermodynamics. His explanation for this is simple: if ghosts existed, they would be made purely of energy, because they contain no matter allowing them to pass through walls and do other "spooky" things.

The second law of thermodynamics says the overall entropy, or disorder, in a system always increases with time and this means energy is always lost to heat. The only way a ghost could continue to haunt Earth is if they had a constant incoming source of energy – otherwise they would not last very long at all. The LHC is the world’s largest particle accelerator, used by physicists to get a glimpse of the tiniest parts of our Universe. It can see how our own cells are driven by energy, and if there was a strange force driving ghosts’ cells, we would have seen it by now.