Project 1794 And The Flying Saucers They Were Supposed NOT To Be Working On?

The US governments Project 1794 in to Flying Saucers and how to build them proves a few things as far as I am concerned? It proves they took it very seriously the UFO phenomenon and it proves they lied when they said they don't have anything to do with flying saucers and UFOs? It proves they belittled and mocked scientists when they spoke out about them all the while working on UFOs and for what, for it all to come out later on in the decades to come and now we see them for the liars they were? Theres no argument about National security because apparently it turned out to be a folly "apparently"? But here's the thing, what else are they lying about that we will catch them at in the future?
The US was working on Flying Saucers regards of what they said publicly and it looks like they were taking it very, very seriously! So yeah when the US government says one thing we should take it with a pinch of salt especially with regards to UFOs and the existence of Aliens? If your caught lying about it once then how do we know they're not pulling the same stunt again? Well we don't and all we have to go off is past behaviors and they've lied once so...


I mean just look at this image marked " SECRET" and you tell me if they took it seriously or not? 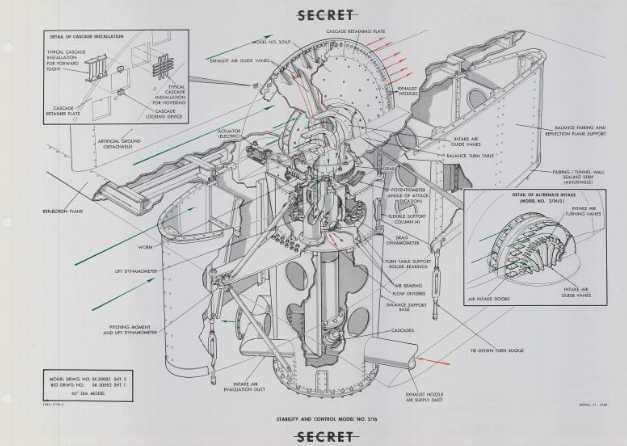 Officially, aliens have never existed but flying saucers very nearly did. The National Archives has recently published never-before-seen schematics and details of a 1950s military venture, called Project 1794, which aimed to build a supersonic flying saucer.


The newly declassified materials show the U.S. Air Force had a contract with a now-defunct Canadian company to build an aircraft unlike anything seen before. Project 1794 got as far as the initial rounds of product development and into prototype design. In a memo dating from 1956 the results from pre-prototype testing are summarised and reveal exactly what the developers had hoped to create. The saucer was supposed to reach a top speed of “between Mach 3 and Mach 4, a ceiling of over 100,000 ft. and a maximum range with allowances of about 1,000 nautical miles,” according to the document. If the plans had followed through to completion they would have created a saucer, which could spin through the Earth’s stratosphere at an average top speed of about 2,600 miles per hour.

Wow. It was also designed to take off and land vertically (VTOL), using propulsion jets to control and stabilise the aircraft. Admittedly the range of 1,000 nautical miles seems limited in comparison to the other specifications but if you’d hopped on the disk in New York it could’ve had you in Miami within about 24 minutes. The document also hints that the product development seemed to be going better than planned; “the present design will provide a much superior performance to that estimated at the start of contract negotiations.”

It begs the question – why was the project dropped? Why aren’t wars being fought with flying saucers? The cost of continuing to prototype was estimated at $3,168,000, which roughly translates to about $26.6 million in today’s money and wouldn’t have been an insane price for such advanced technology. The problem with the other flying saucers developed under the same program (see video) is pretty clear. They didn’t get anywhere near 100,000 feet in altitude, more like five or six if you were lucky – so the military finally pulled the plug in 1960. 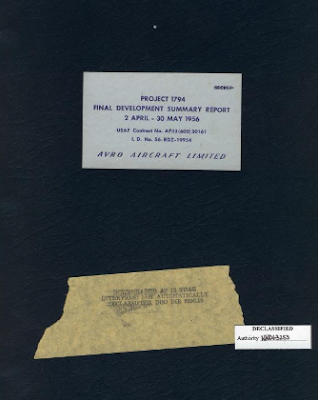 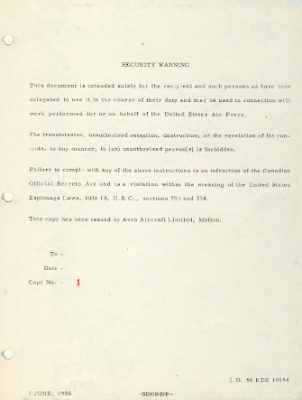 That's the introduction and there's loads more to come, we suggest you check all this out guys? 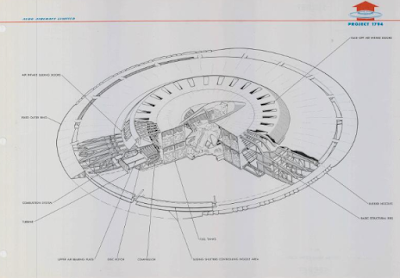 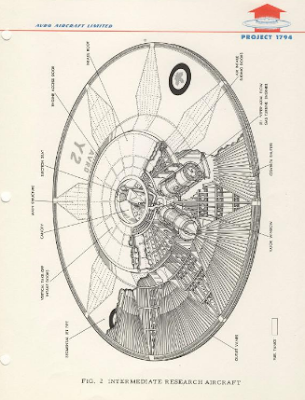 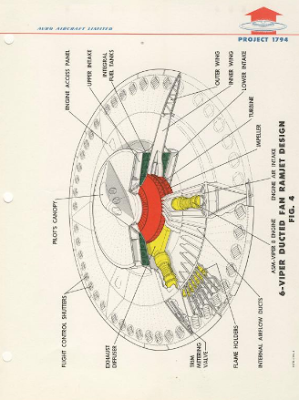