Have NASA discovered life on Europa or is it a question from the outset? Have, they found Aliens? In space don't forget, it is vast, it has many types of materials from rocks to gasses and light to water, ice, dust, solar, microwaves etc so all it really takes is for some of these materials to come together at a specific time and that creates the meaning of life. Just like it did here on Earth. The right sorts of materials came together just so in the right order to 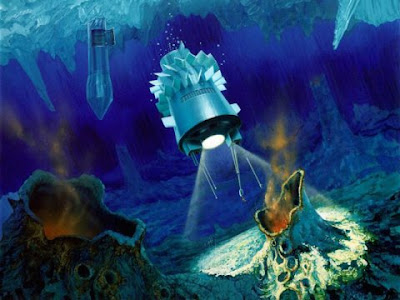 Uploaded by ANGELUS on Wikipedia


So has life really been found in space?
SCIENTISTS are taking a fresh look at Europa as a possible home for alien life after reexamining old data which suggests there is water on Jupiter’s most famous moon. 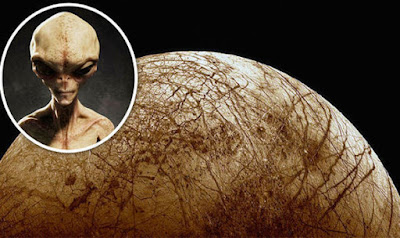 Have Aliens been found or is it a question from the outset?

In 1997, NASA’s Galileo spacecraft completed a flyby of Europa and data from the mission shows there was a bend in the moon’s magnetic field. By analysing the data again, researchers believe the bend could have been caused by a water geyser gushing out of Europa’s icy surface. Planetary scientist Elizabeth Turtle, of Johns Hopkins University Applied Physics Laboratory, said:

"We know that Europa has a lot of the ingredients necessary for life, certainly for life as we know it. There's water. There's energy."

“There's some amount of carbon material. But the habitability of Europa is one of the big questions that we want to understand." 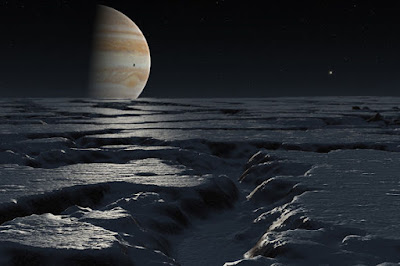 "And one of the really exciting things about the detection of a plume is that this means there may be ways that the material from the ocean which is likely the most habitable part of Europa because it's warmer and it's protected from the radiation environment by the ice shell, to come out above the ice shell.

Could a liquid water ocean beneath the surface of Jupiter’s moon Europa have the ingredients to support life? Here's how NASA's mission to Europa would find out.

“And that means we'd be able to sample it.”

NASA is planning a mission to Europa, one of 53 confirmed moons of Jupiter, which could launch by 2024. When NASA first announced it was going to Europa, it said that there are three objectives from the potential mission:
So basically it's a mission to find, analyse and plan for the future of Europa? Is it because they (NASA) want's to eventually colonisation Europa as a possible fueling station or a refueling station? It could possibly be the first step or be a "springboard" before a future NASA spaceship goes on and out to the deep parts of space? The last outpost so-to-speak. The potentail possibilities if they did that are and could be endless, considering what they find and discover on this mission?

With the future always secured at NASA the possibilities are endless because NASA have always prepared but not just for today but for decades and decades to come if not for the next centuries worth of missions? It stands to reason that if they need to allocate funds and materials then they need to know where and when they're going?

A refuelling station makes sense?
If they find organic matter they could make biofriendly fuel?
Does that mean they'll work towards designing and making a powerful biofriendly rocket?
With a potentially unlimited supply of that particular fuel then why not make a rocket powered by organisms found on Europa. Keep an eye on whatever they find, they'll try to use it to their advantage and create a whole new rocket design based on that find, maybe?
I would...

With technology ever changing and evolving plus it's getting smaller, these present real challenges and you'd think it was the absolute opposite wouldn't you but if for instance, one year a satellite has been prepared but something else comes along that does everything that the satellite already does but at half the weight, half size and half the price then it makes sense to change with the changes?
Or does it? I mean if it's paid for, why add more costs?
I see the arguments for and against?
If it's already paid for...

The space agency said in a statement:

You see it's all about the future missions. These missions were probably planned for by the predecessors of the NASA scientists right now, maybe? It wouldn't surprise me because that's just how far they look in to the future which is all good but does it allow for changes? I'm not to sure about that, unless they know more which I don't which is highly likely! 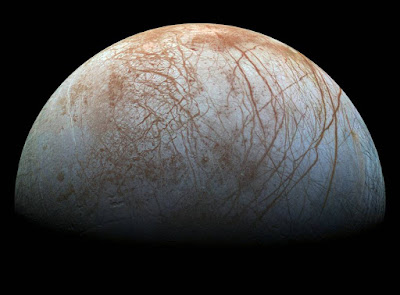 NASA's Europa Clipper mission is being designed to fly by the icy Jovian moon multiple times and investigate whether it possesses the ingredients necessary for life. Credits: NASA/JPL-Caltech/SETI Institute 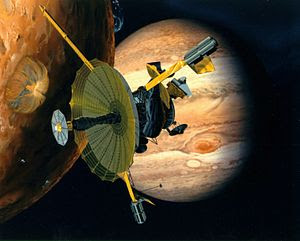 Artist's concept of Galileo at Io with Jupiter in the background; the high-gain antenna is fully deployed.