Creation Genesis And Origins And The Sumerian Kings List (Video)

Archaeologists have unearthed some pretty amazing and very revealing finds. The Sumerian Kings List is one of them. More than a dozen mysterious texts have been uncovered over the years and was found in the ancient Babylon, Susa. They are all believed to be copies of the original manuscript which was thought to of been written during the third dynasty of Ur by most historians but some think it might of been written even earlier? This is all amazing you need to check out this amazing video?

They are all believed to be copies of a single original manuscript which is thought to have been written during the Third Dynasty of Ur by most historians, although some believe it might have been written even earlier. 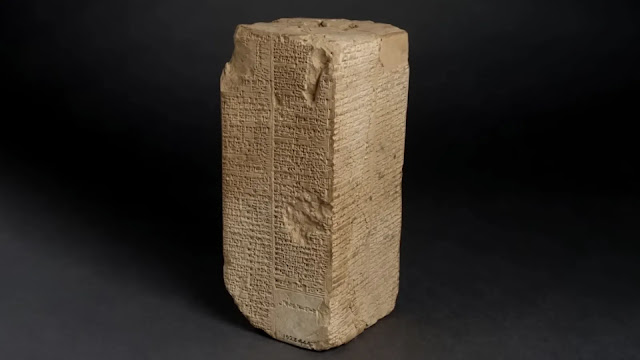 The best-preserved example of this ancient text is called the Weld-Blundell Prism and is on public display in the Ashmolean Museum. The Sumerian King Lists have baffled historians ever since they were uncovered by modern human beings. The text describes a fascinating period in history when beings referred to as gods ruled over humankind of tens of thousands of years. The manuscript makes reference to eight kings who ‘descended from heaven’ who ruled for an astonishingly long period of 241,200 years.

Each of these deified kings met their end during the Great Flood which devastated the population of the world. After the flood, the text claims that another ‘kingship was lowered from heaven’ and that these beings took up control of the people of Earth once again.

To say that these are amazing archaeology finds is an understatement! Everyone believes that 8 kings descended from the Heavens which is another direct reference to Aliens if you ask me? It just goes to show that one man's interpretation is another mans fun factor or however he/she feels on that day?

But what you can't argue with is the facts of the archaeological finds! So there you go, the truth is in the eye of the beholder i.e however you interpret this and to be honest, it is a brilliant and beautiful thing. The ancient Sumerians where so far advanced that they invented the writing system (out of thin air) and that's a great achievement.
Credit: History Channel YouTube/UFO Sighting's Footage.