IN DEFENCE OF HOME AND ALL WE HOLD TO BE TRUE?

I'm serious about this one guy's, this has to be one of them times where everything makes complete sense? I admit they're rare, lol but they do happen. Mars has always been a topic for NASA one way or another but not the same way as the Moon?

It's like the Mars missions are always seemingly happening one month or another? Like what is going to the planet Mars this time? It would not surprise me one bit if this is a real program?

Here's the research I have gathered from various sources throughout the internet which I think you'll like and even share it with your friends because guys I really believe that this is going on? If it is or not I just can't say for exacting definite?

It would be cool to know that we have military forces out there on Mars fighting and winning battles with other species on the planet Mars! that would be a brilliant thing wouldn't it?

Captain K’s testimony reveals that the main human colony on Mars is called Aries Prime which is located inside a crater. Aries Prime serves as the headquarters for the Mars Colony Corporation. Yes you heard right!

A secret Mars military base called Aries Prime. It's part of the Mars Colony Corporation. It could be true and it could be interesting to know the official stance on this by the government? 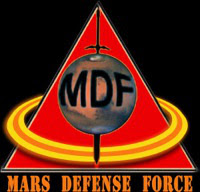 According to Captain K, the air is breathable on the surface of Mars, and the temperature could be warm at times. He claims that there are two indigenous species on Mars, both of which are highly intelligent. One of these was a Reptilian species that was very aggressive in defending its territory. The other was an Insectoid species that was equally capable of protecting its territory.

He said that indigenous Martians are not particularly interested in expanding their territory, only maintaining it. Captain Kaye said that as long as the Mars Defence Force and Mars Colony Corporation did not encroach on the territory of the indigenous Martians, there would be stable relations. So did he serve 17 years in a secret Mars military base? Guys this is as an incredible story like I've never heard before in my entire life? It is stunning of a story. If true, well then that is incredible isn't it. 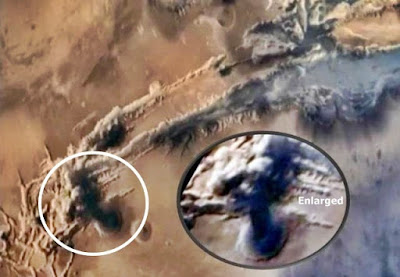 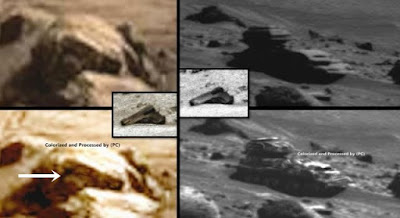 I've researched this a lot and guys, it is eye opening and really big! There is enough evidence as far as i'm concerned to say that this is real (Mars anomaly images, look it up) and to say that this is still going on to this day. If you want more evidence or reserve your judgement I can understand that? But, some people need less or more information before they make decisions, right.
That's their prerogative?
I'm one of those that like to go with what my common sense feelings and what my gut feeling is telling me? So for me, this is very real and it is why i'm now looking in to this and sharing my thoughts and opinions with you? Guys I've over 1,200 videos on conspiracies this isn't my first Rodeo as they say? I've gathered and learned a wealth, no actually I've gained a whole stack of knowledge from doing these videos (if some of it's true or some of it's just a hoax - perhaps I'll never know?) You don't have to believe the story and you don't need to understand it totally to appreciate the implications and complexities of having such a space force "as Donald Trump" keep's talking about and mentioning in recent days as of 7th May 2018?

One thing though is that it's very interesting a story.
I found a bit more information for you guys:

The ex-naval infantryman, who uses the pseudonym Captain Kaye, says he was posted to the Red Planet to protect five human colonies from indigenous Martian life forms. He claims he then spent nearly three years serving in a secret ‘space fleet’ run by a multinational organisation called the Earth Defence Force, which recruits military personnel from countries including the US, Russia and China. Captain Kaye’s testimony reveals that the main human colony on Mars is called Aries Prime which is located inside a crater. Aries Prime serves as the headquarters for the Mars Colony Corporation. According to Captain Kaye, the air is breathable on the surface of Mars, and the temperature could be warm at times.

(That just blew my mind because I believe it's correct?)

In testimony released to ExoNews TV, Captain Kaye said he was trained to fly three different types of space fighters and three bombers. He added that training took place on a secret moon base called Lunar Operations Command, Saturn’s moon Titan, and in deep space.

Here's more information from here that I found on this subject:

CAPTAIN “K” OF MARS
In the 1960’s there was a plan devised by the U.S. Government to have in place a conspiracy of denial with regards to the possibility that a new space program would discover the possibility of life elsewhere in the universe.

This plan, provided by the Brookings Institute, was completed in December of 1960 and pointed out the very real fear of social disintegration if humanity discovered in its cosmic sojourn proof of extra-terrestrial life. The Brookings report was very clear when it suggested that “Anthropological files contain many examples of societies sure of their place in the universe which have disintegrated when they had to associate with previously unfamiliar societies espousing different societies in different ways.” 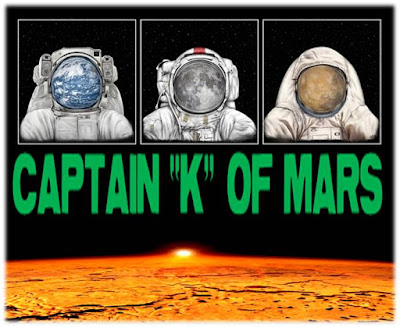