It is really sad to see these trains in Bolivia just rotting away and fading to dust before your eyes? It's very sad because these could be salveged as there's enough of them to actually do this? If there's anyone that could rescue these old steam trains it's the train enthusiasts of Great Britain? These old steam trains bring back a sense of wonder and glory for a whole host of people as they were literally the rock and rollers of their eras. Steam trains rusting away in Uyuni, Bolivia is a real shame. They seem to be everywhere one looks.
It's a shame but they still exist so I have mixed emotions about this? I saw them and wondered straight away how can this happen, how can they let this part of history just waste away and more to the point, can they be restored because it look's like all the parts are there albeit scattered about but there non the less? I understand if money runs out this happens but surely not to old classics of the steam era, surely not? But yet here we are and here they are! Or rather here they was? 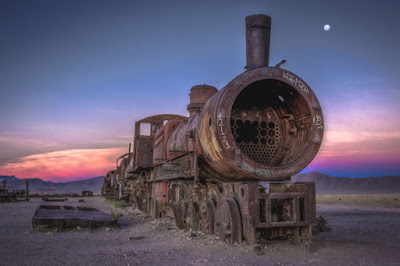 It’s a cemetery for trains, for locomotives. And it’s so big that it looks as though all of the trains in South America were moved to Uyuni, Bolivia, to chug their last chug. 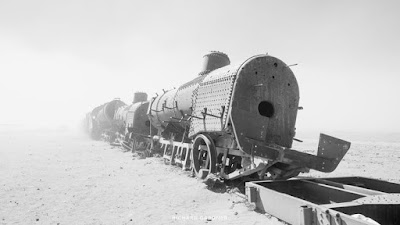 Filled with hollowed out bodies that have completely rusted over and other remains, the “Great Train Graveyard” can be found on the otherwise deserted outskirts of Uyuni, a small trading region high in the Andean plain. Uyuni has long been known as an important transportation hub in South America and it connects several major cities. In the early 19th century, big plans were made to build an even bigger network of trains out of Uyuni, but the project was abandoned because of a combination of technical difficulties and tension with neighbouring countries.

The trains and other equipment were left to rust and fade out of memory. Most of the trains that can be found in the Graveyard date back to the early 20th century and were imported from Britain. In other places in the world, the mighty steel trains would have held up better. The salt winds that blow over Uyuni, which hosts the world’s largest salt plain, have corroded all of the metal. Without guards or even a fence, these pieces were picked over and vandalised long ago. 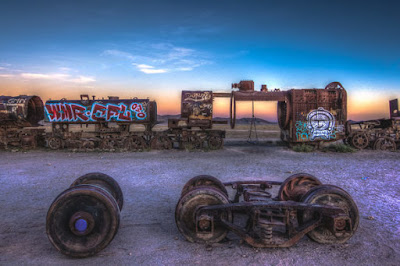 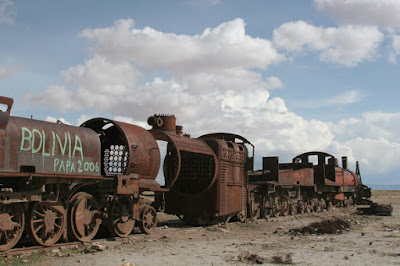 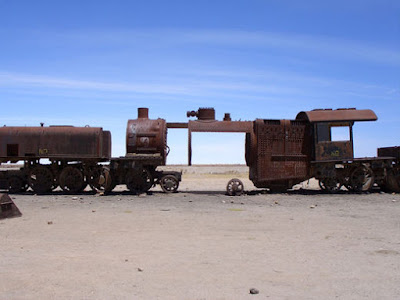 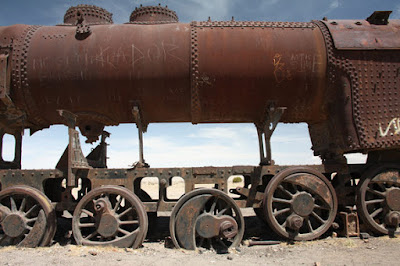 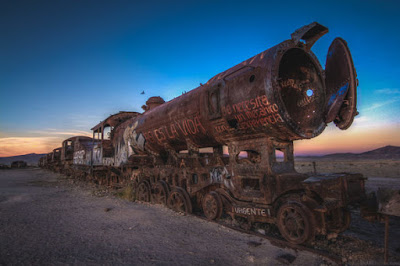 After looking at these for what seem's like 24 hours now, these trains need a lot of tender love by some enthusiast? I've decided that there's nothing I can do but cross my fingers that someone in the train community which I know is huge in the UK alone and they step up to the plate (excuse the pun) and try to take a restoration job on? I know they could cost as much as 3 million pounds and even more depending on which train your actually restoring? But it's definitely worth the time and efforts because it's history coming to life and to bring this back from the great train heaven in the sky would be amazing!