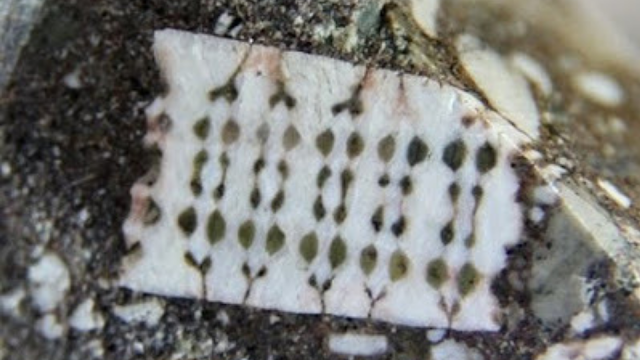 So after finding a whole plethora of ancient artifacts in recent times dating back millions of years, people have been finding weird and wonderful things, stuff or do-dad's and there seem's to be more to this "never ending story" of really odd, bizarre and even outlandish artifacts that keep on popping up! Here is another example of what I am talking about, a 250 million years old petrified microchip has been found inside of a rock.


This is not a crinoid and can't really be a slice of a crinoid because as you can clearly see, this is a microchip, it's a slice of regular and obvious looking circuitry if you we're to ask me? But, basing our understanding of what we call technology might not be what was used a million years ago? It has regular intervals were connections would be? I mean, look at it? It doesn't get anymore better than this and let's not forget that this is 250 million years old - its possible that it could be circuitry? Because its been dated, its been analysed and determined to be a micro hip. 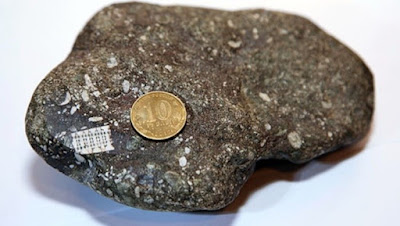 It is not going to look like a microchip that we are used to seeing right now, it was don't forget what the ancient humans or ancient Aliens (whichever species or intelligent life existed back then) used in the very distant past? They could of had similar but fundamentally different computers or PC's and maybe even went down another evolution route, that's if they evolved at all? They might not have put so much effort in to making them so small like we try to micro-size everything or shrink the size from huge to the size of a pin head which is part of the technology race to make everything for some unknown reason very small either wearable or so it can in places that no one can see?

When I see this I can't help but think of Star Trek and just how everything seems to be going along a similar route in real life, a kind of mirror image of sorts i.e the flip phone, 3D printing of food etc. This could even be something from the future that in 5,000 years was on a time travel trip and was lost way back? I'm speculating just how a microchip has come to be found inside a 250 million years old piece of stone? Is it us from the future going back in time or was there a real civilization more or less as advanced as us way off in the past?


Here's what a few online post's have had to say about this:

A Russian fisherman discovered an artifact containing a 250 million-year-old microchip proving that ancient advanced civilization exist. A fisherman named Victor Morozov from Labinsk, Russia found an artifact containing a microchip, which is estimated ageing 225-250 million-year-old, according to the result of carbon dating conducted by Russian paleontologists. Some of the researchers believe that the blade-shaped microchip could expose the advanced or extraterrestrial origin. 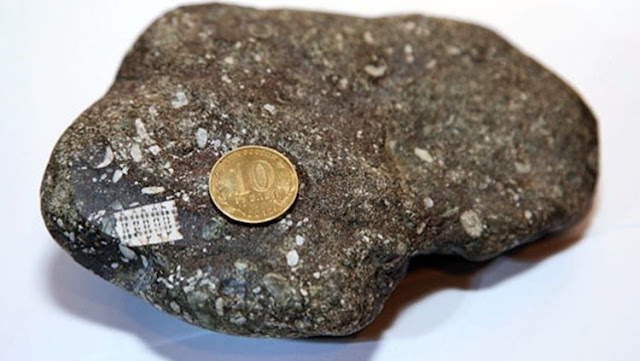 The microchip embedded on a rock, which allegedly exists when the Earth faced its worst extinction event during the last periods of Permian period. The experts were also looking at the possibility that the strange fossil could change the way how people see the history. The blade-shape microchip also stirred some speculations from the researchers that it has been created even before the age of dinosaurs.

While there are some skeptics believing that the object might just be a fossil of an animal or plant during the Permian phase. However, there are numerous questions regarding the object that needs answers such as who created this microchip and what was its purpose?

So there you go guys, what do you think about this amazing looking and certainly strange anomaly? Is it just a weird coincidence that this natural thing looks like a microchip or does this need to be looked in to further for answers? You decide?

One more thing, check this other strange find out... 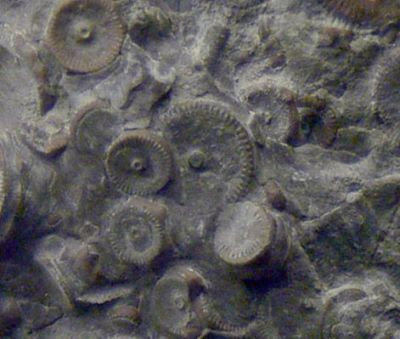 Rock with a screw embedded inside of it. 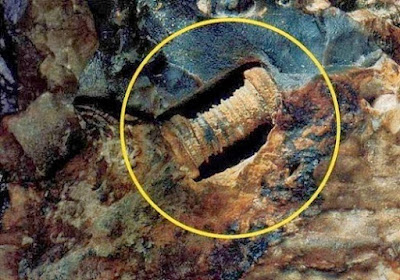 Weird stuff going on in the world.