Ancient Aliens has made some pretty reasonable claims, and presented a lot of facts about unexplained phenomena in it's very successful TV show. Von Däniken (a regular on the TV show) was driven by the fact that every major religion revolves around the story of a heavenly figure visiting Earth, and used this as the basis for his famous Ancient Alien Theory. One year after it was published, Neil Armstrong walked on the moon and re-sparked America’s interest in outer space and aliens, but von Däniken’s theory that ancient Gods were actually alien visitors is still highly contested.

Ancient Aliens May Have Found Actual Proof Of Extraterrestrial Life. 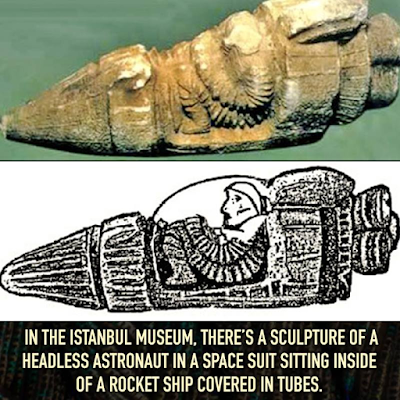 Early on in the History Channel's Ancient Alien's TV show, Ancient Aliens actually made some pretty good points and re-sparked an interest in asking the eternal question: could extraterrestrial life actually exist?

In 2002, the Mars Odyssey Spacecraft discovered reservoirs of ice hidden beneath Mars' surface, suggesting that life just might be able to be sustained on another planet.

Then in 2008, the Vatican even acknowledged that life on other planets is possible, and declared that it does not negate the existence of God. And long before either of those realizations occurred, Chariots of the Gods was published by Swiss author Erich von Däniken in 1968, in an attempt to prove that aliens had visited Earth thousands of years ago. Von Däniken was driven by the fact that every major religion revolves around the story of a heavenly figure visiting Earth, and used this as the basis for his famous Ancient Alien Theory.

One year after it was published, Neil Armstrong walked on the moon and re-sparked America’s interest in outer space and aliens, but von Däniken’s theory that ancient Gods were actually alien visitors is still highly contested. 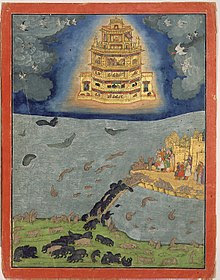 Ancient Aliens has made some pretty reasonable claims, and presented a lot of facts about unexplained phenomena. And while the accuracy of their scientific claims involving aliens may come into question from time to time, they certainly present some plausible explanations for otherwise unexplained events. So, was Ancient Aliens right? Who knows - but here's a list of every time their ideas made some sense. The truth is out there, but you'll have to decide if they've found it.
Guatemala City is home to a 1,500-year-old sculpture that resembles a modern day astronaut, complete with a helmet, a mouthpiece, and a breathing apparatus on his chest. Meanwhile in Columbia, thousands of tomb artifacts were recovered that all resemble modern-day airplanes, complete with fixed wings, an up-right tail-fin, and a fuselage.

Finally, in the Istanbul Museum, there’s a sculpture of a headless astronaut in a space suit sitting inside of a rocket ship covered in tubes. Where did these cultures get such advanced ideas about aerodynamics? Ancient Alien theorists believe that these are all examples of cultures documenting visits from extraterrestrials.

Many Religions Have Stories Of Flying Machines Descending From The Heavens. 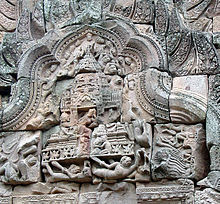 The Sanskrit word vi-māna (विमान) literally means "measuring out, traversing" or "having been measured out". Monier Monier-Williams defines Vimana as "a car or a chariot of the gods, any self-moving aerial car sometimes serving as a seat or throne, sometimes self-moving and carrying its occupant through the air; other descriptions make the Vimana more like a house or palace, and one kind is said to be seven stories high", and quotes the Pushpaka Vimana of Ravana as an example. It may denote any car or vehicle, especially a bier or a ship as well as a palace of an emperor, especially with seven stories. In some modern Indian languages like Malayalam, Telugu, Hindi, vimana or vimanam means "aircraft", for example in the town name Vimanapura (a suburb of Bangalore) and Vimannagar, a town in Pune. In another context, Vimana is a feature in Hindu temple architecture.

The predecessors of the flying vimanas of the Sanskrit epics are the flying chariots employed by various gods in the Vedas: the Sun (see Sun chariot) and Indra and several other Vedic deities are transported by flying wheeled chariots pulled by animals, usually horses. The existing Rigveda versions do not mention Vimanas, but verses RV 1.164.47-48 have been taken as evidence for the idea of "mechanical birds". 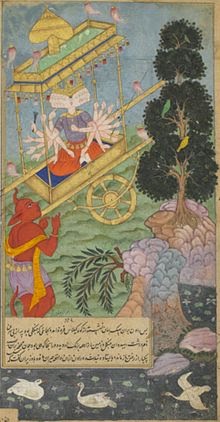 "Dark the descent: the birds are golden-colored; up to the heaven they fly robed in the waters. Again descend they from the seat of Order, and all the earth is moistened with their fatness." "Twelve are the fellies, and the wheel is single; three are the naves. What man hath understood it? Therein are set together spokes three hundred and sixty, which in nowise can be loosened." ("trans." Griffith)


Swami Dayananda Saraswati interpreted these verses to mean: "jumping into space speedily with a craft using fire and water ... containing twelve stamghas (pillars), one wheel, three machines, 300 pivots, and 60 instruments." although more likely the 12 fellies are the 12 months in a year, and the 360 spokes are the days (actually 365) in a year.

In the Ramayana, the pushpaka ("flowery") vimana of Ravana is described as follows: "The Pushpaka Vimana that resembles the Sun and belongs to my brother was brought by the powerful Ravana; that aerial and excellent Vimana going everywhere at will ... that chariot resembling a bright cloud in the sky ... and the King [Rama] got in, and the excellent chariot at the command of the Raghira, rose up into the higher atmosphere.' It is the first flying vimana mentioned in existing Hindu texts (as distinct from the gods' flying horse-drawn chariots). Pushpaka was originally made by Vishwakarma for Brahma, the Hindu god of creation; later Brahma gave it to Kubera, the God of wealth; but it was later stolen, along with Lanka, by his half-brother, king Ravana.