Early Report Of A Delta Shaped Craft From Washington State, US 1995

One of the earliest reports and witness reports of a Delta Wing shaped UFO from early on in 1995. This is a very good witness testimony and UFO report to NUFORC and shows how long the US might have been reverse engineering a crashed UFO to get it's technology secrets and engineer them back in to a flying craft. 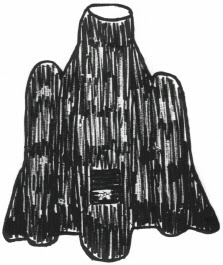 At approximately 2145 hours on Thursday night, December 29, 1994, a mother (with her six children) was driving north on the Zaring Cut-Off Road in southeastern Washington State, just 5 miles north of the Snake River.


Several of her children suddenly started shouting, and called the mother's attention to three extraordinarily bright lights above a recently harvested wheat field off to the right (east) side of the road.

This is how we've (USF) interpreted the information that was given way back in 1995. The place has changed very little but there's a few noticeable differences like the wheat field and the road itself having what appears to be a brand new surface? At first they thought the lights were the landing lights of an airliner at low altitude, perhaps making a forced landing in the field, and flying directly toward them. Then one of the older children suggested the lights were the headlights on a "semi" (an 18-wheel truck), but they almost immediately realized that description didn't fit, either.

The 3 lights seen on this craft means it could be stealth craft reverse engineered from a real crashed UFO?

Here's a video about reverse engineering a UFO.


Suddenly, the family began to see the objects that were attached to the three lights, and they were awed by the vision! They saw three coal black, delta-shaped craft, with articulating structures on their noses, from which the blinding lights were radiating. They appeared to be scanning the ground ahead of them.

The objects, apparently locked in tight, unwavering formation, slowly drifted across the road (and car) at very low speed, slowly turned left (south) and proceeded south parallel to the road the family was on. The mother submitted an excellent 3-page report, together with a drawing of one of the crafts she reportedly witnessed that night. In addition, she submitted a detailed drawing of the area and the approximate flight path of the objects.

The mother reported that the objects were right above their car, they gave off a barely perceptible humming sound ("...like an electric refrigerator..."), and they were close enough that a "person with a good throwing arm could have hit them with a rock." When I talked with her on January 01, 1995, (Our first call of the year), she was still seemingly upset by the experience. She volunteered that she was frightened to either drive, or even go outside, after dark, which is not uncommon among people who have had recent UFO experiences.


(Note: Ships of quite similar shape have been reported to the Center from all over the country.)
Link to our source of information.