Giant humanoids of the Antarctic continent

Humanoid creatures called The Ningen have been found on the Antarctic continent and is an unusually large a very rare creature that has been hiding under the ice in what we believe to be a system of caves.

Compared to a Human of today's era, these humanoid creatures are somewhat bigger - well I say "somewhat" but what I actually mean is these are fricking humongous things! Look at them, compared to us these things could slip one down it's throat and not even know it's just eaten Brad Pitt? Wishful thinking I suppose?

If I saw this on a holiday to the frigid ice wasteland of Antarctica I would run, no actually I'd sprint away not that it would do me any good as it could easily outrun me with one little step in my direction? It could even squash me with it's weird looking flipper thing?

It is said that Large, white-colored creatures which grow to up to 30 meters in length, with humanoid-like facial features inhabit the cold waters near Antarctica. No one knows for sure what they are, but numerous vessels claim to have witnessed the massive humanoid-beings rise from the depths of the ocean.


For the past couple of decades, rumors have circulated around the world about the existence of gigantic humanoids, strange forms of life that inhabit the icy waters of Antarctica. 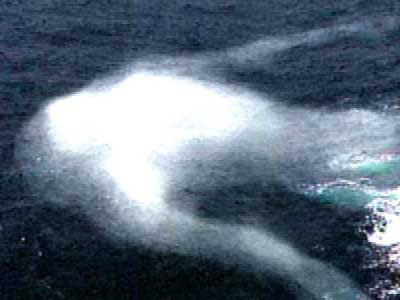 According to witnesses, there are creatures which are referred to as Ningen (人間, ‘human’ in Japanese) who have a human-like shape, often with legs, arms, and even five-fingered hands. Sometimes they are described with fins or a large tail like that of mermaids. The only visible facial features are the creature’s eyes and mouth various descriptions seem to vary among all who claim to have ‘encountered the mysterious beings.’

These Ningen Humanoid creatures are a theory right now. But that doesn't mean they don't exist? Because as we've (humans) said before in the past, but "only for that something thought long wiped out" and "thought to be extinct" to all of a sudden turn up in the sea swimming around like it's no big deal! I'm not saying that these are frozen in the ice 1 and a half miles in to and under the ice and when thawed out will be once again alive?

That's not what I'm saying but what I am saying is that that scenario I've just said has happened before! The easiest one for me to tell you about is Frogs? Some species of Frogs can be frozen solid and left frozen for months upon months at a time and then thawed out and they live! They hop about like nothing has happened or they we're never away. They eat, hop and reproduce as normal like they did before they were frozen for a long, long time.

So who know's if this is the same with this weird species of humanoid creatures? 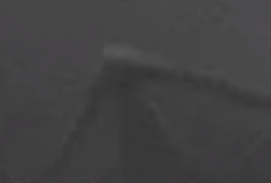 However, while there are many descriptions that try to depict the Ningen as clearly as possible, most witnesses seem to agree on the size of the Ningen. According to reports, these super-massive white-colored humanoid beings grow up to 30 meters. Maybe it’s a giant fish? Well, according to several reports and countless videos which have been posted online these mystery beings are unlike anything we’ve encountered before. Reports from one sighting explains how crew members of a vessel traveling near Antarctica observed what was initially thought to be a submarine in the distance. However, when they approached the unidentified submerged object, it was clear by the irregular shape of the object that it was not a submarine, but a living creature. When the vessel approached the creature, it quickly disappeared into the depths near the Antarctic continent.


However, Ningen have also been spotted in the Pacific and Atlantic oceans, giving rise to theories which suggest they are mostly nocturnal creatures and survive in cold arctic waters. Most of the alleged sightings occurred at night, making the mystery beings extremely difficult to document or capture on video.
So what on Earth are these creatures? For the most part, the existence of the Ningen is considered a massive modern “urban legend”. Much of the information about the Ningen goes back to a series of posts in the online community “2channel”, where an individual described seeing the giant humanoid creature, while serving on a “government whale research vessel,” when one of the alleged beings rose up to the surface and approached the vessel from the depths.

Here's an image of the supposedly 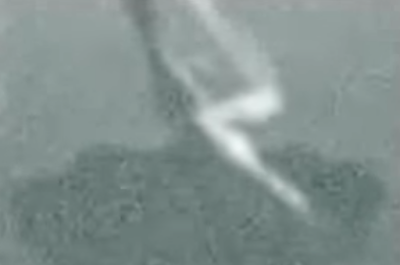 Soon the popular topic attracted the attention of many readers from outside these forums and the Ningen became popular among paranormal researchers. There are several theories including an albino whale, an unknown species of giant aquatic non-human ape, it could also be a new species of giant manta ray, an aquatic sloth, some even argue how it could be an unknown alien species, and well… a Demon or Monster. Take your pick?


Soon the popular topic attracted the attention of many readers from outside these forums and the Ningen became popular among paranormal researchers. There are several theories including an albino whale, an unknown species of giant aquatic non-human ape, it could also be a new species of giant manta ray, an aquatic sloth, some even argue how it could be an unknown alien species, and well… a Demon or Monster. Take your pick?

Source of our information is here follow this link to see more.