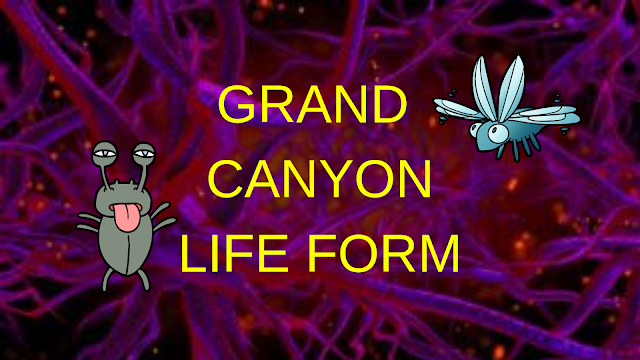 Is this really part of the disclosure project and a sign of things to come or is this just part science and entomology and also biology or does this prove that where. What have they done with this new life form? We will never know, will we? Or will we.


There was talk of another altogether different type of Alien but this time it was alot bigger. These are ancient Aliens from the Grand Canyon. Explorations in Grand Canyon. Remarkable Finds Indicate Ancient People Migrated From Orient.

The latest news of the progress of the explorations of what is now regarded by scientists as not only the oldest archaeological discovery in the United States, but one of the most valuable in the world, which was mentioned some time ago in the Gazette, was brought to the city yesterday by G.E. Kinkaid, the explorer who found the great underground citadel of the Grand Canyon during a trip from Green River, Wyoming, down the Colorado in a wooden boat, to Yuma, several months ago.

According to the story yesterday to the Gazette by Mr. Kinkaid, the archaeologist of the Smithsonian Institute, which is financing the explorations, have made discoveries which almost conclusively prove that the race which inhabited this mysterious cavern, hewn in solid rock by human hands, was of Oriental origin or possibly from Egypt tracing back to Ramses.

If their theories are borne out of the translation of the tablets engraved with hieroglyphics, the mystery of the prehistoric peoples of North America, their ancient arts, who they were and whence they came, will be solved. Egypt and the Nile and Arizona and the Colorado will be linked by a historical chain running back to ages which staggers the wildest fancy of the fiction.