There's been a few theories surrounding the actual Baltic Sea anomaly but this one seems to be the very best that there is to offer but even this one doesn't stand up to scrutiny? The submarine net anchor base is the best answer that anyone has come up with so far and to be honest with you, it is in my opinion not the right answer! The right answer as far as i'm concerned is that it's a very real UFO which has been there for such a long time. It's got stairs, a dome and other anomalous structural formations on it. Need I say more? 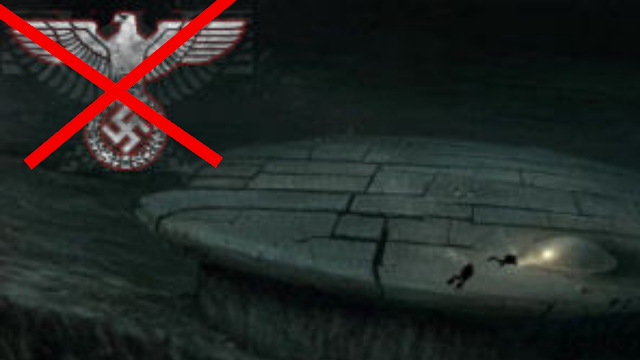 The Baltic Sea UFO Anomaly is NOT a German Anti-Submarine Weapon! Speculation and rumors have spread like wildfire since the story of the Baltic Sea UFO anomaly - or unidentified submerged object, story broke in 2011.

Is it a UFO, USO, (unidentified submerged object), natural seabed rock formation, or is it now a German Nazi anti-submarine secret weapon.


The original story started when the ocean explorers and treasure hunters Ocean X team, led by treasure diver Peter Lindberg, recorded a sonar image of an undersea object that looked like it could be a UFO, (shaped like the movie Star Wars, starship called the Millennium Falcon).

UFO enthusiasts immediately proclaimed the image to be a UFO saucer, and the story became even more sensational when claims were made that there was a Swedish government cover-up of the real facts of the object discovered. (see original Baltic Sea UFO story here) Now the story has exploded with new controversy after a retired Swedish Naval officer and WWII expert said the "UFO" at the bottom of the Baltic Ocean could be a secret Nazi anti-submarine device.

It was a Nazi Anti-submarine Net?

Anders Autellus, a retired Swedish Naval officer and WWII expert has said that the sonar scans suggest that the "UFO" at the bottom of the Baltic Ocean could be part of a World War II Nazi anti-submarine device. His explanation is that the Baltic Sea, and Botnia Gulf shipping channels were extremely important to the German war effort. It was their lifeline for not only their overall national needs, but also for the critical industrial supplies needed by the German war industries. 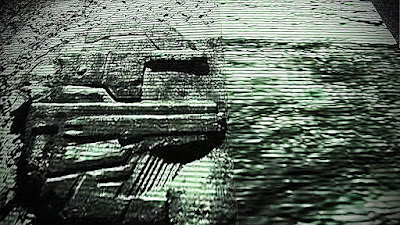 From ball bearings to heavy metals, it was transported to Germany through these waters. As part of his explanation; in order to keep British and Soviet subs from sinking their supply convoys, the Nazis developed a system of underwater wire mesh nets that not only impeded submarine navigation, but also confused their radar and sonar systems by "bouncing back" false signals. He supplied an artifact image from recovered German war files to back-up his claim. 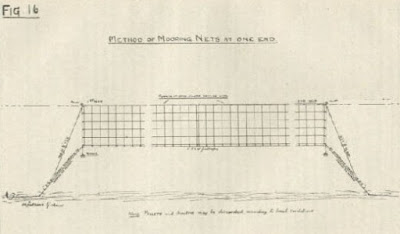 German War File Image of Anti-Submarine Net. The Germans were very good at some things but the Baltic Sea anomaly looks just to elaborate and totally unnecessary for my liking?

Is it really a submarine net anchor base? 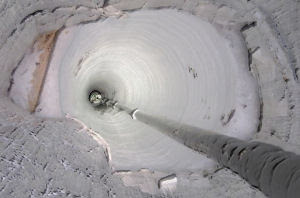 The net anchor to the side here looks very right to the time period? I mean why put unnecessary stairs, domes and other structural formations on to the base when all it needs to be is heavy and an anchor?

According to Autellus, the sonar images appear to be one of the underwater poured-concrete net-anchor bases constructed by the German engineers. He further pointed out the "hole" discovered in Ocean X team's second dive on the site looks exactly like the hole that tethered the net cables to the concrete anchors. He provided an old archive image of a German anti-submarine net base as proof of the similarities. In the images comparison, he pointed out that although the surface textures look different, that would be explained by the fact that the sonar image is of an object submerged on a seabed for almost 75 years, while the archive image of the German concrete base is an image taken immediately after the the pouring of the concrete.

Autellus also cites a portion of an unreleased dive video from the second Baltic Sea UFO expedition as further evidence that the object could have been part of a Nazi anti-submarine net installation.


It is definitely not a concrete submarine net base. There is no realistic comparisons." according to Swedish diver and ocean artifact expert, and member of the Ocean X dive team, Stefan Hogeborn. In a telephone interview with Swedish television station NTDTV, Hogeborn said the object they found wasn't even close to what an anti-submarine anchor-base would look like. 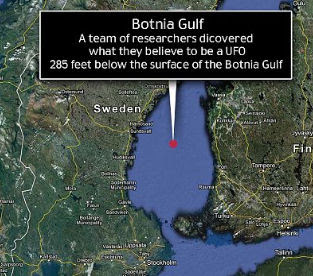 "There are two obvious and big problems with Autellus' claim. The most obvious problem is the size of the object, it is over 60 meters across. The concrete net bases the Germans used were only 3 or 4 meters across. There is just no way our object could be considered a net anchor."

"Secondly is the location. It is in the middle of the Botnia Gulf. If the Germans were going to put up an anti-submarine net to protect their shipping lanes, they would certainly do it at the more narrow entrance to the Gulf, not in the middle were it could be easily skirted."

Hogeborn further stated that he is not saying it is a UFO. At this point all anyone knows is that it appears to be an unexplained anomaly. He also stated that a third exploration dive on the site is being scheduled for the next week, or so. 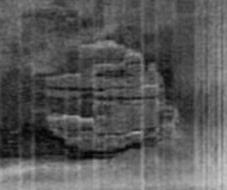