Absolute Proof You Are Now In A CERN PORTAL

The proof your in a CERN man made portal is here in this video. The research is good and the information is rational. CERN portal opening up sooner.

CERN LHC is an organisation that smashes particles together at very high speeds to recreate the the same conditions straight after the "Big Bang" so it can go inside and analyze these particles - you know, that thing which just appeared out of NOTHING? The thing your a prisoner inside of now?

They call it existence! The same reality which shouldn't exist because from nothing only comes nothing? Mmmh...

I know exactly how that sounds but it's a true observation at this point in time.There's a few theories floating about but that's all they are - just theories? Although these theories are from some extremely intelligent people who have taken many, many unseen things in to account and researched this subject to enable a more informed theory, that doesn't matter when one comes back to the original question: What was before the Big Bang?
Where did this reality come from?
Do we have to "invent a reality"
to prove we can exist in a man made - reality?

The Mayans predicted the end would come with the end of their amazing calendar. It makes one think of why they are even looking for other realities? The end has been predicted a lot of times right so did one of these stand out more and did they prepare for it by shifting us in to another dimension/reality hence "they have shifted us through a CERN LHC Portal".

I've got many theories on what they are doing at CERN. They changed the structure of the atom so is this changed atom evidence of the new dimension we are now in? The other reality or dimension had an atom which looked different so is this the ULTIMATE PROOF of a new reality where we now reside? 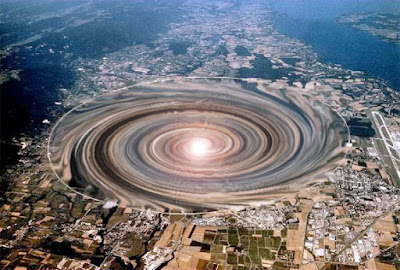 CERN LHC PORTALS.
Let's roll back a few days. This is CERN, the Nuclear Research laboratory on the border of France and Switzerland. It features the most powerful particle accelerator on Earth, the Large Hadron Collider, or LHC. What does it do? It accelerates and collides particles at 99.99% of the speed of light. And maybe, it could produce the very first lab-grown black hole. How big would that black hole be? What precautions would you need to take not to get sucked in it? And how long would it take it to destroy the entire planet?
Credit: Whatif YouTube Channel.
Will this portal allow us to get sucked in to a new place or will it turn us inside out?

Just recently a scientist at CERN was drunk and caused an EARTHQUAKE just with one little dial switch, oh and he was DRUNK! 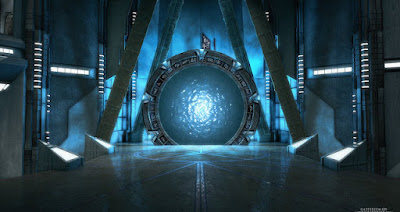