There was a day like any other in October 1995, but this day had a trick to play? It was Russia in the suburbs of Moskva, or Moscow to you and me. There was a supposedly UFO Ovni landing that day by surprise but waiting for it was two Russian military personnel. I know it sounds hard to believe and especially as there was a camera waiting for it also? So why was it faked, because I have a check list and this UFO encounter ticked every box.

Finally we have a video showing the landing of an Unidentified Flying Object (UFO OVNI) in Ostankino, outside Moscow, Russia - but this happened way back in October 1995.

Well that's when it was aired on TV Tercermilenio by a Mexican journalist called Carlos Clemente, but is it everything it's made out to be... 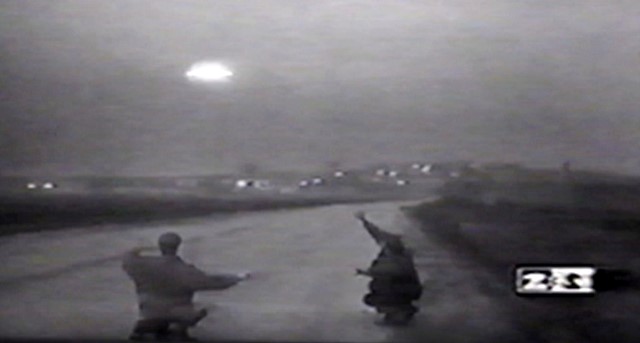 Imagine if you will, this actually taking place?


Just what does it mean and where is it now and what have the Russians learned from it and again, that's if this is real at all? 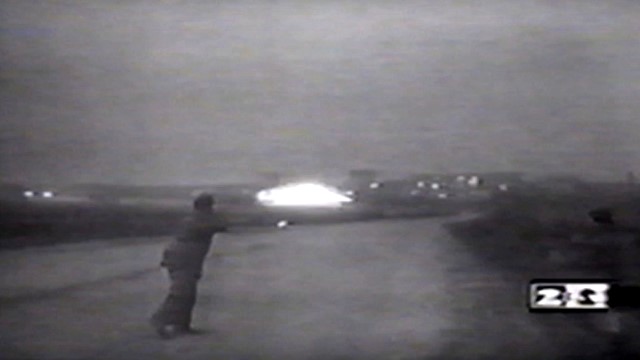 There's currently only 3 images that have been circulated and they must of been part of a video sequence (must of, right) unless it was a really fast finger on a vintage camera as it seems this is the case?

But still that doesn't take anything away from the epic sighting here, we have to give this the benefit of the doubt just like all the cases of UFO sightings.

I'm a bit suspicious though, that this happened "in the middle of nowhere" outside of Moscow and a camera made it's way there though?

So basically it was nowhere but right next to everything and that I'm afraid get's my flags waving in the air, because that's how it was reported!


It's as if the Aliens in the supposedly UFO where saying to everyone "hello I'm here" but got the wrong GPS coordinates and landed next to 2 Waiting Russian Military Soldiers WITH A CAMERA?

Or an improbable coincidence, that only happens once in a blue Moon - "or" on the order of Unicorn poop!

So who, what, why is my next set of questions?

Is there anything to be gained by this "video of 3 images" taken from a documentary.

Was there anything gained by this video - as a lot of time has passed by, since this supposedly event took place.

We could look back and see who benefited from this the most (if at all)? 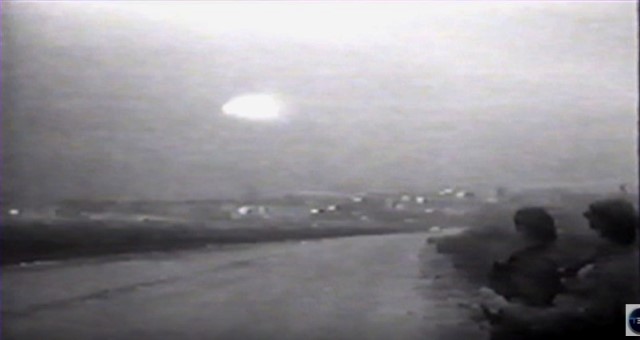 Russia seem's to be the very first "go to place" for faking a UFO video?

There's that many online fake videos of UFOs in Russia that even I fell for it in the beginning.

I saw my first Russian UFO video in the Ural mountains. I "think" it was and in a forest?

I thought, because there's many, many Russian soldiers surrounding this crashed UFO it must be true?

But then I saw another and another, then another. It was an avalanche of UFO videos with Aliens on the ground. Half sticking out Flying Saucers and uniforms here there and everywhere!

It was a cloud descending and a sad feeling knowing that the realization was "somebody is faking all these"!

Obviously it never took that many before I started smelling a rat. I think (if I can remember) it was after 2 videos that I started to see a lot of similarities: 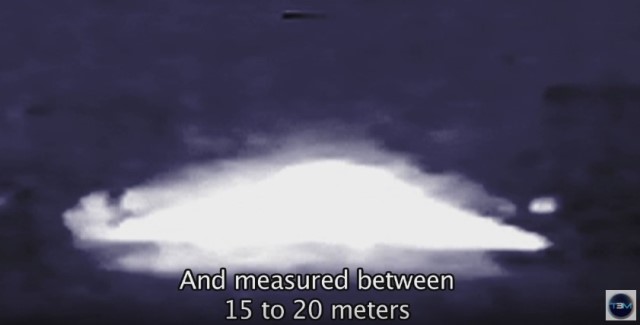 This image above is a close up of the image at the second from the top.

Russian soldiers in uniform. A deserted place. Something in the distance. Something to give a perspective of height, speed and size. Shaky video footage in black and white. A TV station reporting on it and a few stills from the video.

There you go, one great bit advice.

Guy's, I swear by this check list of abnormalities to check for when validating any UFO encounter, landing or sighting in Russia!


So yeah, for me this one is debunked all the way to the bank and I'll tell you why it is debunked? I checked my list! There's not one spare thing to check on?

Basically all the dot's lined up and there was nothing left out? It was like getting a hole in one straight away. So if your checking out a UFO encounter and your left with no questions and every question has been answered by your check list then:

IT IS A FAKE VIDEO.

Do you know what that is called? It's called "one group of people doing all these videos" and they have a standard model which they go from and shall I tell you who created that sheet for the group to work from?

It's usually on behalf of or directly ordered by NASA, the Pentagon and NSA. It's nothing to do with the Russian authorities.

It's all to do with the US Government and the non government organisations or NGO's because they:


They operate in Russia to make it look like the the Russian's making these videos.

Seriously I said it just a second ago, Russia is the go to place to make a UFO encounter video.

So anyways, I can't tell you about the other check list's that I have because you would be able to know what I do?

But believe me, the people who you would never think of are the one's making the SAME lies up - time and time again!

Some are like robots when it comes to their lies, it's very predictable also as I can predict their behavior as it's based on my check list.

It is disturbing who tell's the lies.

Behavior analyst's will understand this and they are the one's who can appreciate this for what it is, it's called human nature and it is very, very repetitive!

I write how I see it.

You might not even know it but you do the same things most day's when you set out to do something specific?

That could be a chore, showering, gardening or lying and cheating for example? Now apply that to words and language?

Yep, it's exactly the same!

I understand it's scary and sometimes it's one's own friends who let us (I say "us", because I don't want to say me) down the most.

I have to always, always let it go - otherwise I wouldn't have any friends and guess what EVERYONE is the same.

I'm sorry but it is true, my check list never let's me down. It is the one thing that doesn't let me down.

Source Maussan TV YouTube.
Link to our source of information.