Skull Fossil Discovered In Utah Looks Like It's Alien

New fossil of an unusual even scary looking skull is set to challenge the current understanding of the Cretaceous period timeline. A very surprising discovery has been made in Utah (of all places) in the form of a fossilized skull - but not just any old skull, oh no!

It has been found near Arches Park, on the Bureau of Land Management property, the remains are an important find due to their antiquity, coming in at approximately 130 million years old and also due to the fact that they belong to a creature that is half reptilian and half mammal. Most unusual looking skull.

This particular creature’s skull weighs about two and a half pounds. It has been named Cifelliodon Wahkarmoosuch, and it has somewhat of the feline features and molars for plant consumption. 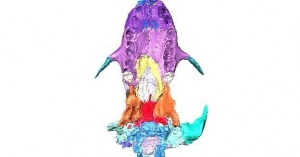 It is said to lay eggs but also provides sustenance for its offspring in the usual mammal way.

Adam Huttenlocker, leader of the research undertaken on the skull, reports its discovery is important as it offers new information of mammal-type creatures during the Cretaceous period. But look at the unusual structure and make up? It looks very, very dramatic.


Initially, it was thought that mammals of that era were pretty much uniform. But the CW demonstrates that there were in fact creatures in that early time that were able to do things similar to modern mammals such as fly, swim and have diverse abilities when it comes to food. Another perhaps larger result of this discovery is that:


"It may change the geological timeline"

- for the formation of modern continents. 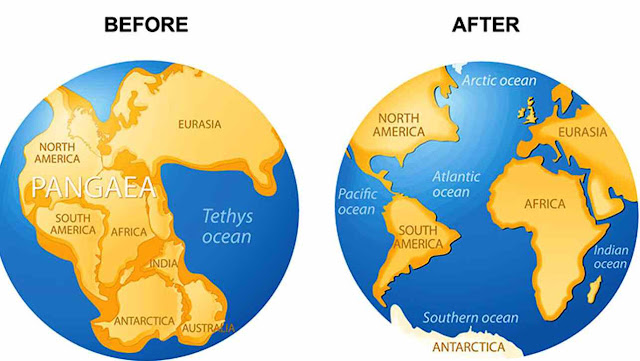 Pangaea is said to be a massive continent consisting of most of the current landforms. Originally thought to have begun its break down and slow drift towards a more modern looking globe, the CW may mean that the supercontinent started its separation about 15 million years later.

THE TIMELINES MAY BE OFF YET AGAIN! IT'S NOT EVEN FUNNY ANYMORE...

Seriously we keep finding so much evidence to say that the timelines of what the orthodox learning system is wrong! Totally and utterly wrong yet again! Most of our post's are bringing up dramatic contradictions in human history but now and it's not the first time we're also finding changes in the timelines of land formations and animals that we're supposed to not even be around then? Also there's the birds and the habits of said "animals"? 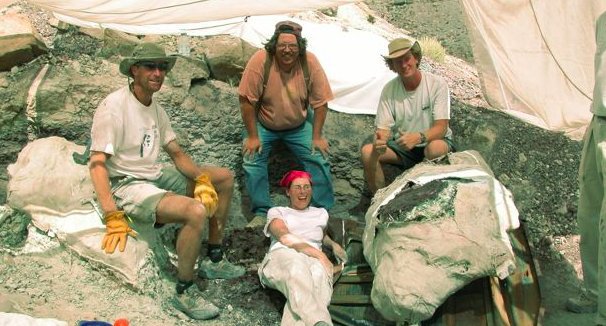 
The estimation of the super-continents prior breakdown period is largely due to the scientific evaluation of fossils. Huttenlocher’s paper was published in Nature on May 16 and suggests what is described as a “burst of evolution” in relation to mammals of the period.

“Based on the unlikely discovery of this near-complete fossil cranium, we now recognise a new, cosmopolitan group of early mammal relatives. For a long time, we thought early mammals from the Cretaceous (145 million to 66 million years ago) were anatomically similar and not ecologically diverse. This finding by our team and others reinforce that, even before the rise of modern mammals, ancient relatives of mammals were exploring specialty niches: insectivores, herbivores, carnivores, swimmers, gliders. Basically, they were occupying a variety of niches that we see them occupy today.”

The new fossil was found by paleontologist Andrew RC Milner but appears to have been either initially misplaced or simply unrecognised for what it was as it was transported with the remains of an Iguanodont called Hippodraco, a species that is determined to have lived in Utah around the same period as the CW. The skull was discovered beneath the Hippodraco’s foot. Currently, the fossil is on display at the Natural History Museum of Utah. 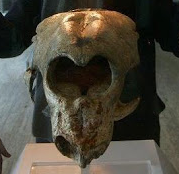 Here's the quote of the week:

SALT LAKE CITY, Utah (KSL/CNN) It may have weighed only 2 1/2 pounds and stood about 6 inches tall, but the discovery of a half mammal, half reptile’s skull in eastern Utah has huge implications for geologic timelines.

It's cheating, it's lazy and it set's the wrong standards in archaeology, geology, fossil tagging, chronology and dating is not reliable and what's more than that is that "we" look very, very substandard! It makes one look stupid and while the rest of the world is striding forward with the correct information we're working from a literal sheet of lies!


I call it lies because we have the correct information but choose to ignore it. That's makes it a lie (in my opinion).
I don't need to go on do I, absolutely not.

The information is correct as of right now, the way it should be.

There's a couple of places we've sourced the information:

From and both places have opened my eyes to the injustice that is going on in the very silent world of archaeology? it's a shame and I understand pride might be getting in the way? I mean, why change a well respected persons research? I'll tell you why we should change a well respected persons research and findings? It shows our understanding back then with the tools available and it shows our evolution of theories and facts? That's why it's very important to change the timelines of our earliest living creatures on this planet? If you don't know your past or refuse to accept your past, well we know that this way of doing this just doesn't work in any way you look at it?