The Most Disgusting Insect You'll Ever See

When you see this video you will understand why we gave this Alien like creature a bad reputation because what it does how it lives is the worst we've ever seen? It reminds us strongly of the movie Alien where the Alien bursts from the body.

Alien like insect that infests it's host's body then explodes itself out when under threat! OMG Just like the movie alien!

What the heck is this? It is from Taiwan is all we need to know? The Alien looking creature is very terrifying to look at let alone go near it, which we wouldn't do for a million dollars! This is like the "Horse String Worm" apparently, but it is not one and the same - we reckon?

This has tentacles and what looks very much like joints and active, moving antennas? Have you ever seen anything so bizarre looking in your life? If this was to burst out of your precious Cat or Dog for instance it would probably give you nightmares for the rest of your life! It has to be the "hands down worst creature-thing" that UFO Sightings Footage has ever seen and had the pleasure (not) of dealing with, lol... 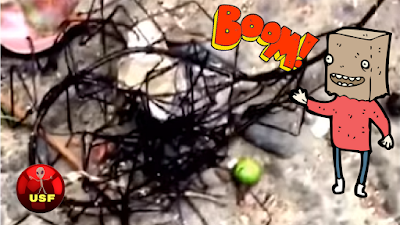 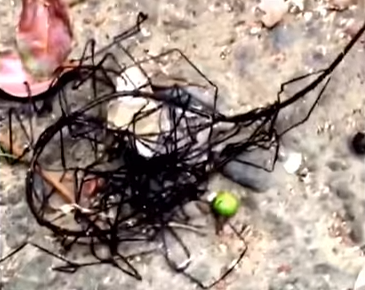 There it is after making a disgusting entrance!

We come across this doozy online (where else) and it caught us right off guard because it's the stuff of nightmares all wrapped up in a string like body that looks so disgusting! It obviously has a mother and a father and that has to be the only "thing" on this planet Earth that could possibly love this? Even then it is a strong contender for the strangest and weirdest looking animal type creature of the year award? I would nominate this in a heartbeat!