Depending on what you remember from the time CERN was recreating black holes and recreating the effects right after the big bang is going to determine how much of this you will be able understand? CERN has done things that no civilization in their right minds would ever do! Now I think that's putting it mildly? Recently for arguments sake a scientist at CERN got drunk and told his colleagues under him to "crank it up full" don't forget he's blind stinking drunk! Needless to say he caused an Earthquake measuring 3.2 on the Richter scale. He was arrested and that's it. I kid you not. That's just a taste of what they can do for "party tricks" can you even imagine what could happen if they lost control of the experiment half way through opening a black hole or recreating the big bang? Yes it would tear the planet a new A. hole.

CERN's research captures the imagination of lots of people, which is why CERN has been featured in a lot of science fiction books, even movies, around the world, a spokesperson for CERN told CNBC when asked about the Trump theory. "Mandela effect" examples include thinking Nelson Mandela died in jail in the 1980s, mistaking "Berenstein Bears" for its actual name "Berenstain Bears," and believing in a 1990s movie where comedian Sinbad played a genie. 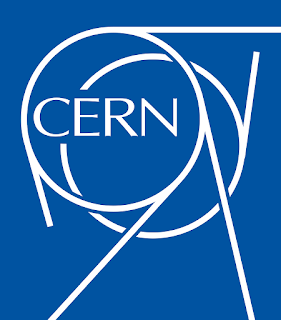 Seriously is it me or can you see 666 in the CERN logo? You know, the destroyer of worlds!
It's not even funny anymore.

The Mayans predicted it, Leonardo Da Vinci couldn't invent machines past the 20th and very early 21st century because it doesn't go further than that in that old reality. that's why he never drew any spaceships or science type stuff. He couldn't see that far because it didn't go that far! The same is with Nostradamus. How can you predict the future if it doesn't go that far?

I'm sorry but that is a Stargate!
I don't care what CERN says, what they say means nothing when you see it like this?