CERN Is Sending Entities Through A Dimensional Doorway (Video)

It doesn't take a genius to know that something really unusual is happening at CERN? The amount of people that "just know" is really eye opening. Some of these people when asked how do they know simply say "it just came to me"? It's like they have all this knowledge and don't even remember learning it, knowing it or speaking about it before with anyone? That for me is mind blowing! Then when one look's at CERN and the public information available it's then that the fear starts to happen. The conspiracies are under posted about. The theories are put to one side and then you look at them and think how is this in the "forgotten" pile? It's almost as if someone, some people are deliberately skipping the CERN question? They've been opeing black holes and recreating the big bang which essentially opening another reality inside of this one which right there is where all the worlds problems have come from. You need to watch the video for the explanation and if your not in the mood then please come and have a look as it will change your view point.

CERN nestled in Geneva is a very big experimental machine "big in every sense of the word - big!" The man made collider experiment which is the world's highest-energy particle accelerator. The collider is contained in a circular tunnel, with a circumference of 26.7 kilometers (16.6 mi), at a depth ranging from 50 to 175 meters (164 to 574 ft) underground.

Here's a quote from the big boss at CERN:

A top boffin at the Large Hadron Collider (LHC) says that the titanic machine may possibly create or discover previously un-imagined scientific phenomena, or "unknown unknowns" - for instance "an extra dimension".

"Out of this door might come something, or we might send something through it," said Sergio Bertolucci, who was the director for CERN's research and scientific-computing but now it's Fabiola Gianotti according to this directorate structure post as of 2018.

Director for Research and Scientific Computing at CERN. 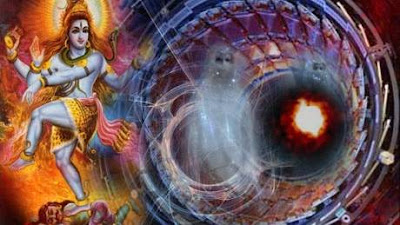 It is fast becoming a very dangerous place indeed. I'm talking recent Earthquakes by drunken employees and scientists recreating human sacrifice ritual (for real) they all got sacked when the secret video of the having this ritual right in front of the statue of Shiva no less found it's way on to the internet and as you can imagine, here we have so-called professionals at the peek of their fields and here they are taking part in human sacrifice for real.

Why there's no Police involvement as yet I don't understand unless they are conducting an investigation I just don't know? But they all got sacked and have been told never to go back to CERN premises EVER! That was by the big boss man himself. The woman who was sacrificed has still not been identified because CERN scientists says she doesn't exist? What the heck is going on at CERN, it's a very strange place. The experiments have the potential to swallow the earth and all the surroundings? We are not talking about some silly little experiments by scientists using labs and glass beakers! 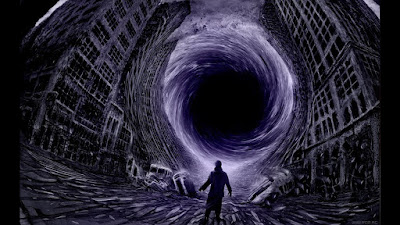 Not at all, we are talking about recreating existence itself! They are creating black holes, they are recreating the big bang. They found God, they found new Earths and they have created time travel. Now they are going to build a bigger LHC it's called the FCC, futuristic circular collider. This is going to be 80 to 100 miles wide.


We are all going to get swallowed up in a massive black hole because that's what the very first experiment is going to be, to create a black hole here on Earth and we could get swallowed up by it if they lose control of this black hole? It's very scary to say the lest. Please let us know what you think about this?