There's one Alien entity that';s been going around planets and Moons deliberately getting snapped in photos on purpose? It's the same stupid Alien all the time lol. He's gone now so good riddance and let's hope there's no more humanoid figures lurking or planning a trip to our neck of the woods? This has all been really fun, lol.
Here he is, the "wanderer returns"! This guy get's about. The Alien entity in question that I've named Allen, lol is seen in various places around our planets. I'm talking on the Moon, Earth (obviously) and well let the pics do the talking. 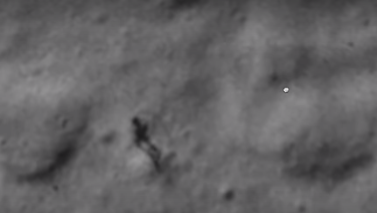 The 'man' ON at The Moon? Shadow resembling AN Alien-like Figure Captured Beside Craters ON at The Lunar Surface 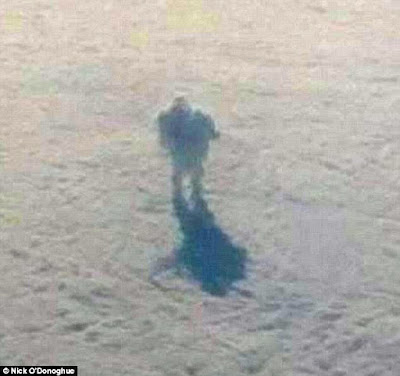 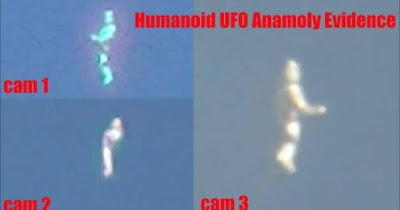 Here he is below acting silly with a sheet over him on Mars. 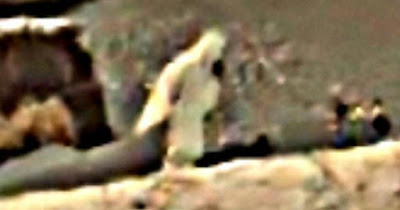 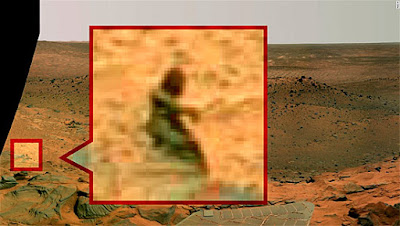 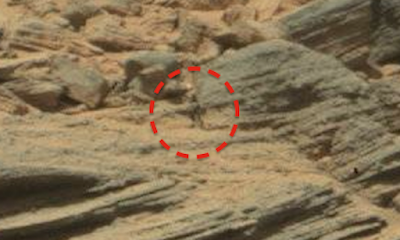 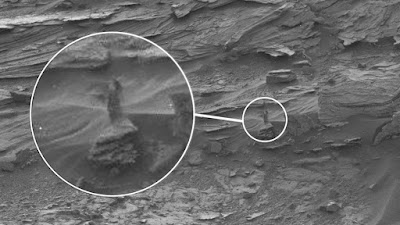 Last but not least, here he is messing with the Mars Rover. 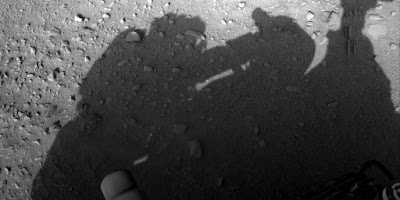