Now Beautiful Pristine Beaches Are Been Stolen For Construction

It's becoming a new trend and one that is on the rise, people are stealing the sand from pristine beaches for the construction boom across the world. Stealing sang is on demand from the companies in mining and construction. It's easier to clean pristine sand as opposed to local everyday sand plus it's closer to the exotic places currently experiencing a construction boom. It's disgusting to say the least. 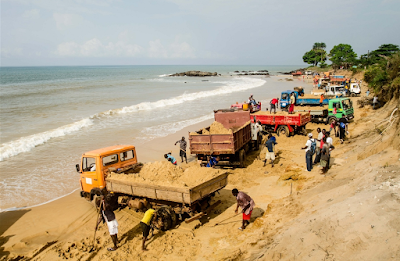 The world is being drained of sand! Sand is now being stolen by gangs of thugs and selling it on to the construction companies who are begging them for it. The world is literally sinking to new depths of depravity and swindling our heritage, the world heritage that is. Is the world running out of sand, really? The real truth behind stolen sand from beaches and dredged islands.

I saw this and immediately thought no way that can't be true, can it? Well it turns out that sadly it is very true. The gangs are only supplying the companies that are begging for it so what do we do? Who's neck do we throttle? Do we go after the gangs or the demanding companies who aren't bothered where they get their sand from?

Personally I say we put a tiny tracker on every grain of sand and track the crooks from satellites? Ha, lol. Like we could do that. I honestly don't know what to do about this one? Dredging sand is a legitimate business but dredging pristine beaches is not permitted. At least I don't think it is? Anyways it's morally reprehensible and nobody should be allowed be it legal or illegal.


I wonder what the world heritage foundation has to say about this?


The insatiable demand of the global building boom has unleashed an illegal market in sand. Gangs are now stealing pristine beaches to order and paradise islands are being dredged and sold to the construction industry.

Paradise is a beach, we are told. Pristine white or coral pink. We leaf through brochures in search of perfect sand. There is a Paradise Beach on Barbados, and in Croatia, and Thailand, and South Africa, too. In every tourist-hungry part of the globe, in fact. The naturalist Desmond Morris believes that, as descendants of water-loving apes, we are hard-wired to seek out these places, lulled by the rhythmic advance and retreat of the ocean as we soak up the sun, sand grains trickling through our workless fingers. 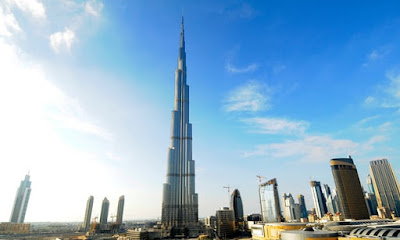 And so much to go around. Man has always used sand as an analogy for the infinite, a limitless resource, ordinary and yet magical, incapable of exhaustion. When astronomers seek to impress upon us the size of the universe, they speak of stars being more numerous than grains of sand.


There are quite a few grains, as it happens 7.5 x 10 to the 18th power, according to researchers at the University of Hawaii. That’s 7 Quintilian, 500 quadrillion give or take the odd trillion.

Yet sand in the right places is anything but infinite. Our insatiable appetite for new buildings, roads, coastal defenses, glass, fracking, even electronics, threatens the places we are designed by evolution to love most. The world consumes between 30 and 40bn tonnes of building aggregate a year, and half of this is sand. Enough material to build a wall 27m high and 27m wide around the equator. 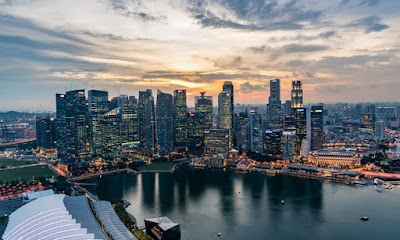 Sand is second only to water as a natural material extracted by humans, and our society is built on it, quite literally. Global production has risen by a quarter in just five years, fueled by the insatiable demands of China and India for housing and infrastructure. Of the 15 to 20bn tonnes used annually, about half goes into concrete. Our need for concrete is such that we make almost 2 cubic meters worth each year for every man, woman and child on the planet.

But what of those oceans of sand stretching from the Atlantic to the Persian Gulf – the Sahara and the Arabian Desert? The wrong kind of sand, unfortunately. Wind action in deserts results in rounded grains that are too smooth and too small to bind well in concrete. Builders like angular sand of the kind found on riverbeds. Sand, sand everywhere, nor any grain to use, to paraphrase Coleridge. A textbook example is the Burj Khalifa in Dubai, the world’s tallest skyscraper.


Despite being surrounded by sand, it was constructed with concrete incorporating the “right kind of sand” from Australia. Riverbed sand is prized, being of the correct gritty texture and purity, washed clean by running fresh water. Marine sand from the seabed is also used in increasing quantities, but it must be cleansed of salt to avoid metal corrosion in buildings. It all comes at a cost. Check this link for more information and the full story.