SpaceX has just entered a new phase. You need to check out this awesome post. There's loads of information that you can learn from this as I actually talk about a few things not just Elon Musk. 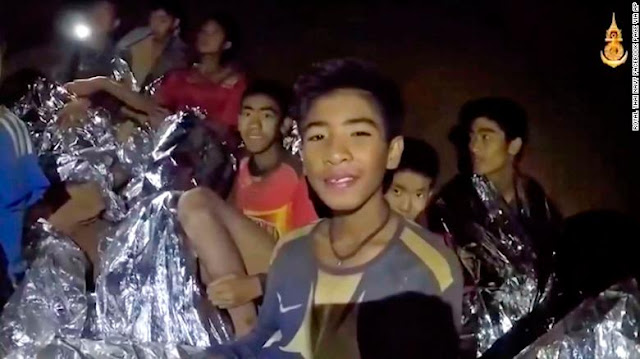 The first kids have just been freed and are safe.

Cheers Elon for this amazing and very heartfelt and generous decision to send your engineers to the cave in Thailand. I think that I understand the decision to do something - as I had this same feeling (I think) in my heart but

If I had the resources I would of done the same thing. Again, cheers Elon Musk for helping out. It shows us the real side to Elon that is very welcome and needed at this horrific time. 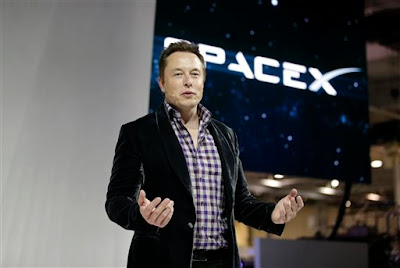 One wouldn't expect this from a very driven, busy, important and very futuristic guy, but as they say "never judge a book by it's cover"? This is so true. I think it's this type of experience that allows him to live in the future as the present is what we are judged by not the past! I mean, even the forgive and forget analogy tells that the past is always forgotten. Just because he's a million miles away, there are certain things in life that unite people from all different sectors and cultures.

In this case we've got a brilliant and educated (mostly self taught) and a country of frantic people with a volunteer force filled with amazing souls. Your rewards in heaven although you didn't want them, it's behind the forever invitations to your favorite points in history? You'll see it as there's a ordinary looking photo frame with the person most important to you next to it, have a good one. 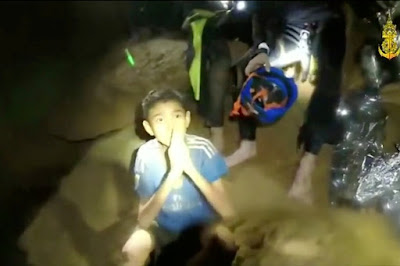 We are judged by the present and the present defines us in every mind that takes this in? The past is the past, it has no bearing on the present like the real time present does. People, although he'd probably like us to focus on something else like this Thailand tragedy unfolding live on TV, let's not forget that everyone can help and that is by sharing the plight of the kids in the cave.

Anyone can pray, you don't have to be a church goer. I am not. My beliefs are forever evolving and I'm forever improving my stance. A church that shouts about money being the route of all evil but then holds out a bowl for money!

I've learned that to live in a contradiction and know it's a frickin contradiction is insane. I'm not insane and therefore I'd rather just keep on improving my own beliefs and keep an open mind instead of telling you to give unto thee or else you'll let down the church...

That is one step away from "gaining monies by deception" it's fifteen steps inside of immoral and is unforgivable. To put the thumb on you and ware you down in jargon and analogies from long ago, that's unforgivable. Oh and by the way, he's on the TV live shouting for your  money but he's doing it wearing a $5,000 suit. He's driving a $125,000 car and his palatial house is in excess of $4,000,000 so to say that they are struggling is an understatement because they are not.

The map of the area where the kids are trapped. The Thailand kids soccer team have been seen by rescuers which are from the United Kingdom - UK. They were the the first people to see the children alive for the first time. This was a momentous time for the team back at the HQ. Everyone kicked it in to overdrive once they knew they was helping to bring out people alive instead of recovering bodies? 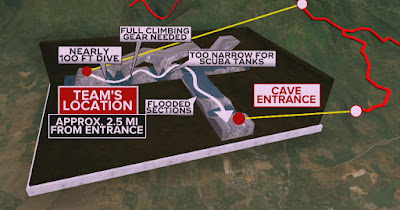 If he sold just one car, the one he only drives once a year (maybe) that money would be able to feed over 40,000 people. That's been very, very generous. I mean, it's for charity so yeah, you will get it at wholesale. This lying faker, scoundrel, disgusting monster of a disgusting fraudster and manipulator of emotions and master manipulator of beliefs and commitments. There you go, who need's help really?

2, Little Edwardo in one sandal (his brother wears one) and shorts passed down from village to village not brother to brother. Sometimes it's country to country? His transportation is the one sandal he has. His home is a hut made from cattle dung which they bought but went hungry for a day to buy it? It's a real decision. It's a real life decision! You've probably never had to choose between buying cattle dung or to go hungry for a day, not just you - the full family has to go hungry.

So i ask you again, who is the one in need? Pick one? Who is the one that WILL be doing the same exact thing this time next year, STILL? Sorry I Actually tricked you a wee bit there but I had to in order show you the truth. Because the choices is actually part of a trick question. Because:


They'll both be doing the same thing next year! Your going to change nothing but his bank balance.

Prayer is the last refuge of a scoundrel so...

A very, very intelligent man (and dashing in good looks) once said to me that if you are a part of the problem you are just as culpable as the man in charge. If your funding any scandal then your actually legally liable. If you are the one in charge of giving the "yes or no" for the funding being handed over from your bank to his - then you are just as guilty as the man in charge and will be dealt the same way.

This stuck a cord with me because if you think about it, how many people are out there totally oblivious to their own part? Oh yeah, ignorance is no defense. You cannot and nor should you be able or allowed to say "oh I didn't know"?

Ignorance is legally not a defense.

And it struck a cord with me because was we not all scoundrels at one time? Have we all done wrong at one time in the past? Is prayer where you could of found me straight after knowing I'd done wrong? Your not a bad person and shouldn't be punished for something you have already been punished for, but these TV evangelists are continually and knowingly every single day going on live TV asking for a new holiday erm I mean to help a new poster child for their cause? 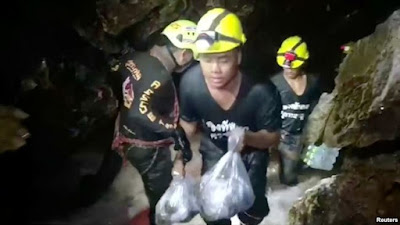 
The bulk of his "cash and gold" is in safe place(s) (usually in safe havens). His wife's jewelry of diamonds, sapphires, rubies, emeralds and pearls. His watches are Hublot, Rolex, Audemars Piquet, Vacheron Constantin, Patek Philippe, Blancpain and yeah and don't forget the usual everyday Casio metal strap watch - you knowso her husband can always no matter what he can keep up appearances that your both down to Earth?

Guys, the designer clothes are insane. The footwear alone numbers in the tens of thousands of Dollars!

Sorry i'm gonna have to stop there because it's going to get disgusting even more if I tell you about his passion for aircraft's.

So again, who eff is in need? 5 pence of you one Dollar goes to the charity and all the rest goes to him. By the way 4 cents goes on admin costs.

So, legally your culpable and morally your void.
An honor guard hold up a picture of Samarn Poonan, 38, a former member of Thailand's elite navy SEAL unit who died working to save 12 boys and their soccer coach trapped inside a flooded cave as family members weep at a airport, in Rayong province, Thailand, July 6, 2018.

His death, the first accident since the rescue operation began almost two weeks ago, highlights the perils of the operation to get the team out from the flooded cave the same way. 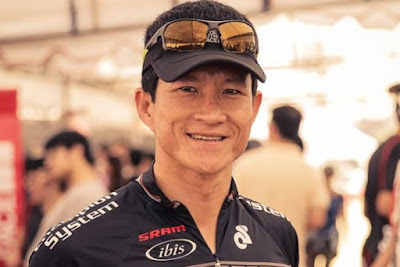 Looking really handsome and always dedicated to whatever he did. Amazing person all round and he actually passed away saving another life and that for me, that just tears me up. What an absolute hero. He is the very very essence, definition of a hero. Your was a life of giving, yours is a place of fun, laughter and you will always be remembered.

Let your selfless and heroic act that day rain over us all and wash away the greed in the world. Thank you Mr. Samarn Poonan. Rest your feet up now. Although we'd rather you be here, but what you did is what you loved and helping others is how we will remember you. 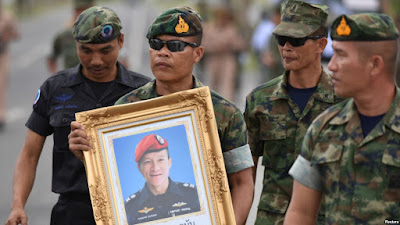 But there is a light and this is the light shining down on Thailand. The cave in which these young lads would have definitely perished now have a really good chance of making it out (the first have just - been brought out right now 13:11pm Sunday London time) and making the rest of their lives amazing.

Again, cheers Elon for this massive, huge gesture of good will. It means a lot to the world but it means everything to the families and the kids themselves. Cheers buddy.

So no matter how much you argue that it's wrong or it sounds terrible and "or" it's horrible to say that praying is a scoundrels business! No matter how much you argue the odd's, you know there's truth to it and as they say, give yourself over to the truth. Submit yourself to the real truth and you'll set yourself free. The biggest part of praying is taken up by honorable and wonderful people. These are not who I am talking about. It's nothing to do with the majority of honest, dedicated and loyal people.

The real truth, is however you see it?