Has Nostradamus really prophecised the whereabouts of The Ark of the Covenant? He was good at prophecies and prophesying the future as it was his strong point. But could he also delve in to the forbidden knowledge of religion? That is all in the eye of the beholder and as always, it's up to you to decide.

There's exciting news afoot that the Nostradamus prophecies has actually been deciphered and told us all where the final resting place of the Ark Of The Covenant is?


Guy's this is a story and this is an intriguing one because the Nostradamus prophecies have shed light on many, many things that have happened but in the future! Or should I say they have come to pass?

This is what a prophecy is. If this prophecy is correct (and I see no reason to doubt it) then this is going to change everything in modern history right down to the smallest details also everything in ancient history will have to be looked at again? 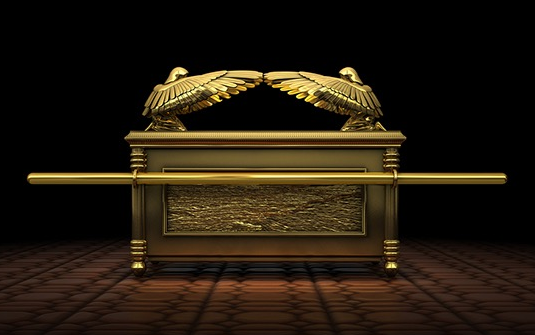 Did you know that Nostradamus has millions of believers world wide? Did you know Nostradamus predicted the second world war, He predicted The Great Fire Of London, the French revolution and even Louis Pasteur.

If this prophecy is proved correct and we find The Ark Of The Covenant then it means Christianity is correct, it means the atheists are going to "have to" convert and the ultimate thing from this is that God is real and that the theory of evolution and all that hocus pocus is out window for good.


From the depths of the West of Europe, A young child will be born of poor people, He who by his tongue will seduce a great troop; His fame will increase towards the realm of the East. Also - Beasts ferocious with hunger will cross the rivers, The greater part of the battlefield will be against Hister. Into a cage of iron will the great one be drawn, When the child of Germany observes nothing.

Holy crap, this is just amazing stuff and guy's, he's (Nostradamus) has told us where to find the Ark Of The Covenant! Call me naive but he practically said the word Hitler "from Germany" so I'm airing on the side of cautiousness and going with the fact that there's always going to that one person who say's exactly what will happen because the English language and language in general allows one to literally put words together in any order.

Some makes sense and some do not. Random words etc. But if you put them for instance like this:

In the future two wars are done one to go - by their own hands. The ships as big as skyscrapers will fight it out roaring as they both are burned from far away in the fire that consumes the world. Pressed in to action but by words between "the two mighty lions" where their words where misunderstood that came between three from this, but at the end was to late for 8 billion.

See, it sounds like gobldee gook, and it is! But if we went through a 3rd world war and some of the few hundred people left on Earth saw this post they would see it and maybe say OMG the war was started by two frigates at sea and the presidents translators got their words wrong and in the end they both literally went mad or Mutual Assured Destruction!

I know it's how ever you interpret the words of Nostradamus but he literally wrote the words of Hister from Germany will cause a war. that for me is insane and he did this in the 1500's. So explain that one and yeah, he might not get them all right but wow, he sure did a brilliant job with the second world war I mean all he got wrong was ONE LETTER! Change the letter "S" to a letter "L" and put it in front of the letter "T" and it says Hitler.

Now I hate Nazis and everything it stood for. This is way an amazing prophecy. Imagine if someone solved the Hister thing before the second world war and took him out? I know it could never happen but...

I found this online story about Nostradamus and the Ark Of The Covenant:

Did Nostradamus know the final resting place of the Ark of the Covenant? It will be revealed to the world precisely when it was meant to. Christians in Ethiopia have long claimed to have the ark of the covenant.

“They shall make an ark of acacia wood,”

God commanded Moses in the Book of Exodus, after delivering the Israelites from slavery in Egypt. And so the Israelites built an ark, or chest, gilding it inside and out.

The Ark of the Covenant, also known as the Ark of the Testimony, is a gold-covered wooden chest with a lid cover described in the Book of Exodus as containing the two stone tablets of the Ten Commandments.