This is a post about a UFO sighting in Brooklyn New York in the USA of a Black Triangle probably called a TR-3b or tr3b as some people call it? This is a great piece of evidence of maybe a UFO or a stealth craft? There's no way of actually knowing but still, you can check out these amazing and brilliant photographs taken by the witness. 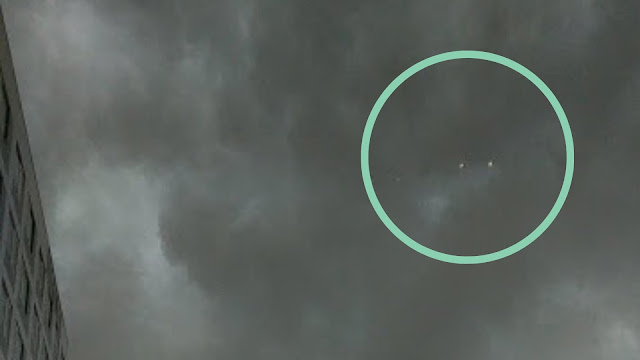 Here's a UFO sighting from Brooklyn in New York in the United States that the witness claims is a Black triangle UFO? We do know that something was there, without us been there we can't say for sure what it was but there was definitely something unusual there and it was big enough and strange enough for this person to photograph it and report this UFO footage to the MUFON official UFO reporting center.

The Mutual UFO Network is a large probably the largest UFO and Alien archive where most of if not all the UFO and Alien reports are sent to? There's a huge archive of history changing, world changing and people changing materials within this unusual and otherworldly amassed archive that when they go through it fully the results will definitely change everything, or at least it should do?

You'd think it will, but in all likelihood it just might not change anything at all because the status quo is that they don't exist even though NASA is publicly looking for them, so they are open to the idea that they are real? That's what I would assume? What do you think about this amazing UFO sighting from Brooklyn, New York, USA. 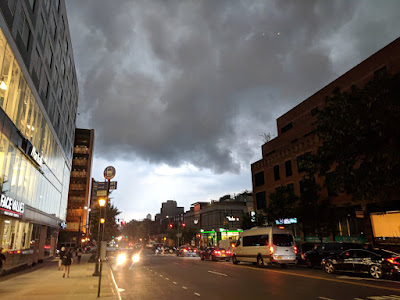 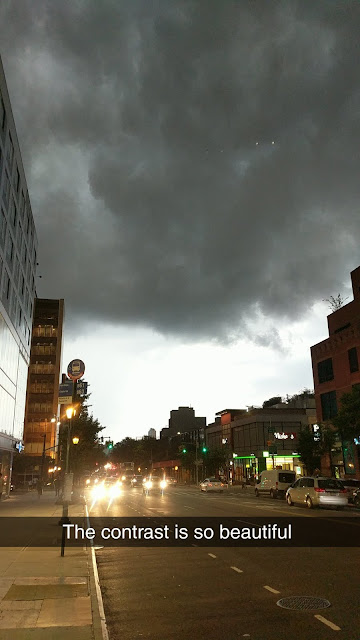 Detailed Description
This report is gonna be long, but what i witnessed is very atypical i think for a ufo sighting. it was a normal day at my job, at some point i go to take my 15 minute break. i step out to get some air and walk down the block to have a smoke. the first thing i notice is a weird feeling inside me, something felt "off" like being watched. at this moment, dark storm clouds are making there way above and then past me. the clouds are ending just a few blocks east and the contrast of light and dark are beautiful, lightning flashes in the distance.

The sky looked amazing but also odd so i took photos, two exactly. the first was a snap-chat and the second was for my gallery. i posted the latter pic on social media and continued looking at the sky facing the ufo, just in awe of the beauty. i look at my phone and someone commented about the lights and i'm like which ones? then i look at my photo and see them. i look up and see no ufo, i go back to my phone and that's when the weather got weird. there was a flash of lightning very close that i felt it, so i put my phone away and in that minute it took for me to run down the block and across the street, there was at least 10 strikes within the immediate area, intense electric feeling. i then made it back to safety indoors and studied the pics, only to spot two more showing in my snap-chat photo. two things strike me as very odd.

The whole time i was facing the direction of the ufo looking right at it. yet, my eye did not capture it but the lights are bright in the photos. the lights themselves looked like eyes, which is extra creepy given the feeling i had of being watched. the invisibility to the naked eye is telling me that this is something or someone very much didn't want me to see or have/ the second thing that strikes me is how almost immediately after realising i had documented a ufo sighting, the lightning went absolutely crazy. people were running for cover like bombs were being dropped. I've waited my whole life to document something like this. lat photo is the snap-chat edited full with ps exposure contrast,full neg brightness and clearly shows at least four orbs. 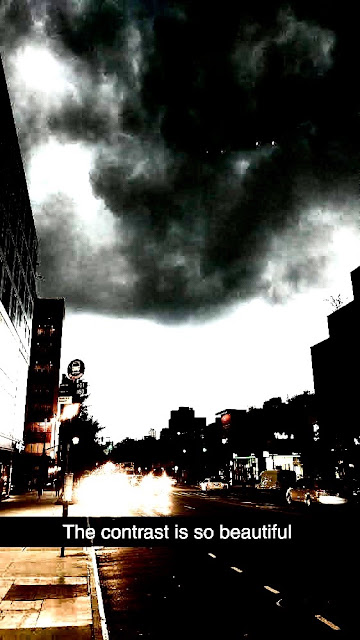